A poetic response to stories of struggle 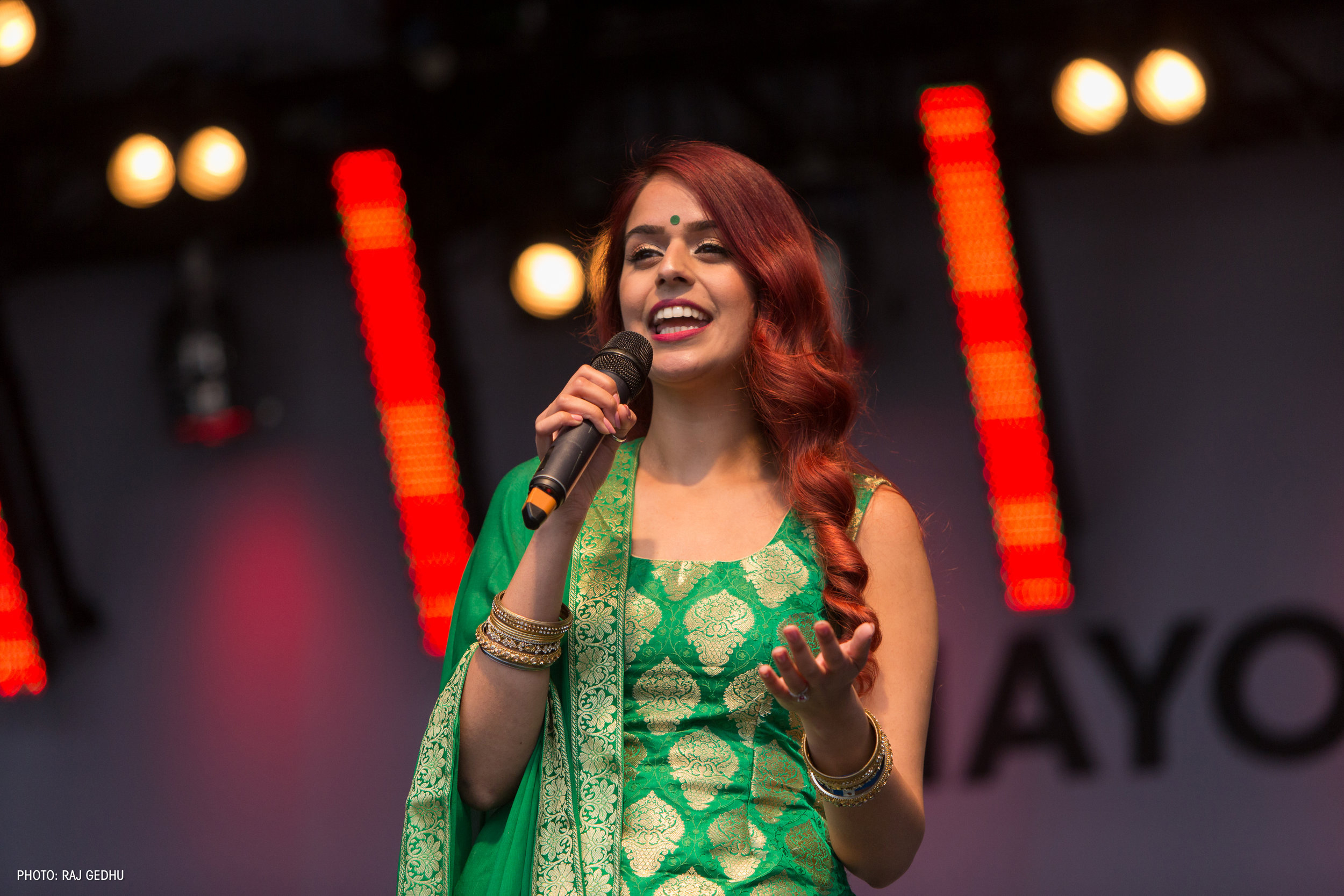 SPOKEN word artists have lit up the live scene with sparkling poetry in a big way in recent years and added a bright new dimension to popular culture.

Jaspreet Kaur, better known as Behind the Netra, has been part of that exciting new wave and used the power of words to entertain audiences at a wide array of live events. That first connection with creativity started when she started writing poetry as a 13-year-old, as a way of expressing and releasing teenage emotions. “Writing not only became my form of expression but also a way to unpack, explore and navigate what it meant to be a brown girl growing up in the east end of London,” explained Jaspreet Kaur.

The frustration of not being able to find strong brown women in mainstream media inspired her to channel that energy into poetry and writing, as a way to share important stories from her own voice. Then while doing a masters in Gender Studies, that passion for poetry began developing into its spoken form. “At the time, I was writing research topics on significant issues within the south Asian community, such as ongoing son preference, mental health stigma, body image and changes needed in wider institutions such as social policy, education and the workplace. I knew not everyone has the time to read a 20,000-word thesis, but they might have the time to read or listen to a short poem. So, I plucked up the courage to attend an open mic event in west London in the hope to voice the social injustices that I was writing about in my research and poetry. It was my first ever live performance and the first time I shared my poetry in a public space,” she said.

The following day the poem entitled Queens and Corpses, about the ongoing son preference in south Asian communities, went viral and struck a chord globally. That made Jaspreet realise the power of the spoken word and it became a powerful tool for her own self-confidence, to start conversations, shake up the status quo, and impact positive social change. This subsequently led to many live performances, signing with Pan Macmillan for her debut book, Brown Girl Like Me, in May 2020, and a journey exploring what it is to be a brown, British feminist in this new decade.

The latest chapter in the increasingly interesting journey where she is taking a deep dive into
important issues affecting Asian girls and women, is her collaboration with acclaimed musician Sarah Sayeed for Savitri, which premieres at the Leeds Opera Festival on August 27. The live piece combining music and poetry reimagines Holst’s epic opera of the Sanskrit tale Savitri for 21st century audiences. “I was really keen to write a spoken word poem about Savitri that conveyed her as independent and assertive, but also how her devotion, wisdom, intelligence, and fighting spirit show how multi-layered a woman can be. I feel that this is something many brown women here in the UK can resonate with.”

Jaspreet says that Savriti’s story has often been “told on her behalf”, not only through Holst’s opera but also through other writings, music, poem and 34 films, but she wanted to write a spoken word poem from her voice as if to tell her version of events. “In Holst’s version of the Savitri story, Satyavan, her husband, is aware of maya (illusion) in theory but oblivious to the fact that he is in its grip. It takes all of Savitri’s ingenuity, love, and conviction to overcome death. I wanted to convey how Savitri is spiritually superior to Satyavan insofar as she has already understood the experience of maya (‘once I knew maya, now it is forgot’) “Ultimately, it’s a story of her autonomy and choice, but also a story about love. I think Savriti’s story reflects many nuances of what it means to be a brown woman even today. How we can be both soft and strong.”

She enjoyed working with Sarah Sayeed on Savitri and says they connected instantly. Both were excited to unpack each other’s vision for Savriti and the story they wanted to portray for her. “I love collaborating with artists that are willing to take risks, experiment and ultimately produce imaginative creations. Sarah has done that with kindness and humility, and we’ve had lots of fun along the way.”

The biggest challenge they faced while collaborating on Savitri was having to work virtually because of the pandemic. Jaspreet is confident that the audience will feel moved, captivated and empowered by their work. “I hope they’re able to see Savitri’s story in a new light, one that they may have not considered before. Ultimately, I want the audience to see that a single story can be interpreted in a multitude of different ways, and that’s a beautiful thing.”

She is happy spoken word has become popular in recent years and thinks it’s a great way to voice untold stories and struggles. The writer, poet, teacher and spoken word artist is committed to using her work to tackle gender discrimination, mental health stigma, the postcolonial immigrant experience, and taboo issues within the south Asian community. She is looking forward to performing live again, now the world is slowly opening up.

“Performing live is one of the things I missed most during the pandemic. Seeing the audience’s faces, their expression and having the chance to speak to them face-to-face help me grow as an artist. It allows me to learn what my audiences most engage with, what I could write more on, and it’s always wonderful to hear how an audience has connected to or interpreted my work.”

Jaspreet is inspired by her parents, students, and young people she works with, and the sense of purpose she finds in her work. “Whether it’s teaching, writing, or performing, it all helps connect me to the Sikh principle of sewa, which means selfless service. Sometimes it’s easy to get caught up in the noise around you, so I find it important to stay grounded and remind myself of my mission to help people.”