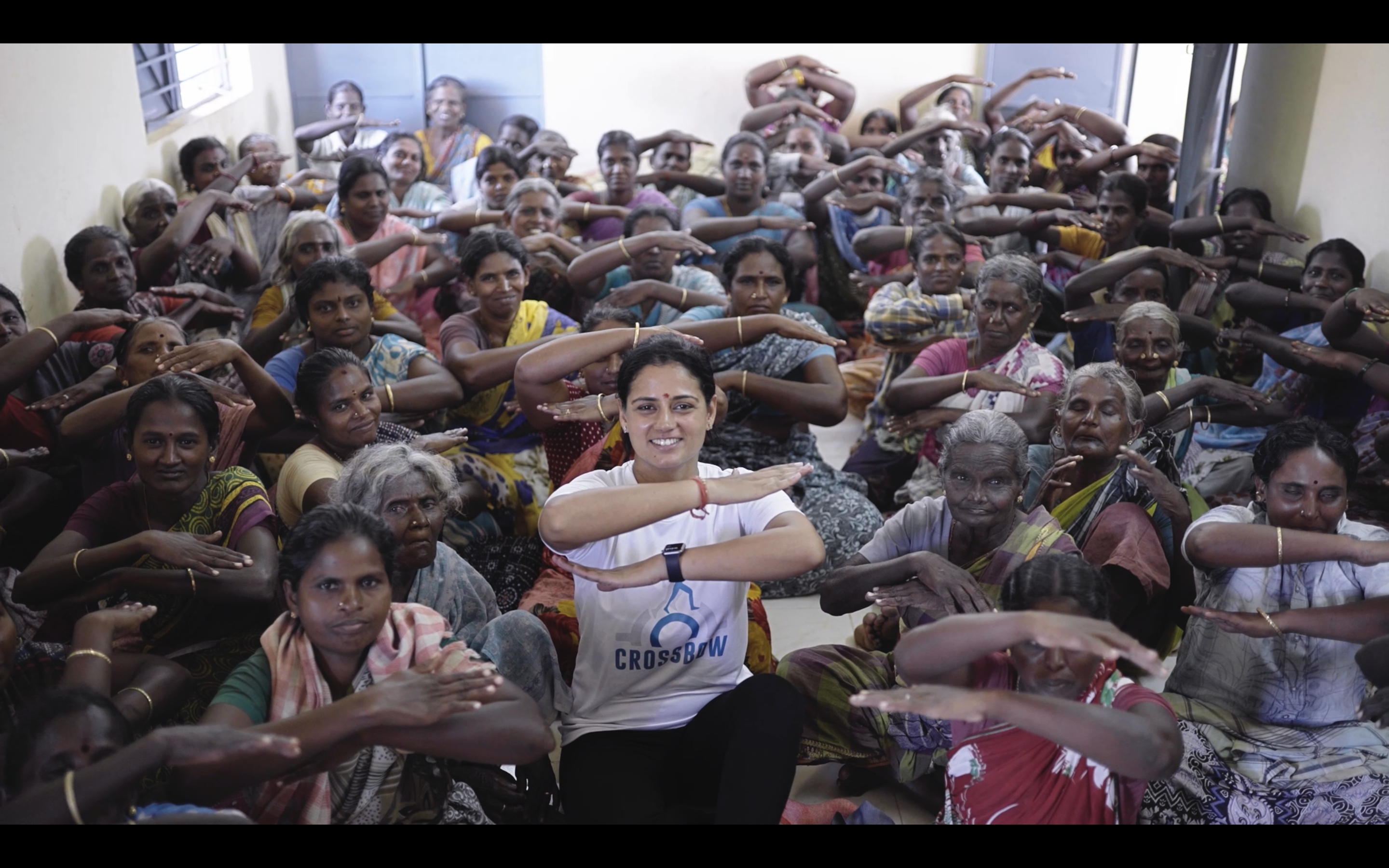 SILENT CRY: Srishti Bakshi in W.O.M.B (Women Of My Billion)

ONE DAY during a bus ride in Hong Kong, Srishti Bakshi read an article about the gangrape of a mother and daughter in front of the father in India.

She had always been vocal about women’s rights, but that moment inspired her to quit her job, return to India and embark on a lifechanging 3,800km walk from Kanyakumari to
Kashmir, in what she describes as a silent cry in retaliation. Walking the length of India to raise awareness of women’s rights and meet those affected by patriarchy resulted in stunning documentary film W.O.M.B (Women Of My Billion), which opens this year’s London Indian Film Festival on June 17.

The fantastic film follows Srishti on her inspiring 228-day walk and combines seamlessly with stories of real women sharing harrowing experiences and how they overcame them. A film that ultimately unifies people is empowering, eye-opening, emotional, educational and enlightening.

Eastern Eye caught up with the now UK-based Srishti Bakshi to discuss her incredible
journey, inspiring film and important issue of women’s rights.

How would you describe your journey?
It was like discovering an old suitcase packed with memoirs; there was love, sadness, reminders, gratitude and experiencing all these emotions in tandem. It was a tough mission given the sheer magnitude of the problem. It tested the limits of mental and physical exhaustion. But everyday presented an experience and encounter, which made it all worth it.

How did you find the strength to walk 3,800km?
One hot day while walking on a quiet highway, a hawker woman with a handful of custard apples ran towards us. Short of breath and with one eye on her distant unmanned roadside stall, she said, your walk might not help me, but it will definitely make a difference in my daughter’s life and when she comes back from school today, she is going to hear about you. The love and sheer joy in her voice refuelled me. Each of these incidents gave me the strength to walk day after day.

What was the experience of meeting all the women and girls across India like?
Oscillating between shock and awe, I observed the resilience and bowed down to the
strength of each story that unravelled. Brave women came forward to speak about violence they faced and shared their story of survival. After a workshop I conducted in a village in Telangana, a timid-looking 13-year-old girl in a traditional burqa, who was shy to speak to classmates, took the mic and shared out loud that the workshop would be the most important day in her life, as she chose to become fearless. She now knew how she could raise her voice against injustice. Her words still echo in my head; “even if I am locked in a room and denied every right, I will find a way to break free and write my story.”

How did you feel when people walked along with you on the journey?
I started this journey with like-minded people who were passionate about finding the truth with me. Some travelled from across the globe to join me, even if it was for just a day. I was humbled and filled with gratitude because it felt like I was the voice for a much larger community, who shared the common belief that we can make this world a safer space for women. From police officers, children from roadside schools, prestigious college groups, corporate employees to village communities, among others, I was honoured to walk alongside so many shades of feminists in my country.

What was the most memorable aspect of the journey?
The workshops where I came face to face with so many courageous women. The look on their faces during workshops, where we aimed to discuss simple ideas to defeat violence in all its forms. The loud laughs and inconsolable crying in that span of two hours, and surge of emotions I felt just in the presence of all these individuals.

How did you manage to stay strong emotionally and physically?
As my journey progressed, there were multiple feats and many defeats. Each step forward revealed the good, bad and ugly. There were difficult days with the mounting physical exhaustion, but I drew strength from each story of courage, shared by women who fought their circumstances and emerged victorious. I realised how fortunate you and I are, with the people, who have supported us, opportunities and the access we have had. 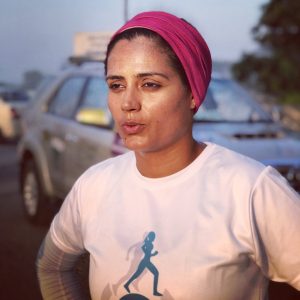 Do you feel the pain you went through was like a metaphor for the pain so many women are feeling?
My pain was insignificant as compared to pain these women have endured. On several occasions, I found myself wondering if I would have survived their life stories. Despite being so close to so many of them I have never found the answer to what exactly I would have done if I was in their shoes. The least I could do was walk and reach as many as I could.

You shot over 1,000 hours of footage across 230 days and then brilliantly edited it into a 90-minute film, which is interweaved with real stories of brave women, representing a spectrum of difficulties and violence faced by many women you met on the road. How important was it to finish the documentary on a hopeful note?
People described my journey as a movement. I went for a walk with the women of my billion and came back with stories to strengthen the spirit of the next billion. In this documentary, we have celebrated ordinary women who have shown extraordinary courage to rise above their limitations and challenge deeply entrenched gender norms. We did this to unite the majority because what we discovered was that ‘gender-based violence is a crime perpetrated by the minority but perpetuated by the silence of the majority’.

What audience are you hoping connects with the documentary?
A country is made up of its people, and we can change our reality today if we all consider each other equal, irrespective of gender. We are more powerful if we are equal. My country is not beyond repair. We, the majority, are more powerful. The only thing missing is that we are not united. I am passing on the privilege, the stories of women of my billion to the feminist in each one of us, no matter which part of the world you reside in.

How do you feel about the fact that the documentary is opening the 2021 London Indian Film Festival?
It is an honour, and we are thrilled to be chosen from a very strong long list of films. It’s a
loud hooray because the premiere will shine a spotlight on the women we represent.

What are your future hopes for the rights of women in India?
Gender inequality is steeped in deep-rooted patriarchy and societal norms. Given its high rate of incidence, people often get apathetic about it and their role in preventing it. However, the country has seen a huge diaspora of individual efforts towards changing the law and ensuring its implementation. Each of these efforts make a huge difference as it sets a course for other women suffering the same fate. I am hoping for many more voices joining these efforts to bring change at a faster pace.

How important is it for men to get involved in the conversation?
On the journey, I encountered humanity at its worst. But countering each of those faces, I also met many motivated individuals who were voicing their desire to bring about change in their own little ways. For example, a father who cycles 15 kilometres in the opposite direction of his farm to drop his daughter to school, the brother who championed for his sister to become a police officer instead of giving in to pressure of getting her married off. Efforts from these men were commendable because they inspired other men in their circles to think and act differently. If we want fast and real change, men absolutely need to participate and voice their support.

Why should we all watch the documentary?
Violence against women and girls is a human rights violation. And since the outbreak of Covid-19 and the world locking down to live within four walls, emerging data and reports from those on the frontlines have shown that all types of violence against women and girls, particularly domestic violence, has only intensified. This documentary not only presents facts but also highlights possible solutions which can be implemented today.