A comedy of errors across the centuries 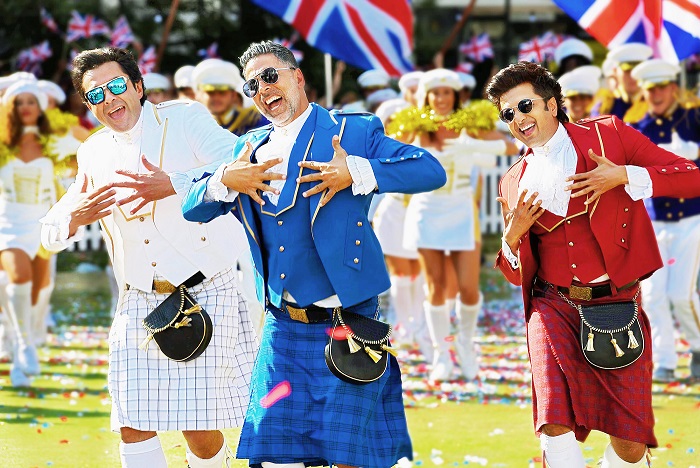 WHEN Akshay Kumar did the first Housefull movie, he was convinced they were onto a winner and its massive success led to three further films in the franchise, including the latest instalment.

Housefull 4 is the most ambitious in the series as it sets the comedy mayhem across two time periods and has another all-star cast. Akshay is clearly in love with the comedy series
and signalled his intention to carry on returning for further films in the fun franchise.

Not surprisingly, he was in good spirits when Eastern Eye caught up with him to discuss the Housefull journey and latest film.

Why do you think the Housefull franchise has been so successful?
I feel the success is down to memorable characters and moments in the film. Who can ever forget Chunkey Pandey as Aakhri Pasta, who is an indispensable part of the franchise. (Laughs) He is the pasta to our plate of sauce. Also our producer Sajid Nadiadwala has been a part of the film since the inception and given us full liberty to experiment with the script and to be as crazy as we wanted. In a weird way, our craziness is something the audiences related to as I think we have helped bring out their lighter side. They’ve enjoyed each of the Housefull films and kept asking for more, which is what makes it one of the biggest comedy franchises in the country.

What has been your favourite memory on Housefull journey?
Working on all Housefull films have been fun. It’s actually an internal joke between Sajid and me, that whenever I feel like I need a vacation I tell him let’s make a Housefull. It’s my way of having a good time. Plus we always shoot a schedule in London, which is always a good idea. Each time I come here, the city has so much to offer. I don’t remember how many films Riteish (Deshmukh) and I have worked together in, but he is more than a co-actor and a very close friend, who has been on the journey with me.

You once again have a massive ensemble cast, including Bobby Deol, Kriti Sanon, Pooja Hegde, Kriti Kharbanda and a host of cameos from actors such as Rana Dagubatti joining you and Riteish. How does Housefull 4 compare to the other three?
All the Housefull films are a comedy of errors. The context is different, but we have kept the inherent comedy of errors element and entertainment quotient constant across the films. Housefull 4 is different as we have experimented with reincarnation comedy, which is a genre that has never been explored in Indian cinema. We’re playing dual roles; one from the 1419 era and the other in present-day 2019, so let’s just say there’s double the comedy!

Tell us about the film and the characters you play?
The film is a story of six lovers parted because of an evil conspiracy in 1419, and they cross paths again in 2019. In the present life, the three men fall in love with the wrong women and are about to marry their sisters-in-law. However, history repeats itself, and the three couples land up in Sitamgarh, where it all began. That’s what the film is about! It will confuse you, put you on a laughing riot and take you through the grandeur of 1419 with a spark of 2019. All of us play double roles; my first character is called Bala, while my second is a London-based barber called Harry.

How do you approach a film where you have more than one character?
Comedy is more about spontaneity and comic timing. That’s the most important
thing and something integral to both my characters, 1419 Bala and 2019 Harry. But they’re both very distinct characters, and it often felt like I’m working on two different films, two different characters and in two different eras.

What is your favourite moment in the movie?
The film is full of hilarious moments, which I believe will have the audience falling off their seats. Enacting them was an incredible experience, and I cannot really choose one as a favourite. But if I had to choose then it would be shooting for the song, Shaitaan Ka Saala. It’s just so over the top, mad to another level and all about having fun. Acting in 1419 was super fun with the grandeur of the sets, palatial palaces and amazing costumes along with my bold and bald avatar.

You have a great gift for making people laugh, what is the secret of good comedy?
Thank you! As easy as it looks, comedy is undoubtedly one of the most difficult genres and
especially if a film is an out and out comedy because you have to keep up the tempo. What works for me is that I try not to try too hard while doing my scenes, be it drama, romance, action or comedy. However, a lot of credit goes to my co-actors and director. It is all about having the right comic timing, and if we all work in tandem it translates to an exceptional outcome on screen.

Which of your comedy films have you enjoyed?
I have spent a large part of my career doing comedies, so it would be unfair for me to pick the best from a brilliant bunch of films. From Hera Pheri to Bhool Bhulaiya to the Housefull franchise, all the films I have done have been thoroughly enjoyed by my audiences, which is my biggest reward.

Who is the funniest person you know in real life?
Well, the one and only Mrs Funnybones (Twinkle Khanna), who I happen to be married to. She also happens to be the funniest woman in the country and probably, the planet!

Will there be a Housefull 5?
I really hope so! Like I said I it’s a film, which is like a vacation for me, and who doesn’t like vacations? In fact, we have an idea also for the next one. We were discussing an idea about bringing together the cast across all instalments. It would be like comedy avengers.

Why should we watch Housefull 4?
Well, it’s not often you get to have laugh-out-loud moments from the 14th and 21st century in one film! Housefull 4 is one film where you can bring your entire house to the cinema. It’s a movie you can watch with your family. There’s a big dose of confusion, humour, belly shaking and side-splitting laughs. I mean, who would want anything else, but this Diwali treat?

Housefull 4 is in cinemas on October 25. 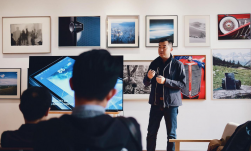