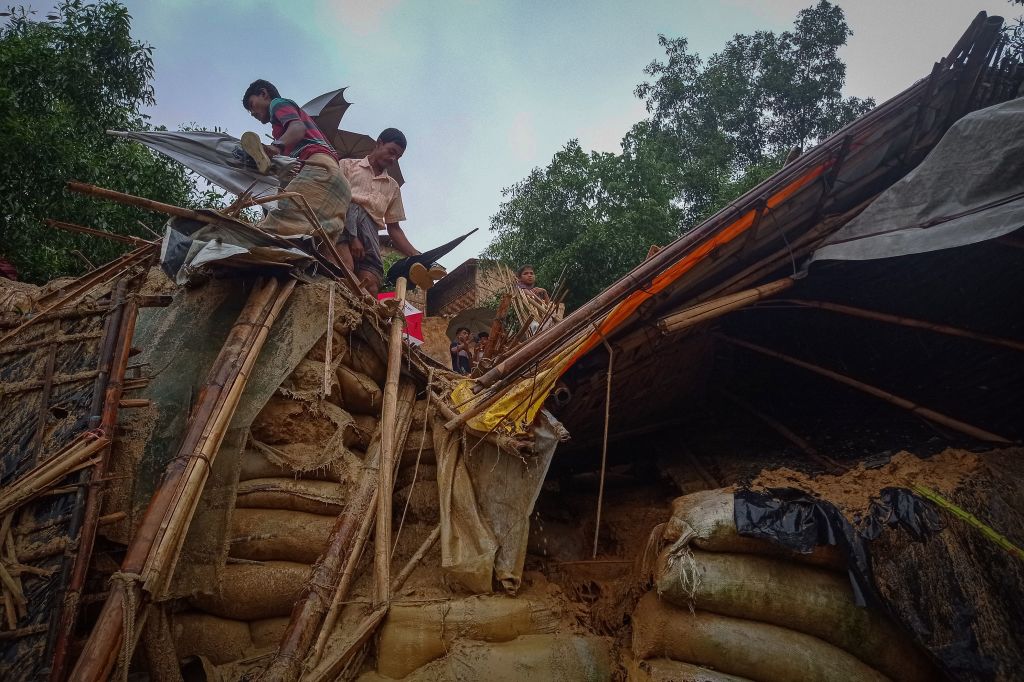 Rohingya refugees work amid the debris of a house in Balukhali camp on July 27, 2021 that was damaged after monsoon rains triggered landslides and flash floods in the hilly settlements killing at least six. (Photo by TANBIR MIRAJ/AFP via Getty Images)

AT LEAST six Rohingyas died Tuesday (27) and thousands were relocated in refugee camps in Bangladesh’s southeast after monsoon rains triggered landslides and flash floods in the hilly settlements, officials said.

“Days of heavy rains caused the landslides,” he said.

Another Rohingya child died after he drowned in a stream in the nearby Palongkhali refugee camp, the official said, adding that all streams in the camps were raging due to flash floods.

“We also have rescued two injured people and sent them to hospitals,” he said, adding that thousands of Rohingya families had been relocated within the camps to keep them safe.

Thousands of these refugee families, especially those who live in the valleys within the 7,000-acre (2,832-hectare) settlements, remain at a high risk of landslides every year during the monsoon.