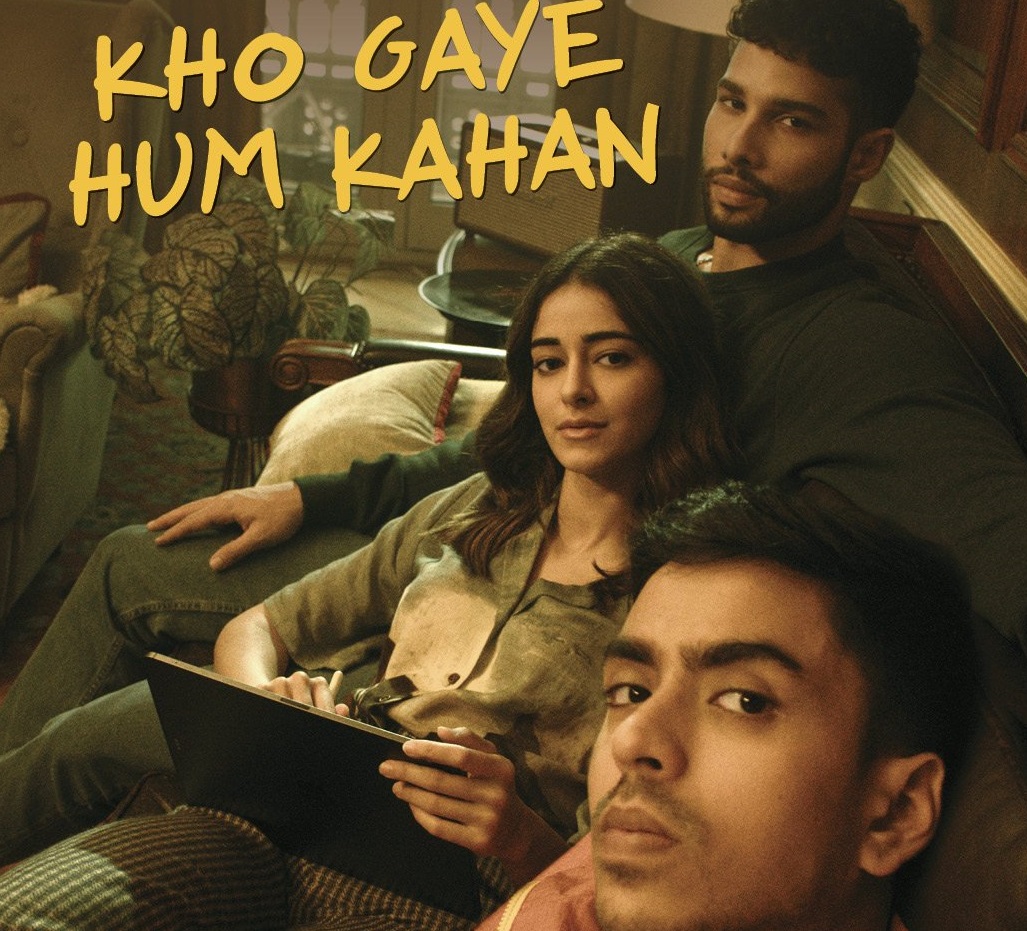 Some of Indian cinema’s most memorable films have been those that revolve around friendship.

With the advent of streaming platforms, everyone thought that the genre would flourish further, but that did not happen. With slapstick and adult comedy content available abundantly on the webspace, one really craves for a feel-good buddy film to break the monotony. For those who are really fond of such films, 2022 could be a great year as Bollywood is going to roll out some interesting outings. Here are 5 such films to look out for.

Kho Gaye Hum Kahan has been creating a lot of noise ever since its announcement last year. Bankrolled by Farhan Akhtar and Ritesh Sidhwani under the banner of Excel Entertainment, the upcoming film explores the various facets of friendship in the digital age. One of the major highlights of the film is its casting. Kho Gaye Hum Kahan stars Ananya Panday, Siddhant Chaturvedi, and Adarsh Gourav in significant roles. The makers introduced the theme of the film with these words: “Find your friends and you won’t need followers.” And it will also touch upon reconnecting with the forgotten bits of life when it comes to human relationships. Well, all we can say is that we just cannot wait for this film to debut in cinemas soon.

Set in the city of joy, Kolkata, #Homecoming is a youth-centric musical film that revolves around a gang of college buddies who reunite in their hometown after a long period of time to save their old theatre training school and academy from being demolished by the shackles of plot commercialization plans by the state. Directed by Soumyajit Majumdar, the film stars Sayani Gupta, Hussain Dalal, Tushar Pandey, Plabita Borthakur and Soham Majumdar play important characters. #Homecoming is set to premiere exclusively on SonyLiv!

It won’t be an exaggeration to say that Excel Entertainment is a pioneer in making buddy movies. After Dil Chahta Hai (2001) and Zindagi Na Milegi Dobara (2011), the banner is coming up with a female buddy film titled Jee Le Zaraa, starring Priyanka Chopra, Katrina Kaif, and Alia Bhatt in lead roles. Farhan Akhtar is helming the much-awaited film. Jee Le Zaraa celebrates the friendship of three women in different stages of their lives and seeing the trio in the same film is going to be an unforgettable experience for many.

The story is about how a 70-year-old (played by Amitabh Bachchan) looking to get back into the corporate game, seizes the opportunity to become a senior intern at an online fashion site. He soon becomes popular with his younger co-workers, including his boss (played by Deepika Padukone) who also happens to be the founder of the company. The film explores his charm, wisdom, and sense of humour help which eventually helps him develop a special bond and growing friendship with his boss. This movie is the official remake of the successful Hollywood film The Intern (2015).

Fukrey, one of the most successful comedy film franchises in the history of Bollywood, will roll out its third installment in 2022. The first film in this series gained cult status right after its release and looks like the makers have just been upping their game with respect to the trajectory of the film’s characters and the overall story ever since. Shooting for the third part of this franchise has already begun and the film is expected to release in the second half of this year. The film brings back the original star cast with Pulkit Samrat, Ali Fazal, Varun Sharma, Manjot Singh, Richa Chadha, and Pankaj Tripathi. It cannot get any better!