You should be ashamed, seek apology from country: Rahul Gandhi to Pitroda 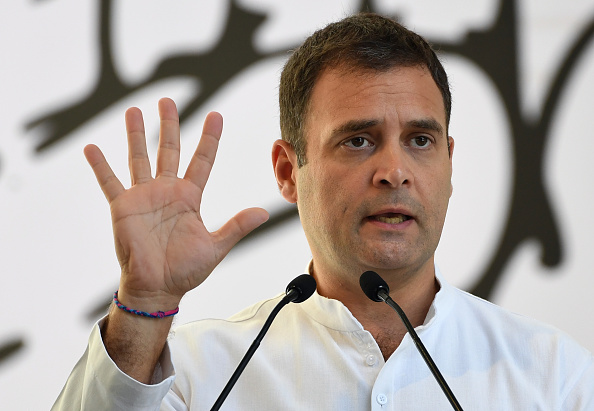 With prime minister Narendra Modi and the BJP continuing their attack on the Congress over Sam Pitroda’s remarks on the 1984 riots, party chief Rahul Gandhi on Monday (13) said the leader should be ashamed of himself and seek apology from the country.

Rahul Gandhi was addressing a poll rally in Khanna of Punjab in favour of Congress candidate Amar Singh, who is pitted against SAD nominee D.S. Guru from Fatehgarh Sahib (reserve) constituency.

“What Sam Pitroda said about 1984 (anti-Sikh riots) was totally wrong and he should seek an apology from the country. I am saying this publicly and I also said the same to him over phone. Pitroda ji, what you had said was completely wrong and you should be ashamed of yourself. You should seek public apology,” he said winding up his speech.

The BJP has stepped up offensive against the Congress over the Indian Overseas Congress chief’s remarks as the 1984 anti-Sikh riots is an emotive issue in Punjab which is going to polls on May 19.

During campaigning in Rohtak in Haryana and at Hoshiarpur in Punjab, Modi on Friday had hit out at the Congress, saying Pitroda’s remarks reflected the “character and arrogance” of the opposition party.

On Sunday in Amritsar, BJP chief Amit Shah had asked Gandhi whether the matter has ended with Pitroda tendering an apology for “justifying” the Sikh genocide.