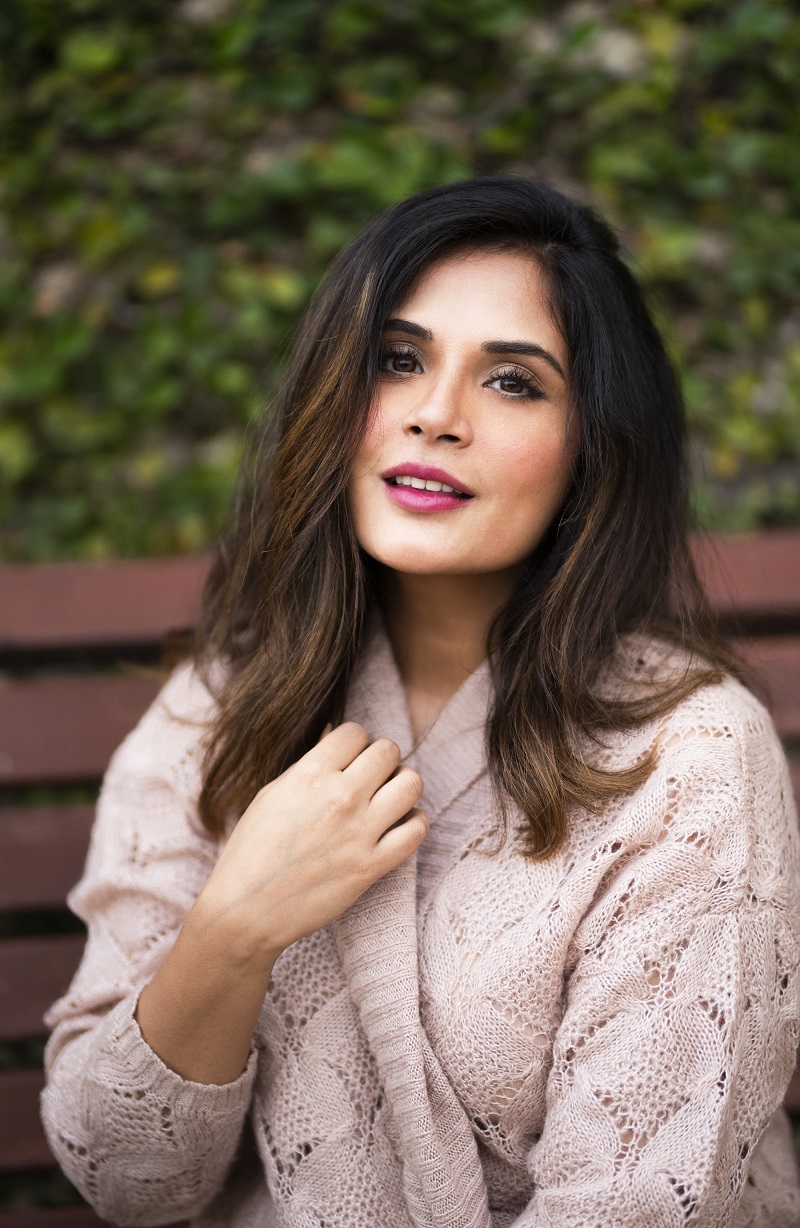 Cricket drama Inside Edge emerged victorious after it premiered on Amazon Prime in 2017 and was nominated for Best Drama at the 46th International Emmy Awards.

The first major Indian streaming serial produced for international audiences, based around a fictional T-20 team in a big money cricket tournament, returns for a second season this week.

One of the stars central to the action is versatile performer Richa Chadha, who plays a fading actress and a co-owner of the team. This is one of the many challenging projects taken on by the internationally acclaimed actress, and she has once again immersed herself in a powerful character with many different shades.

Eastern Eye caught up with in demand star Richa Chadha to speak about Inside Edge 2, acting, future plans and her recent unforgettable debut doing stand-up comedy.

Does your approach change when you are acting in a TV serial or film?
This fortunately is unlike the kind of TV that is available in India, where we have the more soap opera kind of stuff. There isn’t a difference in terms of my approach. I think we have to act a lot faster because we are shooting a lot more material per day as opposed to films. You have to be quick on your feet, and be able to think quickly, but other than that, nothing really changes in terms of preparation and how you choose to bring that character to life. That will never change.

Can you feel a project will do well when you are acting in it or after you see the finished product and what about Inside Edge?
Especially in this case, you only find out much after because it is on a platform and not like a box office, where one can refer to figures. In this case, you will only be told it has done well after all the episodes are seen, and you get that feedback. 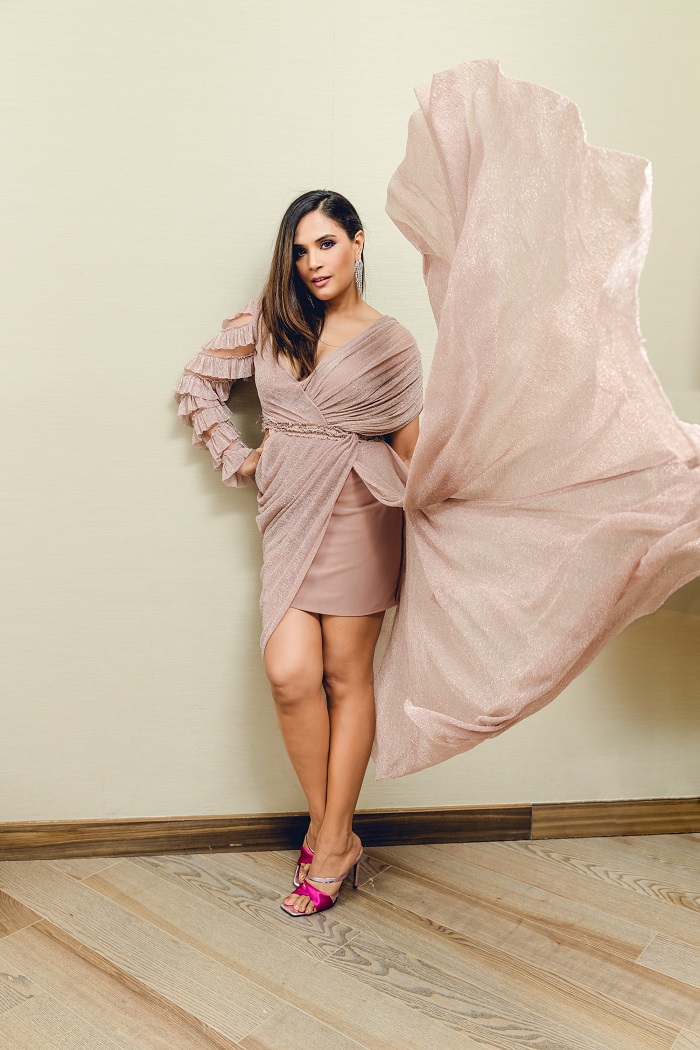 How much did it mean to you that Inside Edge got so much critical acclaim and an Emmy nomination?
I was just happy that this was India’s first original show, and I feel we have made it even better in the second season. I was really happy to be a part of something that was happening for the first time. Good, bad, ugly, it didn’t matter. It was the first time someone was trying to make a series for a digital platform in India. Amazon launched in India with Inside Edge, so it felt good being a part of something that was a first. Now I feel people will judge it a lot more critically, whether they liked it or not.

Does that put added pressure on the team and season 2?
Not pressure, but definitely a lot of people have commented; when the trailer was posted some said I hope it doesn’t succumb to the curse of the second season and things like that.

What can we expect from the second season?
There is definitely more drama, betrayal, intrigue and backstabbing. It has definitely got a whole lot bigger because we were dealing with cricket and behind the scenes of a game, but now it is like cricket, politics and Bollywood. So it is a lethal mix.

Do you have to be a little tougher when acting in a project like this dominated by men?
I don’t think about that at all. I don’t think of them as men, but as colleagues, and I have always worked like that going back to Gangs Of Wasseypur and Fukrey. I don’t treat them any different because they are men, or change my approach. I have always worked in projects where there have been more men than women. That doesn’t make me feel uncomfortable. It’s also how I carry myself. I don’t have to be less or more tough, I just have to be myself.

Are there are any elements of your character you can relate to because you do work in a cut-throat environment like her?
The only thing we have in common is that she is an actor and I am also, but that’s all. She is far more ambitious, ruthless and driven than I am. I am more like a hippy and just go with the flow. I do things I like to do. She is like ‘I want this, this and this. I want the money and fame’. She would wither and die outside the limelight, which is not the case with me. 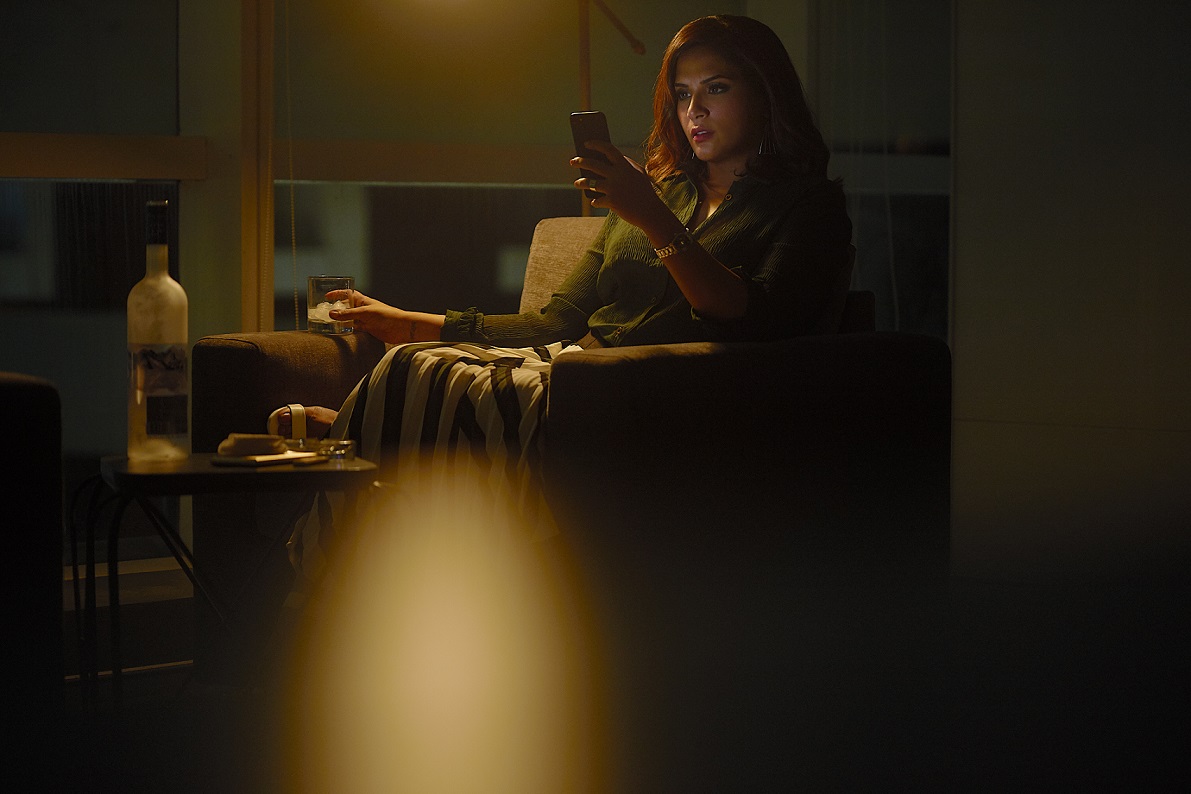 Is there any moment in the second series that is your favourite scene?
At one point my character realises that she is being played by a producer, so she goes and demands to be treated equal in comparison to all the male actors.

A lot of people binge watched Inside Edge and will do the same for season 2, but is there anything you like binge watching?
I actually really loved Fleabag. I watched it much later. I ended up watching both seasons in one day. That is a lot of TV hours in one day.

Is the plan going forward, to carry on mixing up the genres and mediums?
I do want to mix up everything because I think that films are also evolving and the landscape is changing. Better content films are being made. A lot of rubbish is not being tolerated and is bombing. I don’t think I would be able to do solely films or just a series. I want to do both because I enjoy working in different mediums, and it is challenging. Whenever I get the chance, I will do a play or a short film. So I try to keep expanding and grow as an artist, primarily.

You have also added stand-up comedy to your talents. Did you expect your brilliant recent stand-up special to be so amazing?
Oh my God, that is mighty praise coming from you, Asjad. They just called me for the show, and it sounded like a fun idea. I thought to myself, ‘how bad can it be?’. I wanted to do one thing that was scary for me every year, and this was that. It was really scary. If you see it, I am constantly out of breath through the show.

I think you should pursue live comedy further, do you have any plans?
I would love to and think will start with satire. The fun thing about being a comic is that people expect a joke so you can say a lot of deep meaningful dark things with humour and get away with it, especially on the state of Indian politics or the economy, and you get into less trouble.

What other projects do you have lined up for 2020?
I have a really exciting year lined up, with projects that really challenge me as an artist and am really looking forward to it. I am currently working on a project that has not been announced and that should release next year. Panga will also release next year. I have signed a bunch of other things that have not been announced, so am not allowed to talk about them. I definitely feel like I will have a good next year.

Are you making any new year resolutions?
I will always make resolutions that don’t sound like a burden to me, but more like a fun plan. This year my resolutions or things I wanted was to do something scary, so I did stand-up. I also learned how to ride a bike. I wanted to learn a new dance form, so I started taking classes. (Laughs) If I can carry on learning four or five things every year for the next five years, I will have an incredible skill set. 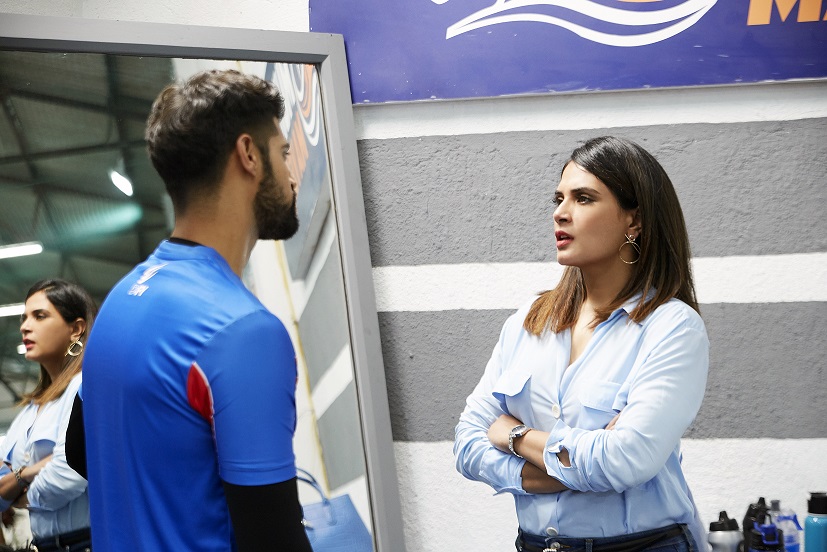 What inspires you?
It is a desire to do different things, but more so I feel the world is ending because of the climate crisis, so you should be happy and make others happy.

Will there be a season three of Inside Edge?
If all goes well, yes.

Why should we watch season 2?
If you like cricket and Bollywood, and want to understand some of the behind the scenes stuff that goes on, including in Indian politics, definitely watch it.

Inside Edge 2 is available on Amazon Prime now