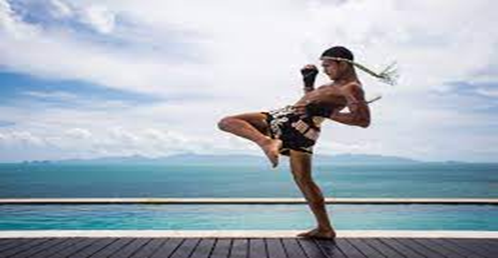 Thailand’s gaming industry is rapidly growing, including online platforms like GClub and others. It is growing rapidly, between 15 and 30% annually. Global analysts also expect the industry’s market value to double by 2025.

According to Newzoo, Thailand’s 32 million gamers have also helped make it one of Southeast Asia’s highest-profile gaming markets. For example, Thailand is home to one of Asia’s leading online gaming platforms: GClub. The site and those like it offer a wide range of entertainment, from classic casino games to popular Western games.

Why does the Thai industry find these Western games so much more attractive than Asian versions? Let’s find out.

Modern Thailand boasts a mobile penetration rate of over 100%. The adoption of smartphones in the country has seen explosive growth over the last decade. Gaming is only one of the side effects of accessing limitless entertainment on handheld devices.

In 2014, Thailand had approximately 13.8 million mobile game players (out of a 20-million smartphones). By 2015, Google Play’s minimum pricing options restructure made games more affordable in developing markets. The Thai gaming industry took off, as more gamers were then able to afford exciting Western gaming apps.

Official endorsement from the authorities cemented this rise in the digital economy of Thailand. The Thai government established a Digital Economy Promotion Agency (DEPA) to promote this burgeoning digital economy, including the gaming industry. DEPA president and chief executive Dr Nuttapon Nimmanphatcharin points out that the gaming industry still has huge untapped potential in the country if it can access the support and resources it still lacks from global business.

If the industry does find that support to establish a presence in both Thai and international markets, the country’s gaming industry is likely to experience tremendous growth in the coming years. DEPA focuses on developers, licensers, and publishers primarily. The game developers pass the program on to a game licenser, sell it to game publishers (mostly Western companies) and then see it appear on platforms such as GClub for all players to enjoy.

When Thailand moved up to 50 million users, Western companies started to take notice. Facebook introduced a monetization model to help Thai game streamers expand their reach and grow their fanbase. An increasing number of Thai youth embrace popular video-streaming platforms while they game, like Twitch and YouTube.

Investors also play a significant role in the industry’s growth by sponsoring professional gamers. There’s plenty of opportunity for monetization locally, and live streaming technology solidifies the fanbase. The money these full-time gamers earn is highly attractive by Thai standards, with the most popular Western games in Thailand being Arena of Valor, Call of Duty, and Genshin Impact.

When the German developer Kalypso Media released Tropico a few years ago, it was a cautionary tale for those interested in supporting Thailand’s growing gaming industry. The game plot included a dictator capturing a tropical island, echoing some of the tension in the country at the time. The Thai government took exception to its political implications, banning the game outright.

As long as investors and Western companies respect the country’s cultural values, Western games will continue to top the charts. We may even see Thailand’s game developers making strides on platforms like GClub.