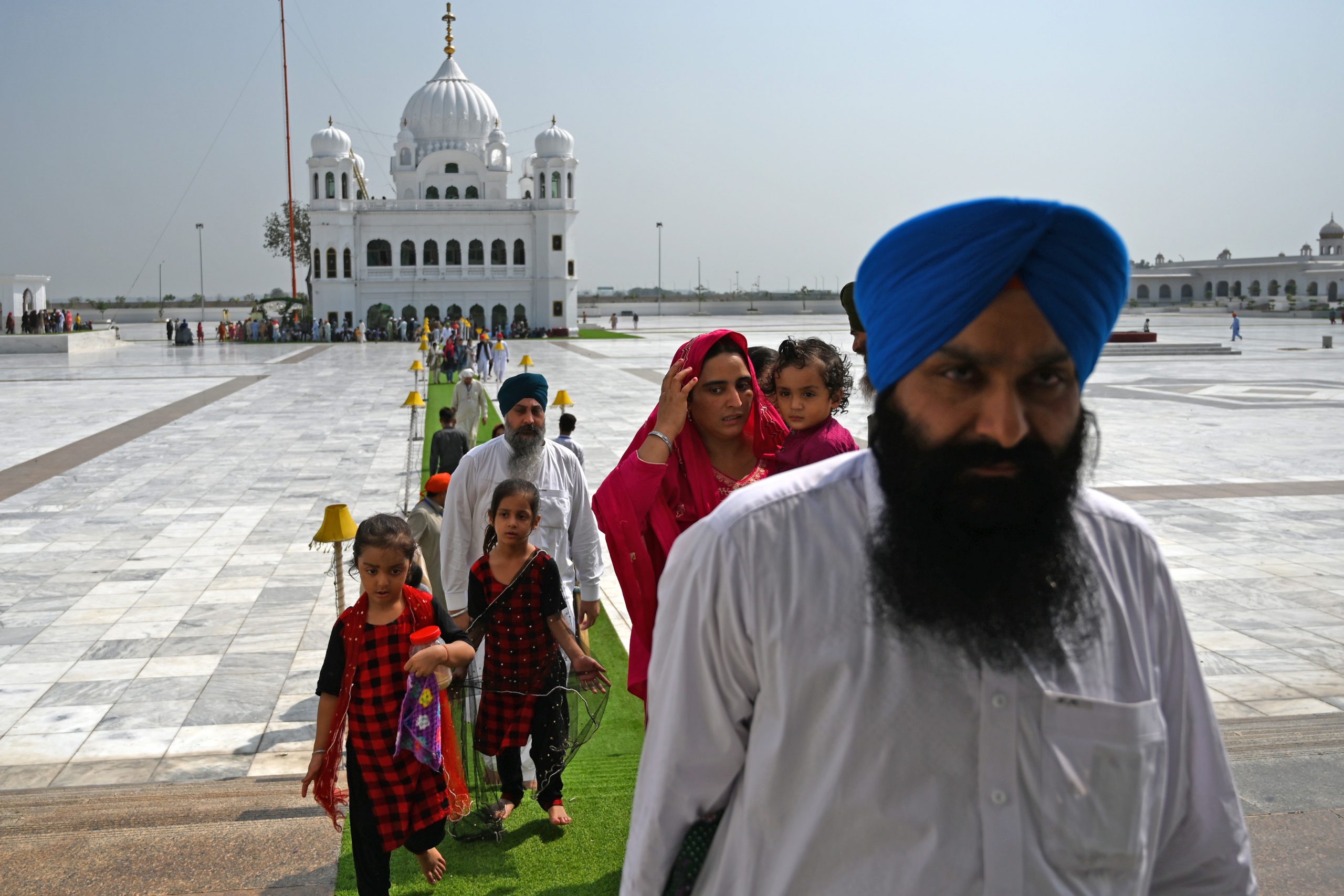 Sikh pilgrims arrive to take part in a religious ritual on the occasion of the 481th death anniversary of Baba Guru Nanak Dev Ji, the founder of Sikhism, at the Gurdwara Darbar Sahib in Kartarpur near the India-Pakistan border on September 22, 2020. (Photo by Aamir QURESHI / AFP)

Coronavirus fears meant a historic travel corridor created last year to let Indian Sikhs visit a holy shrine in northeast Pakistan remained closed on Tuesday (22) on one of the faith’s most sacred days.

Hundreds of Pakistani Sikhs visited the Gurdwara Darbar Sahib, a huge temple in Kartarpur marking the grave of Sikhism’s founder Guru Nanak, to commemorate the 481st anniversary of his death.

This year would have been the first time Indian Sikhs could have crossed visa-free into Pakistan to mark the anniversary at the site, located just four kilometres (two miles) inside the country, after a special crossing was opened in November 2019.

The creation of the Kartarpur Corridor marked a rare example of cooperation between the nuclear-armed rivals, who have fought three wars since independence from Britain in 1947.

Some lamented the closing of the new crossing.

“This corridor is not only an opportunity of pilgrimage for our Indian cousins but also an opportunity to come and meet us, which otherwise is quite difficult”, said 25-year-old science teacher Komal Mehra.

India, with about 89,000 coronavirus deaths, is the world’s third-worst affected country after the United States and Brazil and has imposed a range of travel restrictions.

When Pakistan was carved out of colonial India at the end of British rule in 1947, Kartarpur ended up on the western side of the border, while most of the region’s Sikhs remained on the other side.

The gurdwara at Kartarpur is so close to the India-Pakistan frontier that its magnificent white dome and four cupolas can be seen from across the border.

For up to 30 million Sikhs around the world, the shrine is one of their holiest sites. 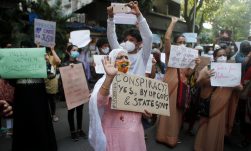