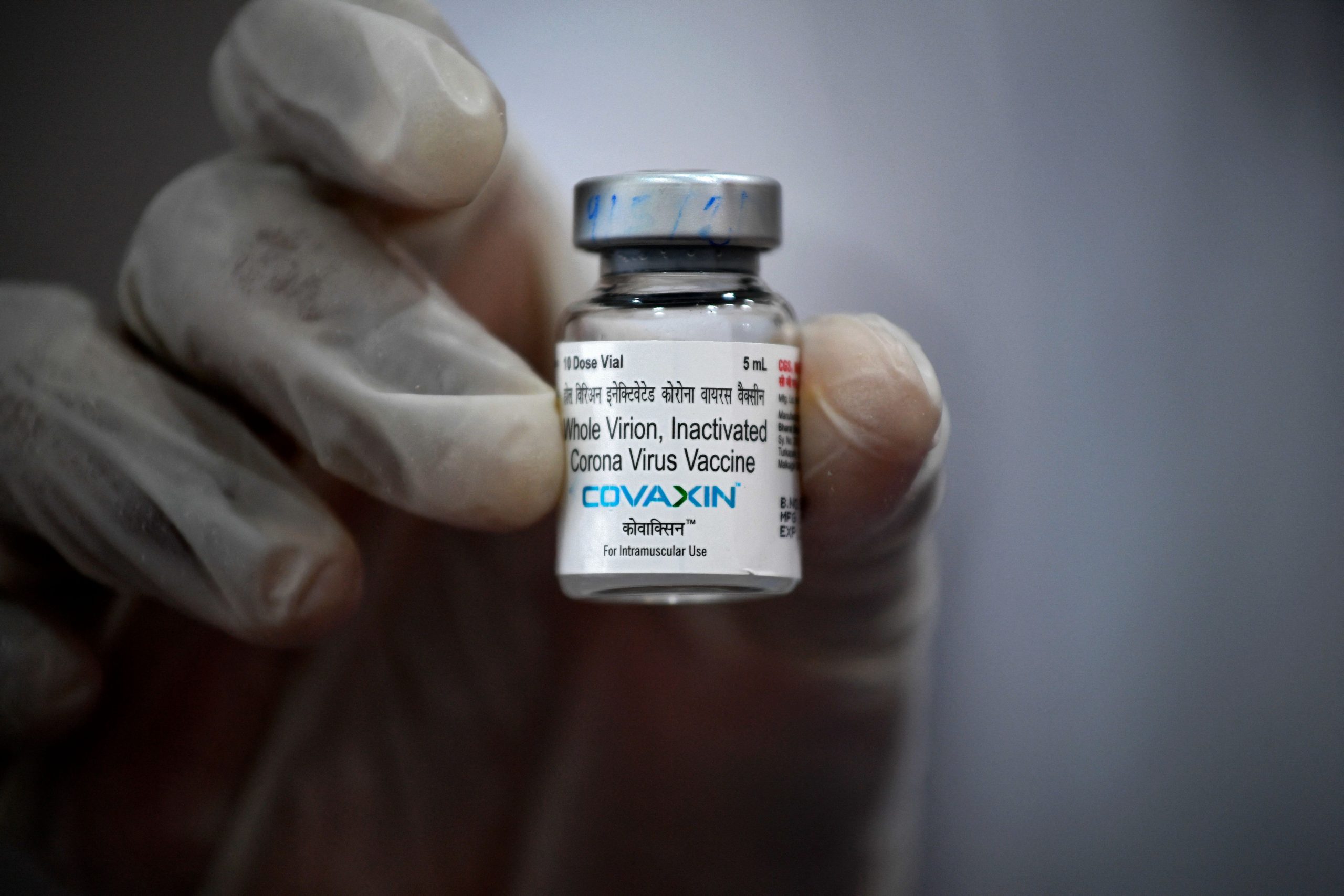 A medical worker displays a vial of the Covaxin vaccine in Mumbai. (Photo by INDRANIL MUKHERJEE/AFP via Getty Images)

THE US medical research agency has said that Covaxin, developed by India’s Bharat Biotech in collaboration with the Indian Council of Medical Research, will effectively neutralise both Alpha and Delta variants of coronavirus.

The National Institutes of Health (NIH) has revealed that results of two studies of blood serum from people who had received Covaxin suggest that the vaccine generates antibodies that effectively neutralise these variants.

It added that an adjuvant developed with funding from the NIH has contributed to the success of the vaccine.

The adjuvant used in Covaxin, Alhydroxiquim-II, was discovered and tested in a laboratory by the biotech company ViroVax LLC of Lawrence, Kansas with support from the National Institute of Allergy and Infectious Diseases (NIAID) Adjuvant Development Programme.

Adjuvants are substances formulated as part of a vaccine to boost immune responses and enhance a vaccine’s effectiveness.

Covaxin has been administered to roughly 25 million people in India and globally so far, data shows.

Published results from a phase 2 trial of the vaccine indicate that it is safe and well-tolerated, the NIH said, adding that safety data from a phase 3 trial of Covaxin will become available later this year.

Anthony S Fauci, director of NIAID, said: “I am pleased that a novel vaccine adjuvant developed in the US with NIAID support is part of an efficacious Covid-19 vaccine available to people in India.”

According to the NIH, the NIAID Adjuvant Programme has supported the research of the founder and chief executive officer of ViroVax, Dr Sunil David.

The collaboration between Dr David and Bharat Biotech International of Hyderabad was initiated during a 2019 meeting in India coordinated by the NIAID Office of Global Research under the auspices of NIAID’s Indo-US Vaccine Action Programme.