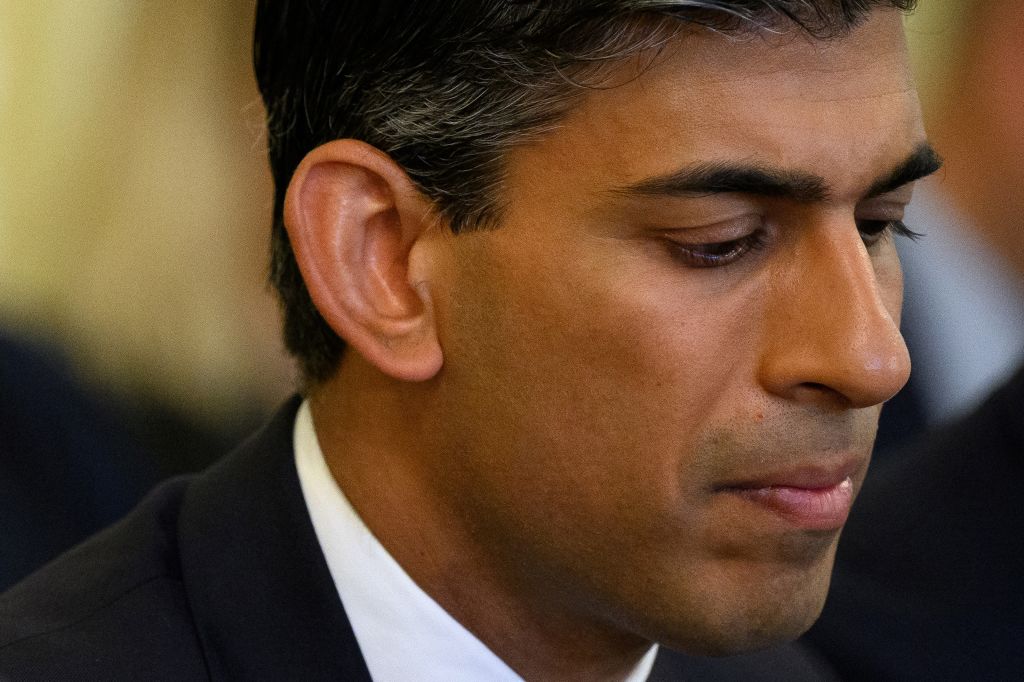 Britain’s Chancellor of the Exchequer Rishi Sunak (R) reacts as Britain’s Prime Minister speaks during a Cabinet meeting at 10 Downing Street, in London, on June 7, 2022. (Photo by LEON NEAL/POOL/AFP via Getty Images)
Follow Us

BRITAIN’s unemployment rate has risen slightly while soaring inflation is causing the value of wages to fall at the fastest pace in more than a decade, official data showed Tuesday (14).

Unemployment rose to 3.8 per cent in the three months to the end of April, but remained close to a 50-year low as Britain sees record-high vacancies.

That compared with an unemployment rate of 3.7 per cent in the first quarter of the year, the Office for National Statistics said in a statement.

ONS Head of Economic Statistics, Sam Beckett, meanwhile noted that “pay in real terms is falling at its fastest rate in over a decade”, with UK inflation at a 40-year high.

“Helping people to work is the best way to support families in the long term, and we are continuing to support people into new and better jobs. We are also providing immediate help with rising prices – 8 million of the most vulnerable families will receive at least £1,200 of direct payments this year, with all families receiving £400,” Sunak said.

The BoE is expected to raise its main interest rate for a fifth time in a row to cool the pace of price rises.

UK annual inflation rate has soared to nine per cent, causing a cost-of-living crisis for millions of Britons.

“It is possible that this is the very first signs that the weakening in economic activity since the start of the year is filtering through into a less tight labour market,” said Paul Dales, chief UK economist at Capital Economics.

However, “that won’t be anywhere near enough to prevent the Bank (of England) from raising interest rates on Thursday”, he added.

Myron Jobson, senior personal finance analyst at Interactive Investor, said: “With inflation hurtling towards double-digit territory, many workers are increasingly finding that their wages are not stretching wide enough to meet the bumper cost of seemingly everything from food to petrol.”

The Bank of England is widely expected to raise its key interest rate this week by a quarter-point to 1.25 per cent, while some are forecasting a half-point jump.

In the US, Friday’s (10) forecast-beating inflation print has triggered expectations that the Federal Reserve will ramp up the pace of its interest rate increases, heightening fears of a recession.