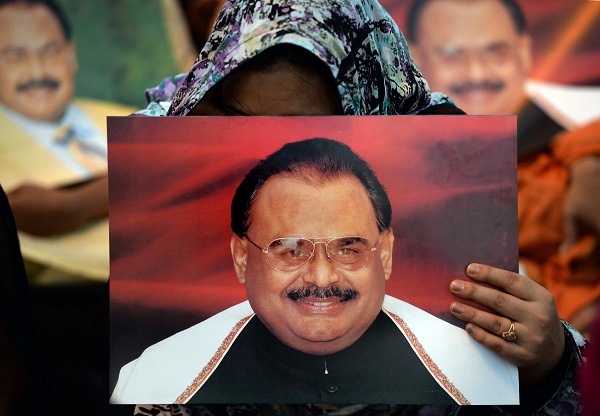 BRITISH police said on Thursday (10) they had charged the London-based founder of Pakistan’s MQM movement, Altaf Hussain, with a terrorism offence in connection with a speech delivered in Karachi three years ago.

Violence erupted in Karachi after the speech by Hussain was relayed over loudspeakers in the southern Pakistani city in August 2016.

Hussain, 66, who lives in Mill Hill, north London, was charged under the Terrorism Act 2006.

“On 22 August 2016 (he) published a speech to crowds gathered in Karachi which was likely to be understood by some or all of the members of the public … as a direct or indirect encouragement to them to the commission, preparation or instigation of acts of terrorism,” London police said in a statement.

Hussain was due to appear at London’s Westminster Magistrates’ Court later on Thursday.

The Muttahida Quami Movement (MQM), one of Pakistan’s biggest political parties, mostly comprises descendants of Muslim Urdu-speaking people who migrated to Pakistan from India around the time of the partition of India in 1947.