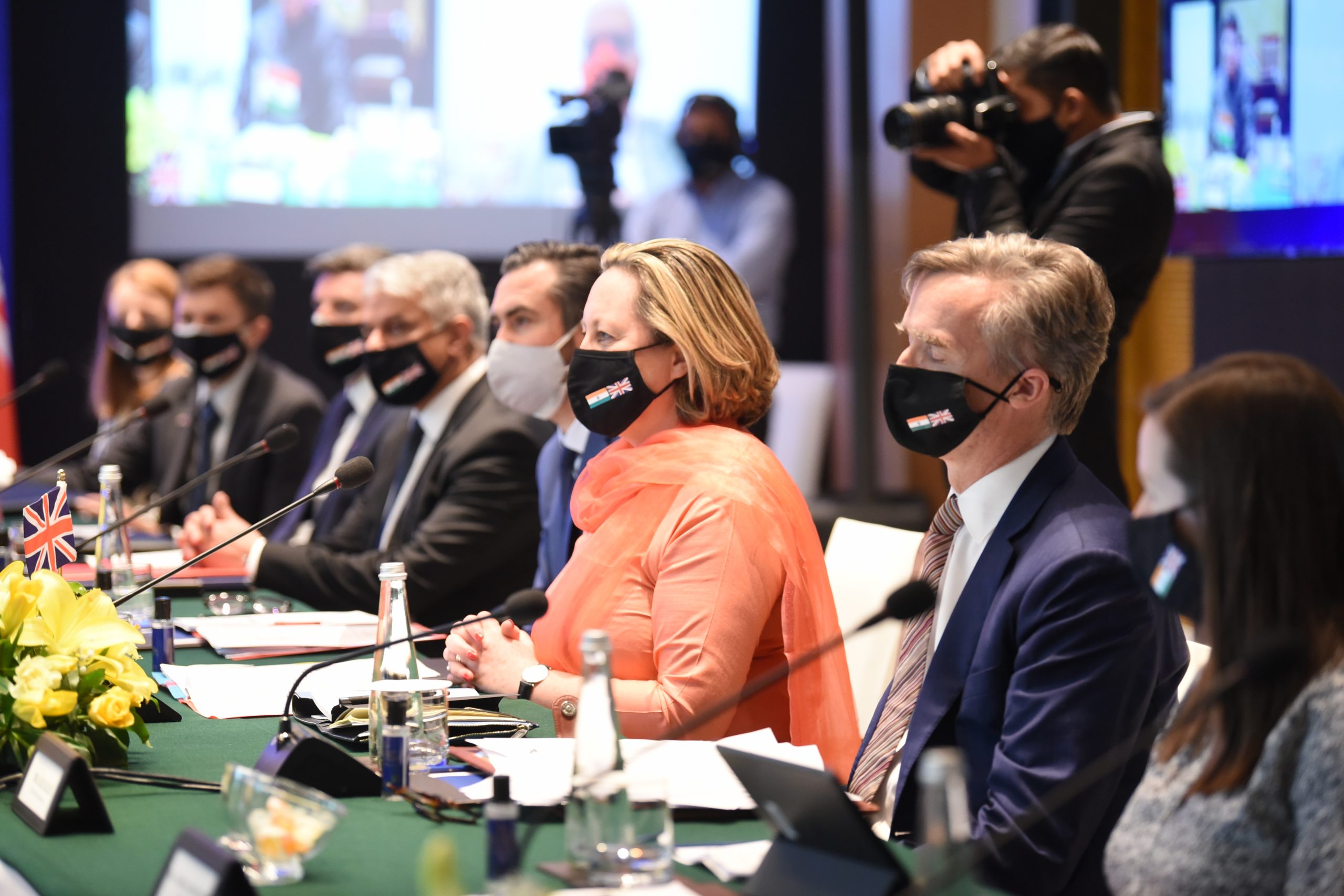 Britain-India pact will open doors in every nation of the UK, Jayawardena says

A BRITISH minister has made it clear for the first time that all parts of Britain will benefit from a UK-India Free Trade Agreement (FTA).

Ranil Jayawardena, parliamentary under secretary of state at the Department of International Trade, briefed journalists in London last week as his boss, the secretary of state, Anne-Marie Trevelyan, was in Delhi to begin negotiations on a FTA with India’s commerce and industry minister Piyush Goyal.

The latter two said in a joint statement: “We welcomed the launch of UK-India Free Trade Agreement (FTA) negotiations on 13 January and looked forward to the first round of negotiations taking place on 17 January.

“We committed to concluding negotiations on a comprehensive and balanced FTA, with the ambition to close negotiations by the end of 2022, including consideration of an Interim Trade Agreement to achieve early gains.

“We reiterated the commitments made by our prime ministers as we launched our Enhanced Trade Partnership as part of the 2030 Roadmap, including the commitment to more than doubling the value of UK-India trade by 2030.

The two sides also said: “Both sides recognised the importance of a continued response against Covid-19, and the significance of UK-India cooperation in supporting the global effort to reduce the impact of the pandemic and to drive forward economic recovery. We appreciated the ongoing collaboration between Oxford University, AstraZeneca, and the Serum Institute of India in supporting the global vaccination drive.”

In London, in response to a question about collaboration on vaccines from Eastern Eye, Jayawardena said: “You’ve already highlighted the great cooperation that there is already through the Serum Institute in Pune and the opportunities for more collaboration is exactly where we want to be. These are the high value jobs for British expertise that deliver benefits in both countries. In terms of the future, I knew that both countries want to pursue more innovation in life sciences and pharmaceuticals.”

Also asked by Eastern Eye about the role of the large British Asian community, who are part of the “living bridge” between the two countries, Jayawardena argued people should not wait for the FTA to be concluded.

He pointed out that “it’s not governments that trade with one another, it is businesses. We are here to create the right environment so that businesses can thrive.”

To the suggestion made by some Tory MPs that the British government would relax visas and immigration control for Indians in exchange for the FTA, Jayawardena was not forthcoming: “I’m not going to fetter the British national interest by giving away our hand at this stage.

“But we will only agree a deal if it is in our national interest, including on issues related to business travel. You look at the deals we’ve done in the past – there have been efforts to make sure that business travellers and businesses benefit from the deals.

“We have created a level-playing field in immigration for the first time in 50 years, having left the EU, where we can now have a pointsbased immigration system, which means that every country is treated fairly, which wasn’t the case when we are part of the EU. And that’s why so many of us campaigned for Brexit.”

On how the FTA would benefit Northern Ireland, the minister said: “The analysis that we’ve got show that something like an extra £71 million a year would find its way into the Northern Irish economy in the long run as part of this FTA.”

He said it was “crystal clear that Northern Ireland remains part of the United Kingdom’s customs territory and therefore would be able to benefit from any future FTA with any trading partner around the world”.

With India, “Northern Ireland’s world class services sector, particularly financial services – which I was part of myself before I entered politics – would indeed stand to benefit from such a deal. Future trade deals are going to be increasingly about things like the data and digital economy in India, which could offer huge opportunities for the blossoming tech sector in Northern Ireland.”

So with the opportunity from an FTA to streamline barriers to trade, (and) to reduce massive import taxes levied by India on certain sectors, there will be huge opportunities not only for the 700 current exporters to India but many more besides.

It’s going to really open doors.” In the West Midlands, where the Tata Motors-owned Jaguar Land Rover is based, he highlighted the 30,000 jobs in the region that had resulted from inward investment by companies from India.

As a general principle, Jayawardena said: “On the investment point, too often investment is overlooked in public discourse.

It’s really important it isn’t. Investment creates jobs, and we, as the United Kingdom, want to be the best place in the world to invest.

“But I believe we want through trade deals to be the best place in the world to trade from. We’re providing end-to-end benefits for businesses that choose to base themselves here. In the process, of course, we’re creating great high-quality paid jobs for our people.”

Talking about the West Midlands, he went on, “I think there will be a boost of something like £300m as a result of opportunities for manufacturers of motor vehicles and parts.”

The aim, he said, was to reduce the 125 per cent tariff on British-made cars that are exported to India.

On Wales, “which is a leader in things like green energy”, he said “the FTA is estimated to boost the Welsh economy by up to something like £126m in the long run.

The green energy sector is a great example of development of a product that friends in India and indeed around the world will want to benefit from in the years ahead. I’m very positive about what the deal with India could bring to businesses and people across Wales.”