Taliban may use funds for buying Blowfish drones from China: Report

The blowfish drone is a mini helicopter that can fire machine guns, launch mortars and throw grenades. Artificial intelligence imbues them with the ability to determine who lives and dies on the battlefield with less human input, as per the news report. 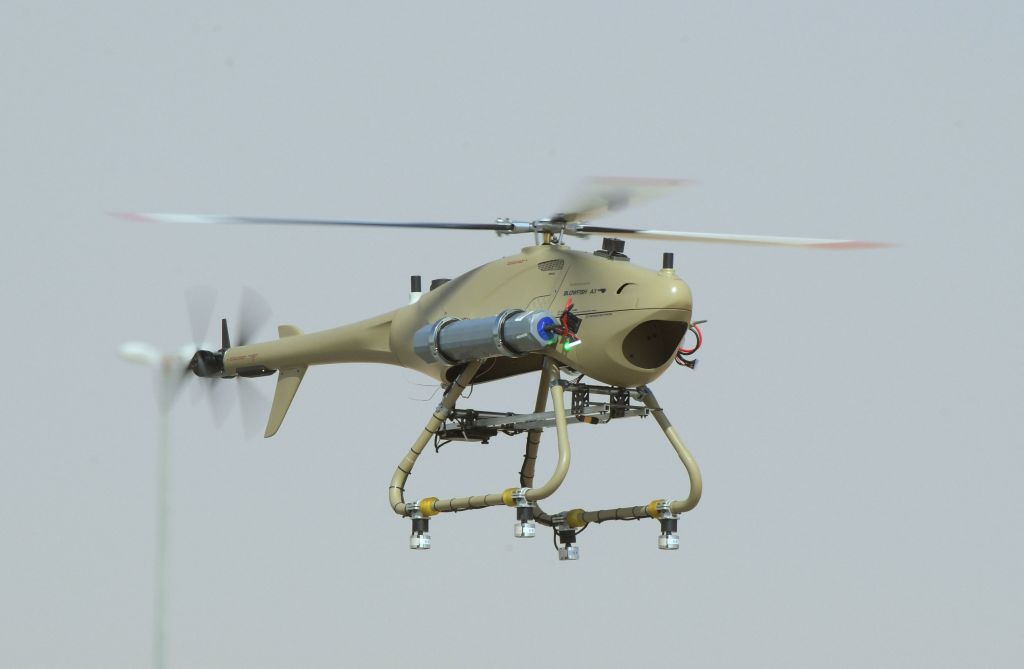 A Blowfish A3 Combat Swarm System by Ziyan UAS hovers during a live demonstration at the UMEX Exhibition showcasing drones, robotics, and unmanned sytems (Photo by -/AFP via Getty Images)
Follow Us

Instead of using the money for subsidizing education or developing Afghanistan, it seems that the Taliban “will use its limited cash” to buy or acquire Blowfish drones from China, 19FortyFive reported.

The blowfish drone is a mini helicopter that can fire machine guns, launch mortars and throw grenades. Artificial intelligence imbues them with the ability to determine who lives and dies on the battlefield with less human input, as per the news report. The US Defence Department has already expressed fears that Blowfish exported to the Middle East might reach the wrong hands, according to the 19FortyFive report. The United States should not be fooled by China’s statement that drones are required to help the Taliban’s counter-terrorism, considering the Taliban’s ties with Al Qaeda, as per the news report.

According to the news report, the US needs to counter the Blowfish sale and work to check the “Taliban’s consolidation of power without any deference to China or its Pakistani clients” for regional security and human rights.

China is providing modern weaponry to the Taliban in the wake of the recent attack by the Islamic State Khorasan Province (ISKP) on a hotel in Kabul that mostly housed Chinese nationals, wrote Zafar Iqbal Yousafzai, author of ‘The Troubled Triangle: US-Pakistan Relations under the Taliban’s Shadow’ in The Jamestown Foundation.

The move comes as unstable and volatile Afghanistan threatens Chinese interests and could be a hurdle to the success of the Belt and Road Initiative (BRI).

Earlier this month, the Taliban announced a deal with a Chinese company to enable oil extraction in the Amu Darya basin in northern Afghanistan, raising alarm bells in the west.

The signing ceremony of the over USD 500 million deal took place on January 5 in the presence of the Chinese envoy to Afghanistan Wang Yu, and other high-ranking Taliban officials, including Abdul Ghani Baradar, the acting deputy prime minister for economic affairs.