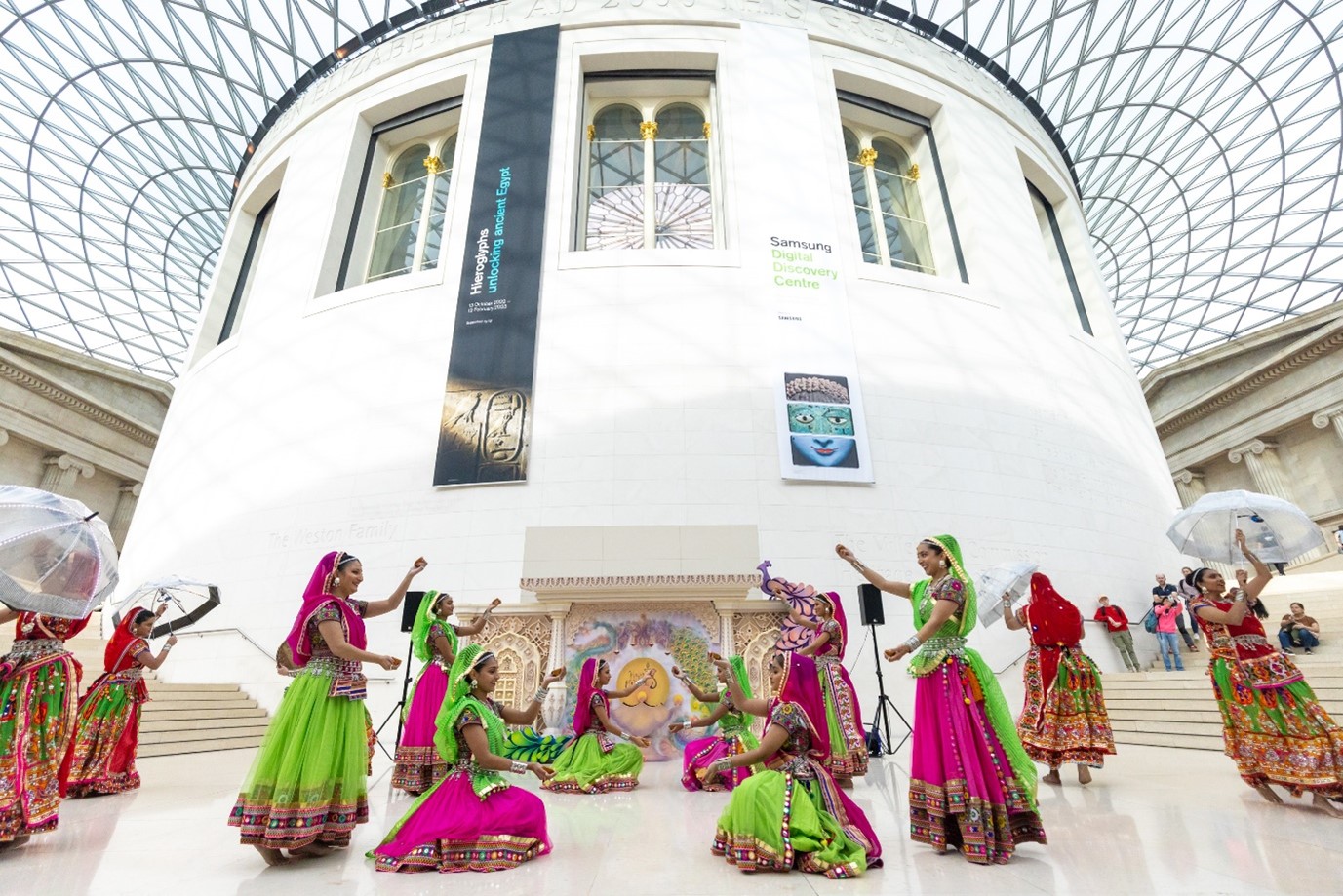 MEMORY, belonging, culture, faith and identity are issues all individuals grapple with in life as they navigate through its various vicissitudes.

These issues are not fixed but changeable and, depending on the context in which we live, we develop new affinities, new sensibilities, and new ways of relating to others. At times, this process can be problematic and when identities clash, people are often left confused, perplexed and at times bewildered.

Roots and Changes (www.rootsandchangesgujaratiinfluences.com), a programme of Subrang Arts (est.1989) aims to ensure that young Gujaratis based in the United Kingdom avoid a clash in their multiple identities and are able to speak with each other and to outsiders with confidence and in harmony.

Coordinated by Lata Desai and Rolf Killius, a German ethnomusicologist, this multidimensional exhibition, mounted at Brent Museum, London between April and August 2021 in collaboration with the museum, combined a series of activities which highlight the influence which diasporic Gujaratis have had on the development of the London Borough of Brent.

This exhibition, as well as a number of related activities set up by Subrang Arts with the help and support of the National Lottery Heritage Fund, is aimed at helping young Gujaratis in the UK make meaning of their lives by, inter alia, capturing their past through oral histories passed down through the generations.

Subrang Arts focuses on art, music, literature, storytelling, weaving, textiles, embroidery, and cuisine. By reinvigorating some of these dying skills, people find new purpose in life and discover that they are able to embrace their environment with far greater ease and confidence.

Subrang Arts has held a number of activities. One of these was the Diwali festival held at the British Museum in October 2022. This event included a stunning dance performance combined with traditional arts and crafts workshops and storytelling sessions. The dance performance expressed a veritable joie de vivre, replete with a full extravaganza of beautiful costumes, enchanting music, elegant dances and colourful lights. The collections of the British Museum, coupled with the activities of the various communities, led to greater cultural exchange and an enhancement of cultural literacy.

These activities were preceded in 2017-2018 by another heritage project called Gujarat Yatra – Journey of a People, once again funded by the National Lottery Heritage Fund in which Subrang Arts collaborated with the Museum of Croydon (www.gujaratiyatra.com) and captured the experiences of mainly Gujarati immigrants to the UK who related how they came here from East Africa and speak of the artefacts they brought with them – ranging from old photographs and faded rupee notes to items of jewellery, textiles and in one case a stone grain grinder called a chakki.

Among other activities undertaken by Subrang Arts was a cross cultural performance in October 2021 with the London Mozart Players at the Fairfield Halls, Croydon, entitled Peace and Harmony. Here a group of Gujarati girls dressed in beautiful beige and gold outfits danced to the accompaniment of Mozart’s Symphony No. 40. In this fusion, we saw two cultures speaking to each other in absolute comfort and in mutual respect. Dance dramas are another genre that feature in Subrang’s repertoire, with Kalidasa’s epic Shakuntala Dance Drama, Janak Dulari Sita, Meera and Dances of India having been performed at various cosmopolitan centres in England under the mentorship of dedicated dance teacher Harsha Amin.

Migrations for whatever reasons often create disruptions and when they are sudden or born out of conflict, they are disruptive and give rise to trauma. Culture provides a bridge from an exilic past to an idyllic future, which is often aspirational. Culture helps us to identify a language in which we can hold a discourse and Subrang’s multifaceted activities are designed to give the young generation of Gujaratis the ability to speak with a common language — a language of humanism, which is universal.

What is significant is that Subrang Arts encompasses Gujaratis of all faiths, cultures, social classes and age groups . Very few people today are aware of the fact that both Mahatma Gandhi and Muhammad Ali Jinnah, the reputed fathers of the nation states of India and Pakistan, respectively, were both of Gujarati origin. So were Dadabhai Naoroji, the second person of Asian descent to be elected to the British Parliament between 1892 and 1895, JRD Tata, leading industrialist and Vikram Sarabhai, the Indian physicist and astronomer. No doubt, Patels, Shahs, Jains, Parsis, Ismailis, Ithna Asharis, Bohoras,and Sunni Memons all have their ancestral roots in Kathiawar Peninsula, that promontory that juts out of the land mass of India between the gulf of Kutchh and the gulf of Khambatt and that has dominated the trade in the Indian ocean for over a thousand years.

Gujarati people today are once again playing a leading role in global commerce and development and, with a strong knowledge of their culture and history, they no doubt will be able to contribute handsomely to a greater pluralistic culture which is very much in keeping with their past heritage. Subrang Arts’ work is aimed precisely in that direction.

Mohamed M Keshavjee is the author of Diasporic Distractions.