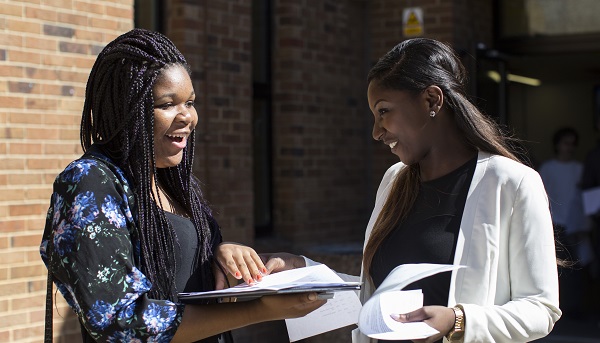 AN URGENT investigation is needed on why ethnic mi­nority entrepreneurs often struggle to secure financial support to grow their firm, according to business lead­ers and experts.

They have expressed disap­pointment at the findings of a report which found that some BAME business owners are disproportionately unable to access loans, grants or invest­ment. The study, by the Feder­ation of Small Businesses (FSB) and Aston University in Bir­mingham, called on ministers to launch a scheme to improve ethnic minority access to finan­cial help. It also found that BAME businessmen and wom­en contributed £25 billion to the UK economy in 2018, equivalent to the economic contribution of Greater Manchester, despite being held back by barriers.

Ramesh Sharma, managing di­rector of Media Ventures Interna­tional, told Eastern Eye: “It is disap­pointing to see that ethnic minority businesses continue to be put at a disadvantage when trying to grow a business, despite their invaluable contribution to both society and the economy.

“To make matters worse, the coronavirus-induced uncertainty that continues to plague the econ­omy risks accentuating the dispro­portionate lack of investment that ethnic minority businesses receive.

“There is work to be done by the public and private sectors. The government ought to launch an in-depth investigation into the issues raised by the FSB’s research, while investors – from banks and private equity firms through to venture capitalists and angels – must ques­tion their own practices.

“I urge all those in positions of power to acknowledge that there is a problem with funding for ethnic minority businesses, and commit to ensuring that these innovative businesses are not left at a disad­vantage,” he said.

The Unlocking Opportunity re­port in July called for a regular na­tional study of BAME entrepre­neurship to assess trends and tar­get business support.

One unnamed British Pakistani woman, involved in building design, told researchers: “I was told by one of my business con­tacts that a local official told them not to do business with me be­cause I’m Asian”.

“In the past few years, I changed my business name which previ­ously included my surname. I’ve found the turnaround time between enquires and securing contracts is a lot faster now than with the previous business name. I no long­er receive questions about ‘where I’m from’ as I did previously.”

A British Pakistani business owner in north west England, also told researchers: “There is so much more the local council could do to let people know of the ser­vices that are out there.

“This has been a big issue dur­ing the coronavirus pandemic, with many businesses in the area not knowing what support is avail­able to them – information is sim­ply not accessible. We need to see more support for local advice cen­tres and ensure they continue to be accessible for all.”

Atul Bhakta, CEO of global logis­tics firm One World Express, said it has been positive to see diversity become a watchword within Brit­ish business over recent years but added that “statistics highlight just how far we still have to go”.

He told Eastern Eye: “I feel it is time we shone a light on the inno­vative, ambitious Ethnic Minority Businesses that are creating jobs and wealth here in the UK, ensur­ing they are not overlooked for funding that could help them take the next step in the journey.

“The UK must strive to create a truly level playing field for all entre­preneurs as they look to start and grow a business.

“A government support scheme coupled with open discussions about BAME issues within the pri­vate sector will be important steps as we look to combat the discrimi­nation and nepotism that is hold­ing so many back.”

Professor Sunitha Narendran, director of Roehampton Business School in London, said the report identifying barriers that continue to confront BAME firms is impor­tant and “also so very disappoint­ing, particularly since there is an extensive amount of existing re­search that confirms this problem.”

She said: “There are several poli­cy interventions and initiatives promulgated to mitigate this issue here in the UK. Why haven’t they worked? The social-psychologist in me is urging now for a focus on pinning down the processes that twist policy and well-intended interventions.

“We urgently need process-based evaluations that explain why something is not working rather than repeatedly reporting prob­lems that seem to continue to per­sist. It is not enough to treat the symptoms without addressing the real issue and its complexities.”

Tiba Raja, director of Market Fi­nancial Solutions, said: “Thankful­ly, conversations around BAME is­sues have never been more promi­nent. So, as the UK starts its eco­nomic recovery after the damaging effects of the coronavirus pandem­ic, now is the opportunity for the government to establish how eth­nic minority businesses can be bet­ter supported.

“We need to give ethnic minori­ties the confidence to aspire to and achieve great things in their ca­reers, be it attaining a senior man­agement position or successfully launching and scaling up a new business. To achieve this, we must focus on visibility – namely, cele­brating stories of successful ethnic minority business leaders and championing their role as vital in­novators, employers and contribu­tors to the economy.”

In response to the report, a spokesperson for the Department for Business, Energy & Industry Strategy said the report highlights the vital contribution of ethnic mi­nority entrepreneurs to the econo­my and to our local communities.

“We are committed to support­ing business owners from all backgrounds during these chal­lenging times.

“Our Start Up Loans programme has delivered more than 71,500 loans worth £586 million, with 20 per cent of these going to business owners from Black, Asian and Mi­nority Ethnic backgrounds.”