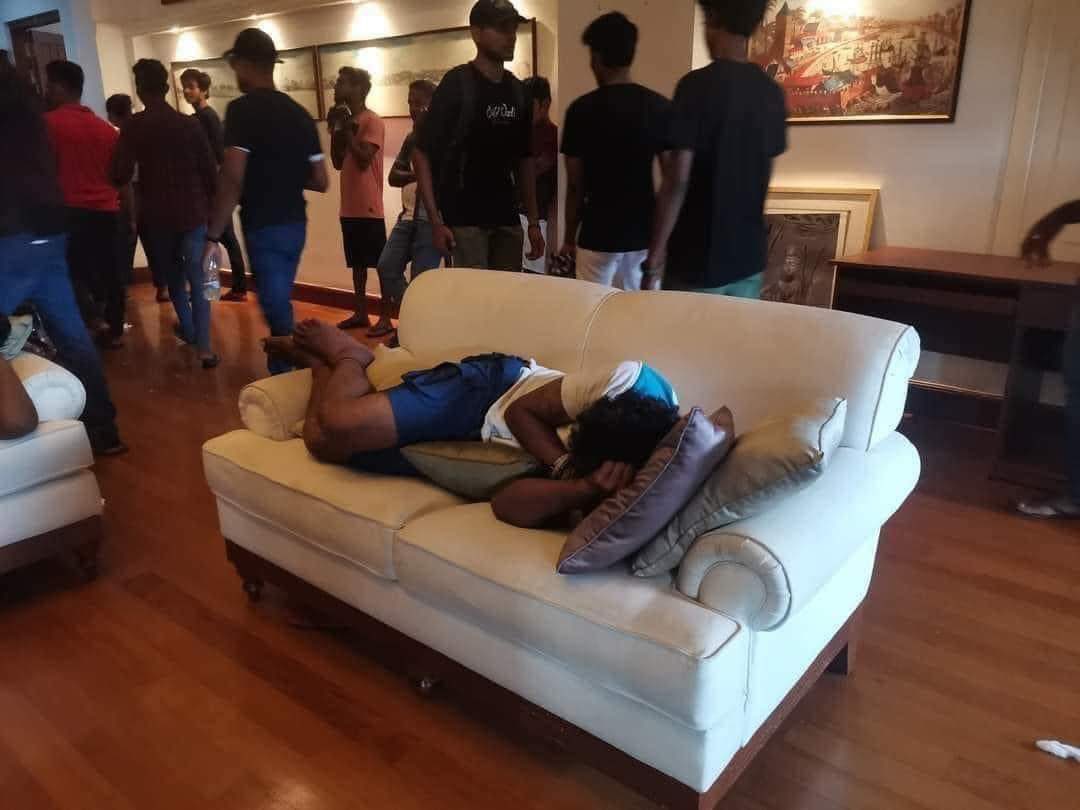 PROTESTERS who stormed president Gotabaya Rajapaksa’s house on Saturday (9) amid the country’s worst economic crisis claimed to have recovered a large sum of money from the mansion, local media reported.

According to Sri Lanka’s daily newspaper, Daily Mirror, it was reported that the recovered money was handed over to the security units. Several dramatic videos have been doing the rounds on social media after Saturday’s upheaval where thousands of protesters stormed his official residence in the capital of Colombo, forcing him to flee to an unknown location.

With the demand for president Gotabaya Rajapaksa’s resignation, they stormed into the president’s house, tore down security cordons placed by police, took a dip in the swimming pool and romped through his kitchen and home.

In one of the videos on social media, protesters are seen counting the currency notes that they claimed were unearthed from the President’s official residence, said the media outlet.

Sri Lankan authorities said that the situation can only be understood once they probe it and come up with relevant facts.

Chief of Defence Staff (CDS) General Shavendra Silva urged all citizens to give their support to the armed forces and the police in order to maintain peace in the country, as per the media portal.

He made these remarks in a special statement accompanied by Tri Force Commanders.

Meanwhile, Sri Lankan Minister of Tourism and Lands Harin Fernando and Minister of Labour and Foreign Employment Manusha Nanayakkara said they have decided to step down from their ministerial portfolios with immediate effect.

Several journalists were also attacked by the security forces after which more protestors gathered in the area, Daily Mirror reported.
Police resorted to water cannons to stop the enraged protestors.

The police also fired tear gas at the protesters but despite that, they entered PM’s house and set the house on fire.

Meanwhile, Colombo Municipal Council (CMC) fire brigade said they were informed that the Prime Minister’s private residence in Colombo was set on fire and its teams were unable to reach the location due to the unrest, according to Daily Mirror.

Wickremesinghe, who was appointed as prime minister in May, has announced that he will resign from his post in order to ensure the continuation of the government and the safety of all the citizens.

Sri Lankan president Gotabaya Rajapaksa also agreed to step down from his post on Wednesday.