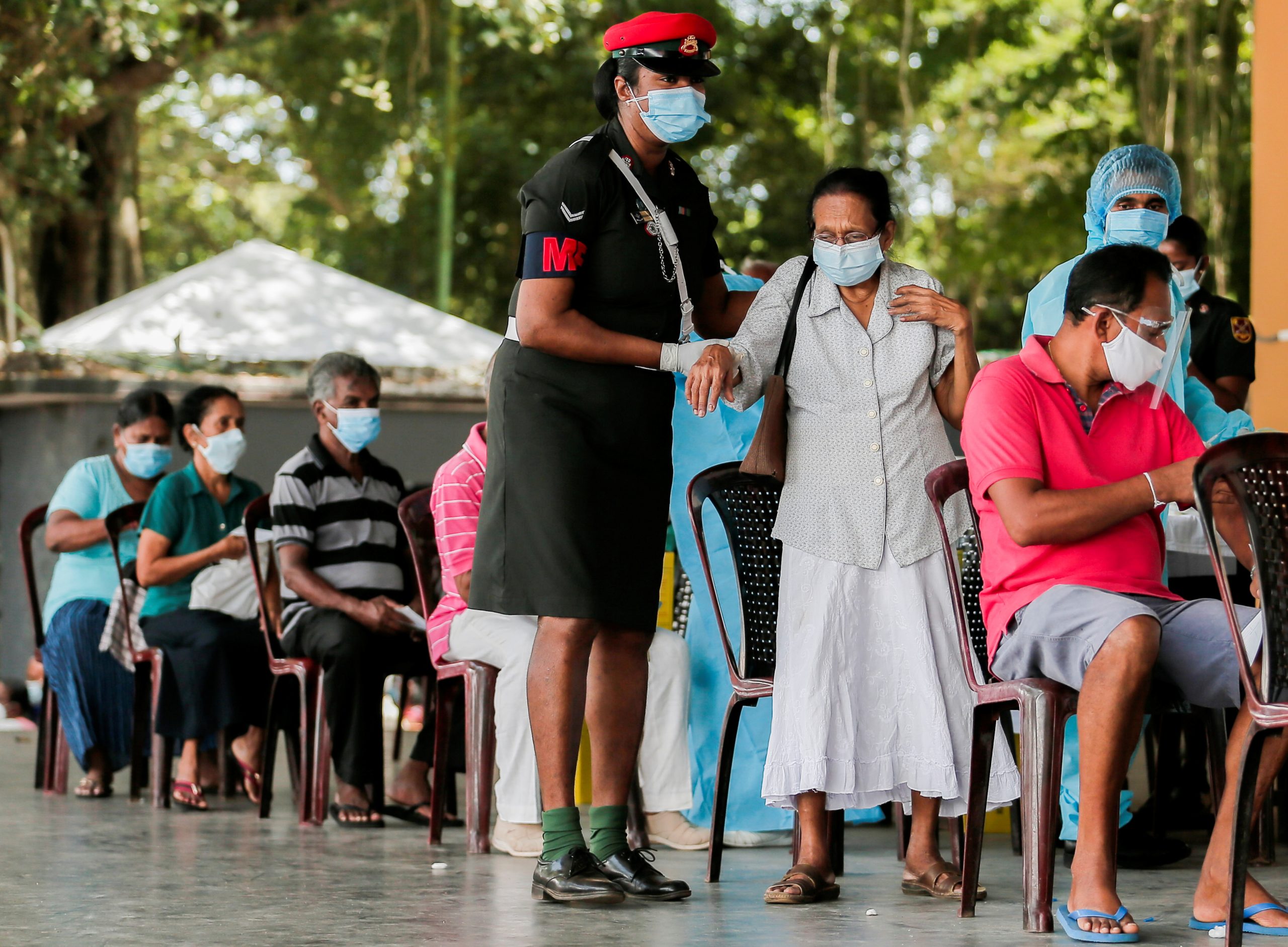 A Sri Lankan army officer helps a woman walk off the premises after she received her first dose of Sinopharm vaccine against the coronavirus in Colombo, Sri Lanka August 5, 2021. REUTERS/Dinuka Liyanawatte

SRI Lanka began mass cremations to clear a backlog of dead bodies from Covid-19 as cases surged across the island, officials said Monday (9).

Daily virus infections in the country have doubled in a month to more than 2,500 with nearly 100 deaths, putting a huge strain on hospitals.

On Sunday (8) evening, Colombo Municipality started mass cremations, disposing of 15 corpses at the Colombo General Cemetery after the island’s main hospital said it had no more freezer space.

It was the first mass cremation since December when the government overruled religious objections and cremated 15 members of the Muslim minority, including a 20-day-old baby.

Following local and international protests, the government then allowed Muslims to be buried in a remote corner of the island’s east, in accordance with Islamic traditions.

The Public Health Inspectors (PHI) Union said bodies of Covid-19 patients piled up at hospitals over the weekend as crematoriums working round the clock were unable to cope with a rapid rise in deaths.

“At this rate, we may have to build new crematoriums,” PHI Union chief Upul Rohana told reporters in Colombo.

At the Colombo North hospital, there were 20 bodies without refrigeration while the number at the Panadura hospital, south of the capital, was over 50.

At the Colombo National Hospital’s mortuary, all 66 freezers were filled and bodies were piling up on trollies and tables, hospital sources said.

Throughout the pandemic, the state has disposed of bodies and not released them to families.

Rohana said the surge in infections also meant contact tracing of patients was no longer practical.

Coronavirus restrictions were tightened on Friday (6) as reports emerged of Covid patients dying while awaiting admission to overcrowded hospitals.

The government said state ceremonies and public gatherings were banned until September 1.

A little more than 11 million people out of the population of 21 million have been given at least one vaccine jab, while 2.93 million received both as of Sunday (8).

Sri Lanka has recorded 5,107 deaths to date and almost 330,000 infections, according to official data.