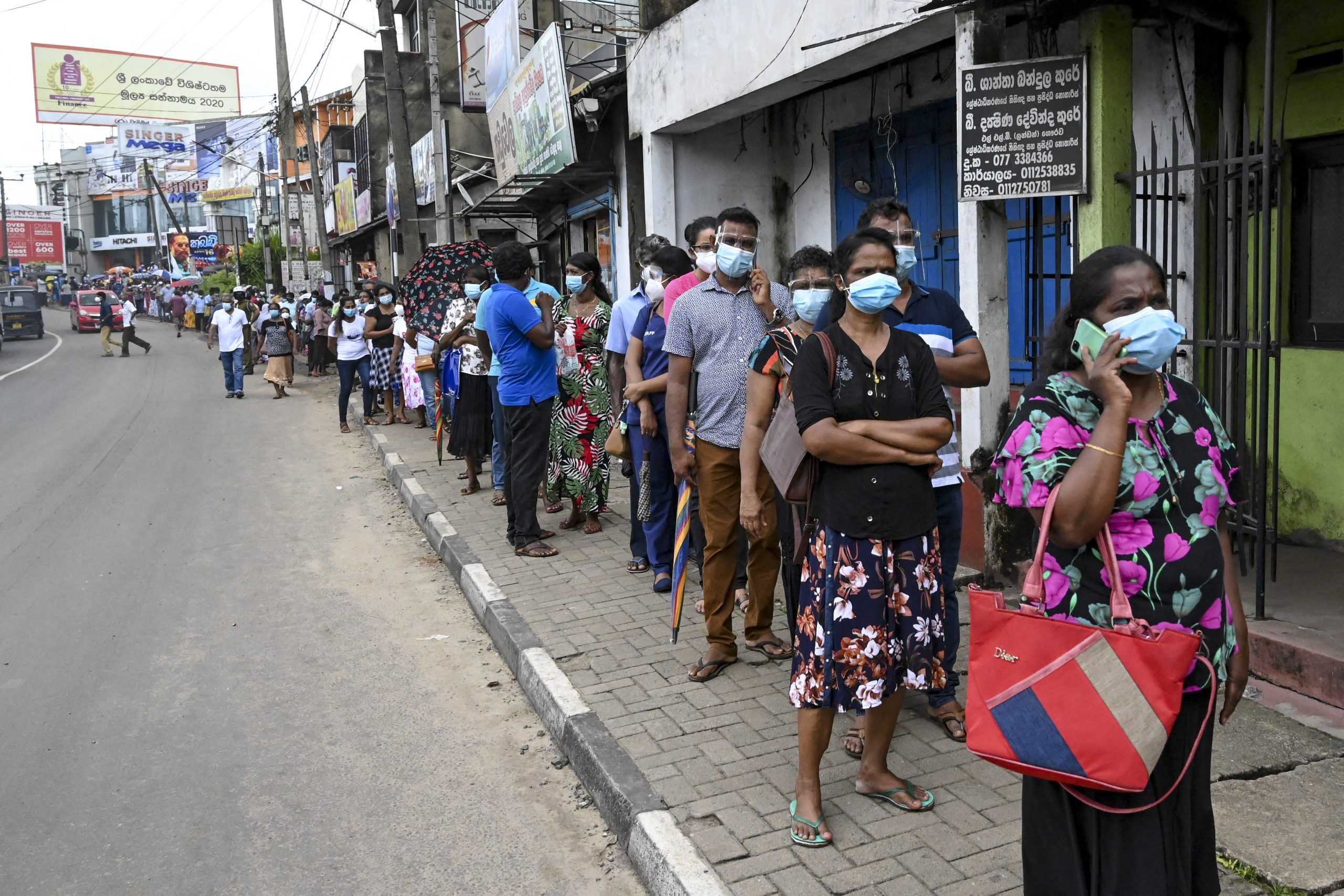 People stand in a queue as they wait for a dose of the Chinese-made Sinopharm Covid-19 vaccine in Kaduwela on May 12, 2021. (Photo by ISHARA S. KODIKARA/AFP via Getty Images)
Follow Us

THE ASSOCIATION of Medical Specialists has warned the Sri Lankan government that the country could face an acute shortage of oxygen if the Covid-19 is not contained.

Its president Lakkumar Fernando said the government should speak in one voice and inform people about the gravity of the situation, instead of making statements that would “give a false sense of security”.

He suggested that as the country’s two oxygen manufactures can produce just 80 tons of life-saving gas daily, the situation could spiral out of control if there is a surge in the demand.

“Different stakeholders are saying different things to the people. That is a problem. We must tell the people the truth. We insisted that there was no community spread until things became bad. If we keep on insisting that we have enough oxygen capacity, we will not prepare until we are in trouble,” he told The Island.

The country has 28 liquid oxygen tanks installed in hospitals and there are only two 20,000-litre tanks – at the Colombo National Hospital and Peradeniya Teaching Hospital – he said and suggested the demand could far outstrip the supply if the number of Covid-19 cases rises rapidly.

Meanwhile, army commander general Shavendra Silva clarified that travel restrictions would be enforced between 11 am and 4 am till Monday. He said nobody would be allowed to leave their homes during the restrictions.

According to Woldometer statistics, the country reported 1,429 fresh cases of Covid-19 infections in the last 24 hours, taking the total to 1,32,527 since the outbreak of the pandemic last year. So far, 850 died of the disease, according to the data.