The siblings showed off their ill-gotten wealth by posting photos of designer watches, luxury cars and bundles of cash. 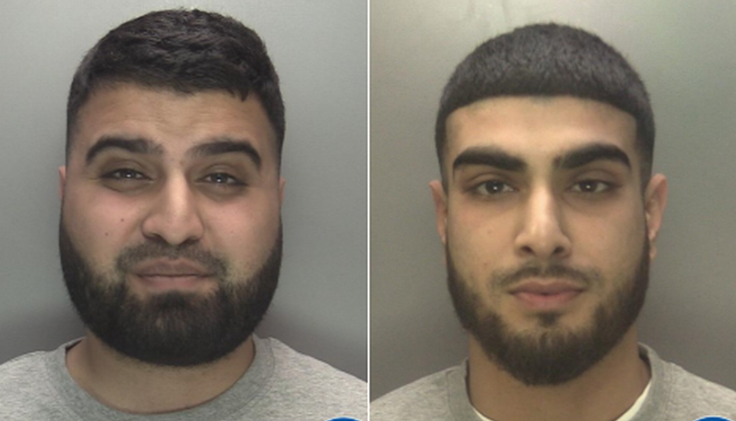 Two brothers from Smethwick who ran a 24-hour County Lines drugs network in Stoke-on-Trent have been jailed.

Awais, 27, who called himself ‘Snowman 24’ for his ability to supply cocaine round the clock will undergo imprisonment for 11 years and six months and Luqman will be behind bars for seven years and two months.

They ran the drugs racket from their homes – meeting users outside shops and pubs and dropping to home addresses.

But their enterprise collapsed after County Lines Taskforce detectives caught wind of their illegal activity. They arrested Awais from his home in St Pauls Road, Smethwick, on January 27 this year. This was followed by the arrest of Luqman, 24.

The defendants’ mobile phones and communications data evidence revealed the extent of their criminal network.

Wolverhampton Crown Court heard how the siblings had sent bulk messages to drug users and how much money they had been making. Their phones seized during the investigation contained pictures of large bundles of cash, expensive watches and high-end vehicles.

The duo pleaded guilty to supplying the Class-A drug, leading up to their conviction and sentencing.

Detective Superintendent Syed Hussain, who is the West Midlands Police lead for County Lines, said drug dealers like the Khan siblings would ruin the lives of vulnerable people.

He said County Lines Taskforce officers – a team of investigators who identify and target drug lines – worked hard to stop them and bring them to justice.

He said County Lines gangs should “know they are in our sights” as the officers round the clock to bust their networks.

“Communities are left destroyed by County Lines”, he said after the sentencing and added, “we are determined to stop people like the Khan brothers from profiting from the misery of others.”