The 2019 Cricket World Cup in England and Wales, the focal point of this summer’s cricket, is just around the corner. From 30 May to 14 July, the best cricketing nations in the world will compete for the ultimate prize of the ODI form. It’s a particularly testing format, with a single table of ten teams making up the group stage. The round-robin format means that there’s nowhere to hide, with only the top four teams going into the top four.

Little over one month away from the grand tournament, India sit as the second-favourites to win, but are they being underrated?

Leading the top-class field of teams

According to the ICC men’s ODI team rankings, England are the best team in the world right now, and they will enjoy the pleasure of playing at their home grounds for the duration of the World Cup. But India aren’t far off, and put in a decent showing in the first game of their 2018 ODI series in England, winning by 8 wickets.

India found more success in England in the ODI format a couple of years back, winning the 2017 ODI series 2-1 which required them to dig very deep for a win by three wickets with 11 balls left and by 15 runs in the second match. England only won the third game by five runs. The fact that India also won their early 2019 ODI series 2-1 by six and seven-wicket margins on Australia’s fast and bouncy pitches also puts them in good stead for the World Cup.

However, top-spot ranking, playing on their home turf, and boasting a strong ODI team puts England at 9/4 to win the 2019 ICC World Cup. But some of those who have been following the winter matches have been giving India a good luck, seeing them as a fair choice for the Bet £5 Get £20 betting offer, which gives new customers four lots of £5 free bets through Oddschecker for Coral, who put the Virat Kohli-led Men in Blue at 3/1 to win the tournament.

Another very daunting for the favourites and hosts of this tournament is that they are yet to break their 44-year World Cup duck. The England men’s side has never won a World Cup, per The Independent, and there will, once again, be a lot of pressure on Eoin Morgan and his team to win-it-all. The team is strong, worthy of the number one ranking, but they’re certainly not unbeatable and have a habit of underwhelming on big occasions.

England may be the favourites coming into the tournament, but India will certainly be there to put up a fight, as will the Australians and West Indies. 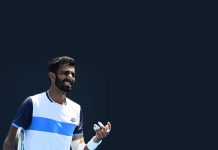 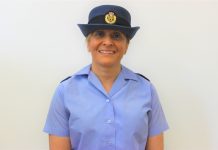