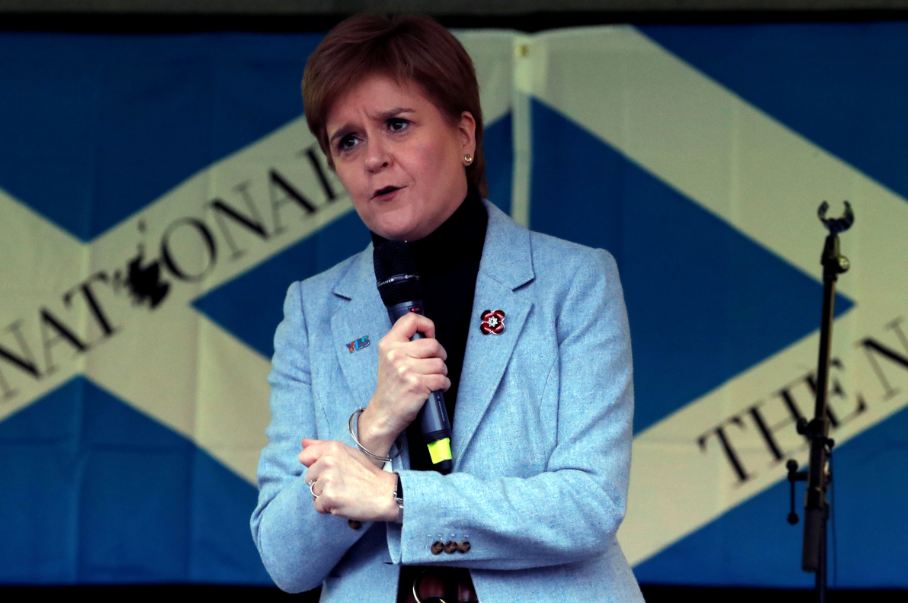 THE Scottish National Party hoped a second day of vote-counting Saturday (8) would bring it a slim majority in the devolved parliament while prime minister Boris Johnson decried its plan for an independence referendum.

The UK voted in a series of local and regional polls on “Super Thursday” in its first major vote since Brexit and the pandemic.

But the focus remained on Scotland, where a vote for the devolved parliament in Edinburgh tested public support for the SNP’s plan to hold a fresh referendum on independence that could reshape the UK.

The SNP so far has won 40 of the 49 seats declared but lost two key targets.

It is heading for a fourth consecutive term in power but would need 65 seats to claim a majority at Holyrood for the first time since 2011.

“Hopes of SNP majority fading”, the Herald daily headlined its election story, while The Scotsman wrote: “SNP hopes on a knife-edge amid gains for Nicola Sturgeon’s party.”

Deputy first minister John Sweeney told BBC Radio 4 on Saturday morning that an overall majority “was always a very, very challenging mountain for us to climb”.

Sweeney predicted the Scottish parliament would however have a majority of members “committed to the holding of an independence referendum.” The other pro-independence party with Holyrood seats is the Scottish Greens.

Scots vote twice, once for a constituency MSP and once for a party, with those votes allocated regionally, with this proportional representation system designed to prevent a single party dominating.

Johnson in an interview with The Daily Telegraph indicated that he would not agree to a referendum even if the SNP wins a majority.

“I think a referendum in the current context is irresponsible and reckless,” Johnson said.

“There’s no case now for such a thing… I don’t think it’s what the times call for at all.”

Sturgeon has stressed that she will only hold a legal referendum and that it will be held when the virus crisis is over and not before the end of 2023.

“I pledge today to get back to work immediately, to lead this country in recovery from Covid, and then, when the time is right, to offer this country the choice of a better future,” she said Friday (7).

The previous SNP leader Alex Salmond fielded a new pro-independence party called Alba calling for immediate steps towards a referendum, but it was not expected to win any seats.

Salmond stood down after the last referendum in 2014 saw 55 percent vote “no”. Recent polls suggest “no” would win again in an immediate referendum, as many fear ongoing upheaval post-Brexit.

The SNP pledges that an independent Scotland would seek to rejoin the EU after most Scots opposed Brexit.

Polling expert John Curtice told the BBC the results so far showed Scotland is still “fundamentally divided” on the question of independence.

On Friday, Johnson’s Tories won a landslide in the northeast parliamentary seat of Hartlepool, in a bitter blow for Labour and its leader of just over a year, Keir Starmer.