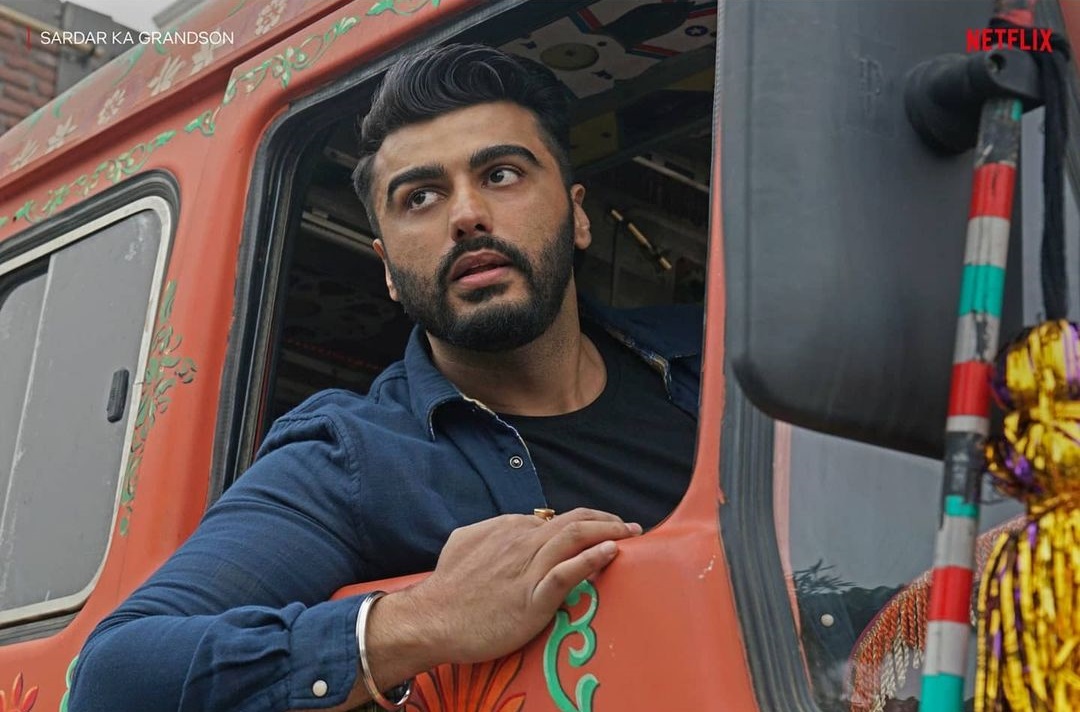 A few weeks ago, it was announced that Arjun Kapoor, Rakul Preet Singh, and Neena Gupta starrer Sardar Ka Grandson will be getting a direct-to-digital release on Netflix. And today, the trailer of the film has been released.

Well, the trailer of Sardar Ka Grandson is quite good, and the movie surely looks like a perfect family entertainer. Arjun Kapoor is impressive in the trailer, and Neena Gupta also leaves a mark. Rakul Preet Singh has been given less scope in the trailer, and we also get a glimpse of John Abraham and Aditi Rao Hydari in it.

One more thing that grabbed our attention in the trailer is the music. We get to hear a few lines of the song Jee Nai Karda Ni which is a recreated version of an old track.

The storyline of Sardar Ka Grandson looks interesting, and we are looking forward to the film.