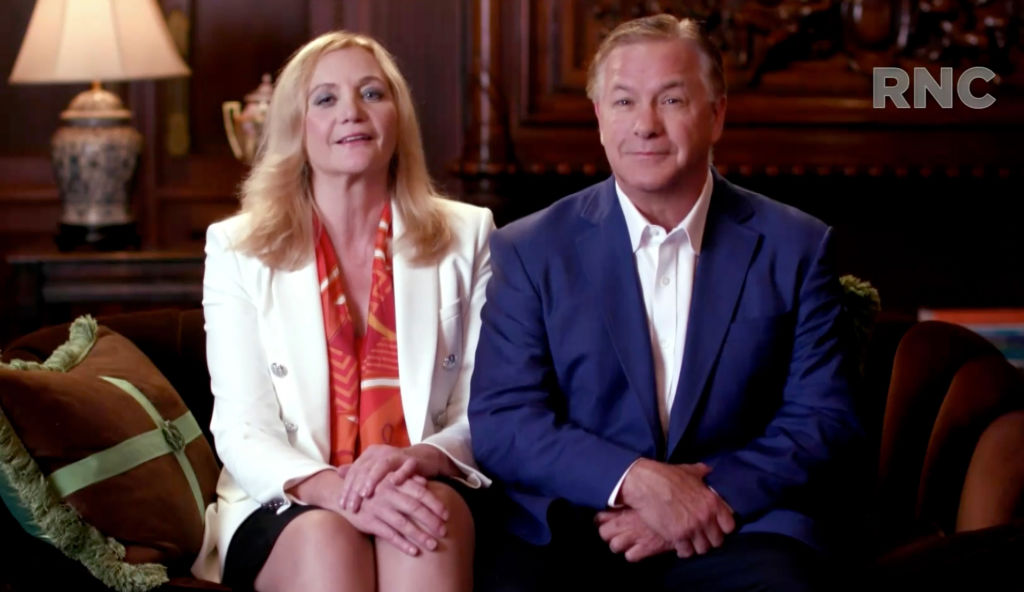 FILE PHOTO: In this screenshot from the RNC’s livestream of the 2020 Republican National Convention, Patricia and Mark McCloskey, a couple from St. Louis who pointed guns at Black Lives Matter protesters, addresses the virtual convention in a pre-recorded video broadcasted on August 24, 2020. (Photo Courtesy of the Committee on Arrangements for the 2020 Republican National Committee via Getty Images)

THE Republican Missouri governor has pardoned the US couple who pointed guns at Black Lives Matter (BLM) protesters marching past their mansion last year, the midwestern state’s governor’s office said.

Governor Mike Parson granted the couple pardons last week, a move he had promised since early on in their legal process as conservatives in the state defended the McCloskeys actions.

According to the official statement, they were pardoned in the misdemeanor convictions related to the case.

The images of Mark and Patricia McCloskey armed and barefoot on their lawn made them instant symbols of America’s polarisation amid last summer’s racial justice protests.

Both were originally charged with felony misuse of weapons after they were seen waving their guns and shouting as the peaceful protest march against police abuse and racism passed by on June 28, 2020.

They subsequently pleaded guilty to charges of fourth-degree assault for him and misdemeanor harassment for her last month and were fined $750 and $2,000, respectively.

There was no evidence that either had been threatened by the protestors on their street.

“It is illegal to wave weapons in a threatening manner at those participating in nonviolent protest,” the attorney for St Louis, Kimberly Gardner, said in a statement when the two were first charged last year.

“Make no mistake: No matter where you live, your family will not be safe in the radical Democrats’ America,” Patricia McCloskey said in a video the two made for the August Republican national convention that nominated Donald Trump for a second term as president.

In May, Mark McCloskey announced he was running for one of Missouri’s seats in the US Senate.

In a campaign video, he highlighted the incident, while exaggerating the threat the couple faced.

“When the angry mob came to destroy my house and kill my family, I took a stand against them,” he said. “I will never back down.”