FEDERAL police in India arrested two employees at Punjab National Bank believed to be at the centre of a staggering $1.77 billion fraud, a police source said today (17), in the first arrests so far in the country’s biggest-ever bank scam.

The arrests late last evening (16) come amid an intensifying probe involving various authorities after India’s second-largest state-run lender said on Wednesday (14) it had been hit by massive fraud.

The two bank employees who were arrested, Gokulnath Shetty and Manoj Kharat, are suspected of steering fraudulent loans to companies linked to billionaire jeweller Nirav Modi and to entities tied to jewellery retailer Gitanjali, which is led by Modi’s uncle, Mehul Choksi.

The accusations against the two relatively junior officials at PNB were detailed in the lender’s disclosure, and were also contained in a preliminary police report.

Police also arrested a third person, Hemant Bhat, whom the source described as the “authorised signatory” of the companies tied to Nirav Modi.

All three are being questioned, the source said, adding an “examination of others is continuing.”

The whereabouts of Modi, whose high-end jewellery has been worn by Hollywood stars including Kate Winslet, is unknown. TV Station NDTV yesterday (16) reported he was at a suite in a hotel in New York, citing household staff who answered the door.

The scale of the fraud has sparked a slew of probes into the lender, as well as into Modi, his uncle Choksi and companies affiliated to both.

India’s Income Tax Department has also extended a probe into Modi and his group companies, looking into possible tax evasion and suspected investment of illegal funds, a spokeswoman told Reuters on Saturday.

The spokeswoman said 29 properties and 105 bank accounts of Nirav Modi and his group companies had been seized.

The Hindu newspaper reported today that the Central Vigilance Commission, which investigations corruption in the government, has summoned senior officials of the Reserve Bank of Indiaand the finance ministry to assess how all internal checks and balances failed to detect the fraud.

PNB officials were also summoned, the report said, citing an official aware of the development. 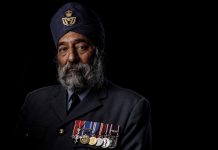 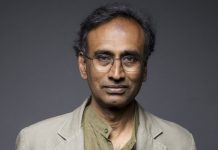