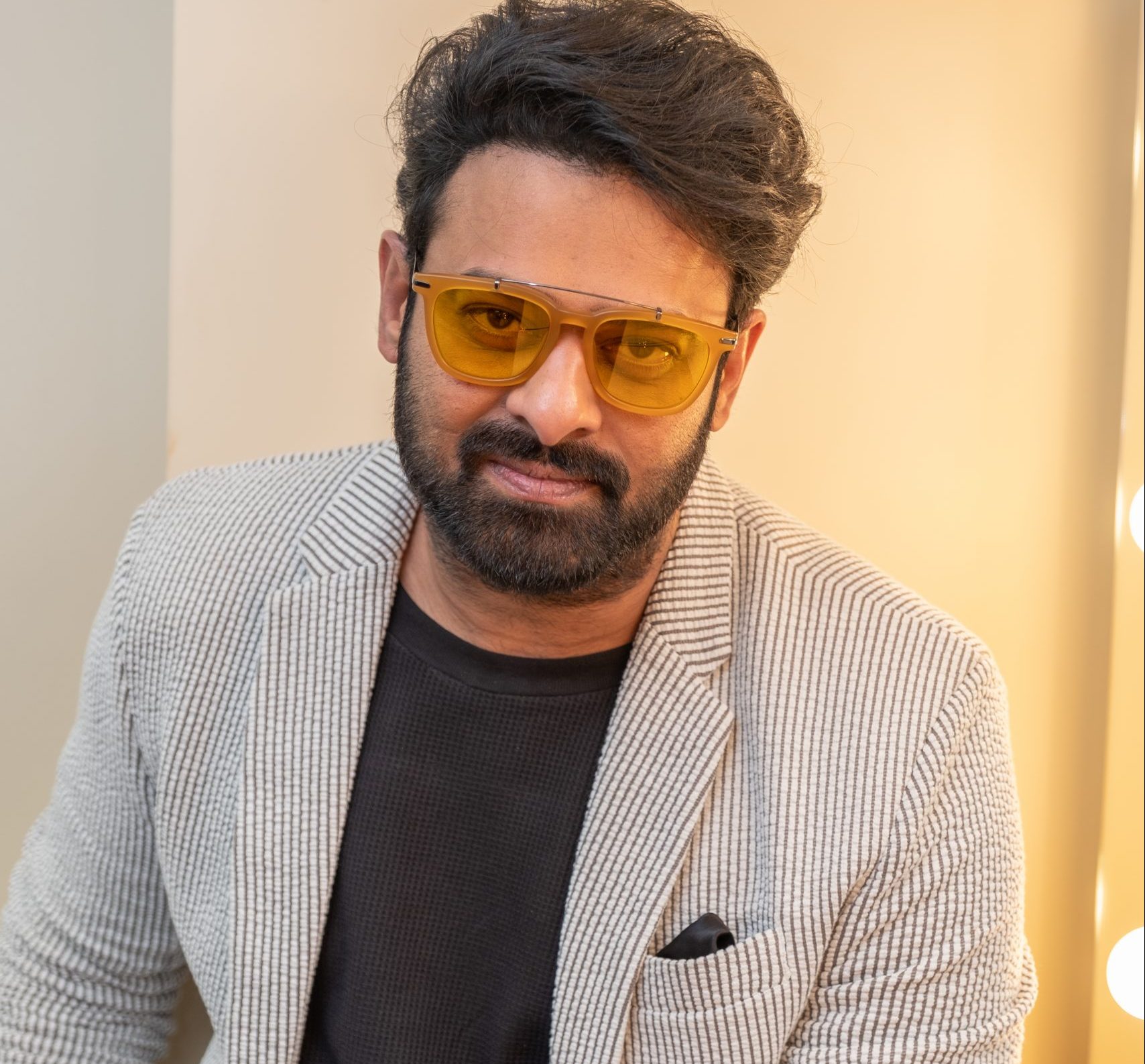 THE blockbuster Baahubali movies turned Prabhas into the greatest pan-Indian movie star, and that is why his birthday on October 23 will trigger a tsunami of celebrations all over the world.

The talented actor turns 41 and will receive millions of good wishes from his massive army of fans, who will take over social media in a big way. With more major movies on the way, the South Indian superstar is set to rise further and win more hearts.

Eastern Eye decided to join the celebrations by presenting an all you need to know A to Z about Prabhas and what has helped turn him into one of the biggest movie icons on the planet.

A is for Adipurush: There is always a thunderous response when the actor signs a new film and that is exactly what happened when forthcoming feature Adipurush was announced. He plays the lead role and Saif Ali Khan the antagonist in the mega-budget movie. On casting Prabhas, director Om Raut said, “His eyes, stance and body-language suit the character. I’m thankful he accepted to play the part.” Another film to look forward to is an untitled blockbuster that sees him star alongside Deepika Padukone and Amitabh Bachchan.

B is for Baahubali: Prabhas played the lead roles in game-changing films Baahubali: The Beginning and Baahubali 2: The Conclusion. The blockbuster hits smashed every record at the box office, raised the bar for Indian cinema and turned lead star Prabhas into India’s biggest pan-Indian star. Both movies also smashed open doors internationally and crossed many frontiers, including becoming the first Indian film to be screened with a full live orchestra at Royal Albert Hall in London.

C is for Crush: Today, Prabhas has become a heartthrob for millions around the world, but did you know that his first crush was on a teacher while he was at school. He also had a major crush on Bollywood actress Raveena Tandon as a teenager. He was quoted as saying: “I am a big a fan of Raveena! Every time I saw her song from Andaz Apna Apna, I was like, wow!”

D is for Darling: The actor refers to his fans as darling, and they have reciprocated by also calling him that. He also starred in a popular 2010 film titled Darling. The other nickname Prabhas has, aside from darling, is Rebel Star. 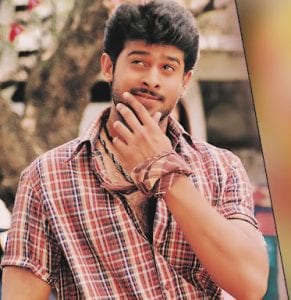 E is for Eeswar: Prabhas made his acting debut in 2002 Telugu language action drama Eeswar. The film wasn’t successful on its initial release, but later gained cult status as Prabhas’ popularity sky-rocketed with subsequent releases. It would be dubbed into Hindi in 2009 and re-titled Humla: The War.

F is for Father: Prabhas is the son of late film producer U Suryanarayana Raju and nephew of legendary Telugu actor Krishnam Raju, so he grew up surrounded by cinema. In September 2020, Prabhas adopted 1,650 acres of Khazipally reserve forest near Hyderabad in memory of his late father and gave a large donation to preserve the area.

G is for Gift: The generous actor has always looked after those around him and people who have been a big help. Recently, he privately gifted his gym instructor Laxman Reddy with a swanky Range Rover and won praise across social media when news got leaked.

H is for Hollywood: The Indian superstar’s actor uncle Krishnam Raju wants him to work in Hollywood, and he is definitely on the radar of producers there. When Prabhas was asked about Hollywood, he said: “I have honestly never thought about it, but if the right opportunity came along, then why not.”

I is for Interests: The actor likes normality when he is not working. His interests include being a foodie, playing volleyball, spending quality time with childhood friends, reading books and watching films. He said: “I love talking to friends and family, and regularly discuss films with them.”

J is for Jubilee Hills: The actor lives in the posh Hyderabad neighbourhood Jubilee Hills and is neighbours with a number of major movie stars. He always obliges fans with photos whenever he is back home in his city.

K is for Kiss: The famously shy actor gets embarrassed doing kissing scenes on camera. It was reported that for one of his early films, Adaviramudu (2004), family man Prabhas called up his dad to ask for permission to do a kissing scene.

L is for Languages: The popularity of pan-Indian star Prabhas means his films are simultaneously released in multiple languages. Although he is comfortable dubbing in Telugu and Tamil, the actor admitted to finding Hindi challenging. But like other challenges, including transforming his body shape, the actor doesn’t shy away from it.

M is for Movie buff: Growing up in the heart of cinema has turned the actor into a huge movie buff. A big favourite film of his is 1976 Telugu drama Bhakta Kannappa, which starred his uncle Krishnam Raju. Other movies he loves include Munna Bhai MBBS, 3 Idiots, Judgement Day and I. His favourite film star is Robert De Niro.

N is for Net worth: Today, Prabhas is one of the highest paid actors in the world and regularly appears on lists of the wealthiest stars. The actor may have riches, but he prefers to live a simple life and regularly makes huge donations to charity. He said: “I just want to be happy, whether a big film is there or not.”

O is for Opening: The popularity of Prabhas always results in thunderous opening at the box office. Fans will celebrate his film releases with special first day events and ensure that opening weekends are sold out.

P is for Philanthropic: While many others have used good deeds as a PR tool, the actor has quietly helped numerous social causes, charities and relief efforts with large donations. He keeps any charitable work away from media attention and this has endeared him to fans even more.

Q is for Quality: He may be a huge star and highly paid, but the actor has always preferred quality ahead of quantity. He only has had seven film releases in the past decade and had given four to five years to Baahubali, refusing other work. He said: “It is important to take your time and be selective.” 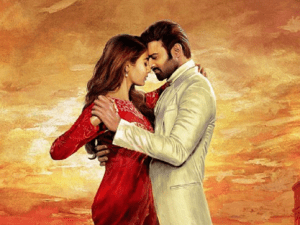 R is for Romance: Being painfully shy means the actor hasn’t been too confident with romance and admitted that he wasn’t able to talk to women during college because of this. The action hero admits to having improved and is looking forward to his next release Radhe Shyam, which is a big-budget romance and sees him star opposite Pooja Hegde.

S is for Stunts: Prabhas always works hard in a  gym before a movie commences and regularly does his own stunts in the big action entertainers. He said: “The makers wanted to use a body-double, but I always said I would do it on my own. So I have had a lot of injuries also because of that. All the action masters loved working with me because I used to do all the stunts on my own. From jumping off 40-50 feet and working with ropes, I have done a lot of risky stuff.”

T is for Team player: Prabhas isn’t just humble in real life, but is also the same while working, and has been consistently praised by co-stars and crew for his generosity on set. 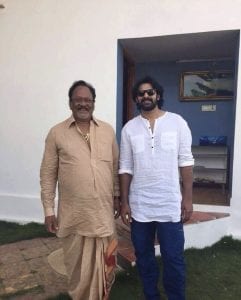 U is for Uncle: The superstar had never thought about being an actor and was inspired to pursue the path after seeing his actor uncle Krishnam Raju in a movie. Imagining himself in the same character triggered a love for acting and started his journey towards cinema. Prabhas said: “My uncle was an actor. I got inspired by him and came into the industry. So, he is my hero.”

V is for Varsham: The actor gained film success with his third release Varsham and took his first step towards stardom. The popular Telugu action romance was remade in Tamil (Mazhai), Odia (Barsa My Darling) and in Hindi as Baaghi with Tiger Shroff in the lead role. 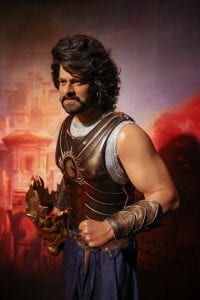 W is for Waxwork: Prabhas became the first South Indian actor to have his waxwork in Madame Tussauds museum. The statue featuring the actor as his popular Baahubali character was unveiled at the Bangkok museum in Thailand and has since toured the world.

X is for X-Factor: He is dashing, talented and has a chiselled physique, but the actor’s most endearing quality is his humility. When fans are asked about what they most love about Prabhas, most will mention his down-to-earth nature. Remaining grounded, despite reaching great heights of superstardom, has made the actor relatable and subsequently, resulted in a huge fan base

Y is for Yummy: Yes, many women find him delicious, but more than that the actor is a legendary foodie. He loves food and feeding others, whether it is at home or on set, where he regularly brings feasts for co-stars. His Radhe Shyam co-star Pooja Hegde said: “Prabhas is always chilled out; he is so considerate. He not only loves to eat but also loves to feed. His cook brings us lip-smacking meals on the set.”

Z is for Zero regrets: Whether it is rejecting lucrative brand endorsements or saying no to a high-profile film, Prabhas has no regrets and has lived on his own terms. Perhaps, that has been the biggest of his many victories.

A FLOOD of fans sent a tornado of tweets to Eastern Eye about why they love Prabhas. Here is what some of the actor’s die-hard fans said.

@AR_PrabhasDarlu: He is too real in this fake world. He minds his own business and only competes with himself. He is shy and socially introvert in a world where celebs flaunt on social media by posting pictures. He has created his own standard. His dedication and sacrifice made him what he is today.

@fanofPrabha: I love Prabhas not only for his magical onscreen presence, but more so for his gentle, down-to-earth demeanour off-screen. He’s Amarendra Baahubali in the true sense. Daring, loving, ready to fight for the right thing. Wish I would’ve known him earlier.

@praneeth_reddy3: He has done many charity works but he never posts these kind of things on social media for publicity. King for a reason.

@teja0317: He will give 100 per cent effort to any work and that’s why he is Mr perfectionist. He likes challenges on-screen, which brought him immense stardom. He is also a kind-hearted person who helped many, but never speaks of it.

@The_Rebelian_: His stardom touched the sky, but he always chooses to be down-to-earth.

@Vikranth_Things: He is one of the very few actors in Indian cinema who can portray both extremes of fierceness and innocence.

@YoungRebelFan: Prabhas is the most respected because he respects everybody, be it good or bad fellows. He is a gentleman to the core. Not just acting, his down-to-earth nature made me his fan. His achievements and attitude is inversely proportional. 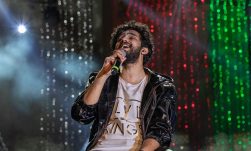 Arts and Culture
Amaal Mallik: Attack of the musical hitman 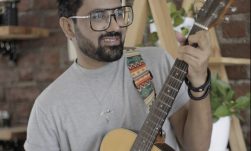