The army chief said Pakistan “values its historical and brotherly relations with the kingdom and acknowledges its unique place in the Islamic world”. 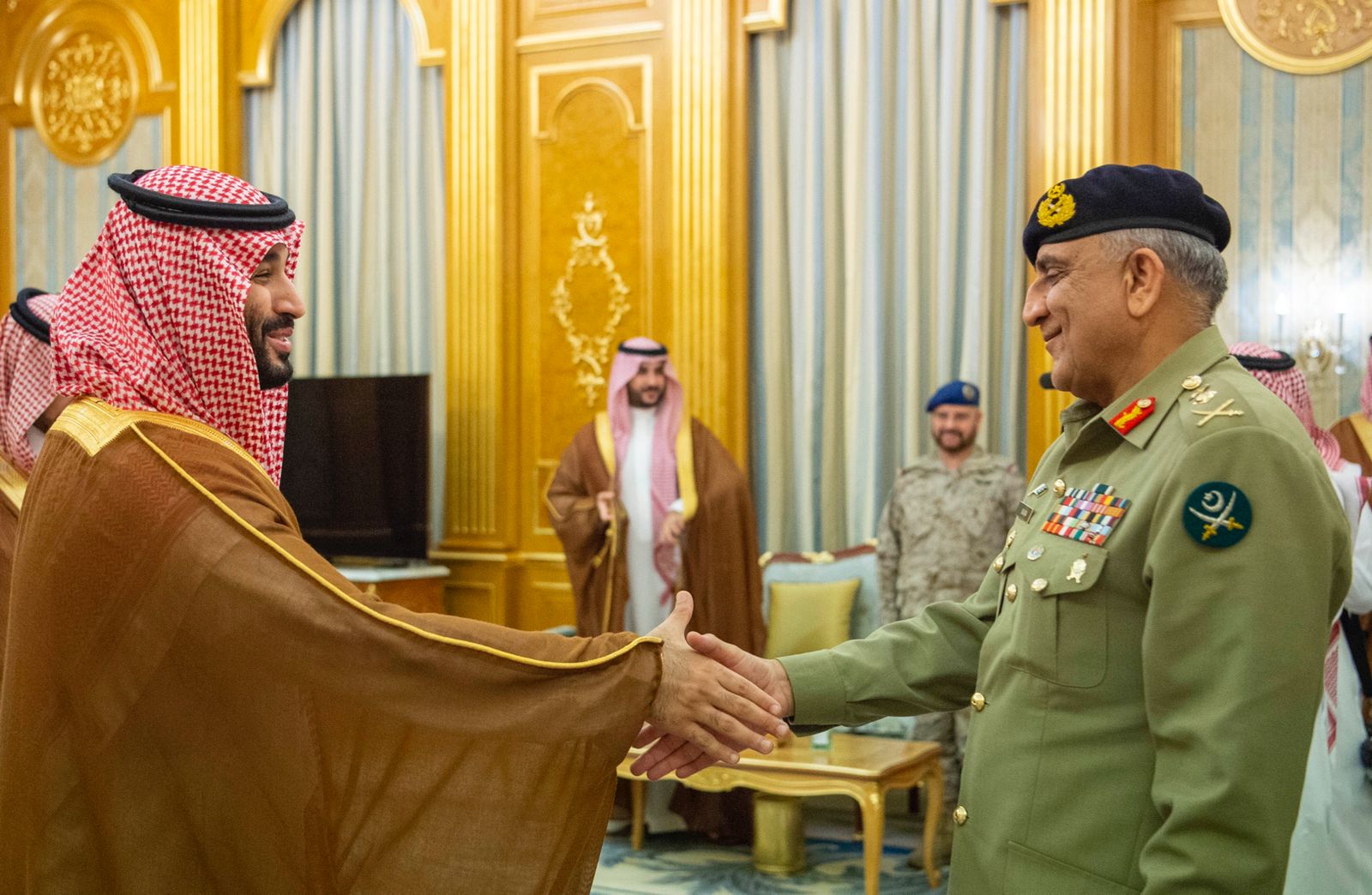 Pakistan Army chief General Qamar Javed Bajwa was conferred with the prestigious King Abdulaziz Medal on Sunday for his contributions to defence cooperation between Pakistan and Saudi Arabia.

During his official visit to the kingdom, Crown Prince Mohammed bin Salman conferred General Bajwa with the King Abdulaziz Medal of Excellent Class for his “distinguished efforts in consolidating and strengthening bonds of friendship and joint cooperation and developing Saudi-Pakistani relations”.

Saudi Prince Khalid bin Salman bin Abdulaziz, Chief of General Staff Lieutenant-General Fayyad Al-Ruwaili, and a number of senior officials from both sides were present on the occasion.

General Bajwa also called on the Crown Prince and discussed matters of mutual interest, bilateral defence and security cooperation and regional peace and stability, according to a statement issued by the Pakistan Army here.

The army chief said Pakistan “values its historical and brotherly relations with the kingdom and acknowledges its unique place in the Islamic world”.

Both sides agreed upon enhancing defence cooperation in the fields of joint training, air defence, counter-terrorism and communication and information domain.

“They also agreed to further enhance cordial relations and deep spirit of brotherhood into an enduring strategic partnership, being vital players in the region with significant responsibility towards the unity of Muslims,” the army said.

“Heartiest congratulations to Army Chief General Qamar Javed Bajwa on conferment of King Abdulaziz Medal for his contributions to strengthening defence ties between our two brotherly countries. It is a great honour for the people and the armed forces of Pakistan,” he said in a tweet.

Sharif also said that Pakistan considers the security of Saudi Arabia “as our own” and is completely resolved to further cement multifaceted relationship including excellent defence cooperation”.