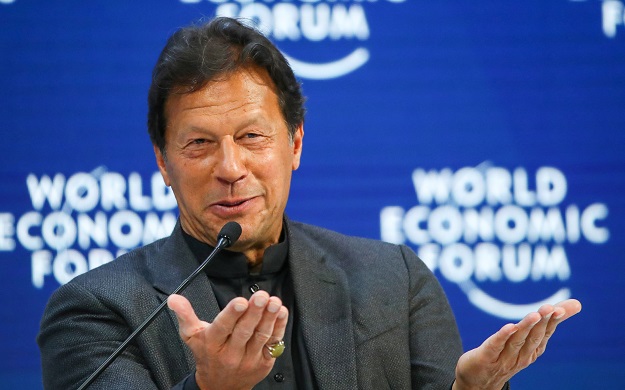 Pakistan on Friday announced its annual budget for financial year 2020-21, setting ambitious targets of 2.1 per cent GDP growth, a 7 per cent fiscal deficit and an increase in tax revenues, even as it reels from a surge in novel coronavirus cases.

The GDP target is much higher than a recent World Bank projection that Pakistan will have another year of negative growth at -0.2 per cent, while the fiscal deficit is much lower than the 9.4 per cent it is expected to hit in the current year.

Headline inflation that hit a decade-high of 14.56 per cent in January is estimated at an average rate 6.5 per cent in the next year.

Economic analysts termed the targets unrealistic, forecasting that the government will need to introduce a mid-year supplementary budget given the economic disruptions caused by the pandemic.

“It looks unlikely that they will meet the fiscal deficit target,” said Saad Hashemy, Executive Director at BMA Capital.

Total expenditure for the next fiscal year will be 7.136 trillion Pakistani rupees ($43.45 billion), said Minister for Industries and Production Hammad Azhar as he introduced the budget in a rowdy session of parliament.

Only 25 per cent of members were in attendance in an attempt to ensure social distancing.

“Corona is a flu!” shouted one opposition member, taking a jibe at prime minister Imran Khan, who in his initial response to COVID-19 had played down the respiratory disease.

Pakistan has struggled to contain the virus and the World Health Organization has warned that the acceleration of infections could overwhelm the under-funded healthcare system.

Azhar said in his speech that the outbreak has caused Pakistan’s nearly $300 billion economy a loss of 3.3 trillion Pakistani rupees ($20.09 billion).

“The long lockdown, a countrywide shutdown of business, travel restrictions and social distancing have diminished economic activities, which have had a negative impact on growth rate and investment,” Azhar added.

On the expenditure side, debt servicing will take up 2.946 trillion Pakistani rupees ($17.94 billion) – 41 per cent of the country’s spending.

The next largest spending head, 18 per cent of expenditures, will be on defence, for which 1.29 trillion Pakistani rupees ($7.85 billion) have been allocated. Defence spending is up 12 per cent from last year’s allocation despite Pakistan’s financial crunch.

Little is left to spend in other areas, and even the current expenditure of running the government requires local and international borrowing.

Pakistan plans to collect 4.96 trillion Pakistani rupees ($30.22 billion) in tax through its revenue board – which is around a trillion rupees, or 25 per cent, more than the last year’s collection.

To plug the spending and revenue gap, Pakistan will look to access $2.2 trillion Pakistani rupees ($13.5 billion) in gross external finances, including loans, aid and grants – much of which will be used for repayment of outstanding external credit.