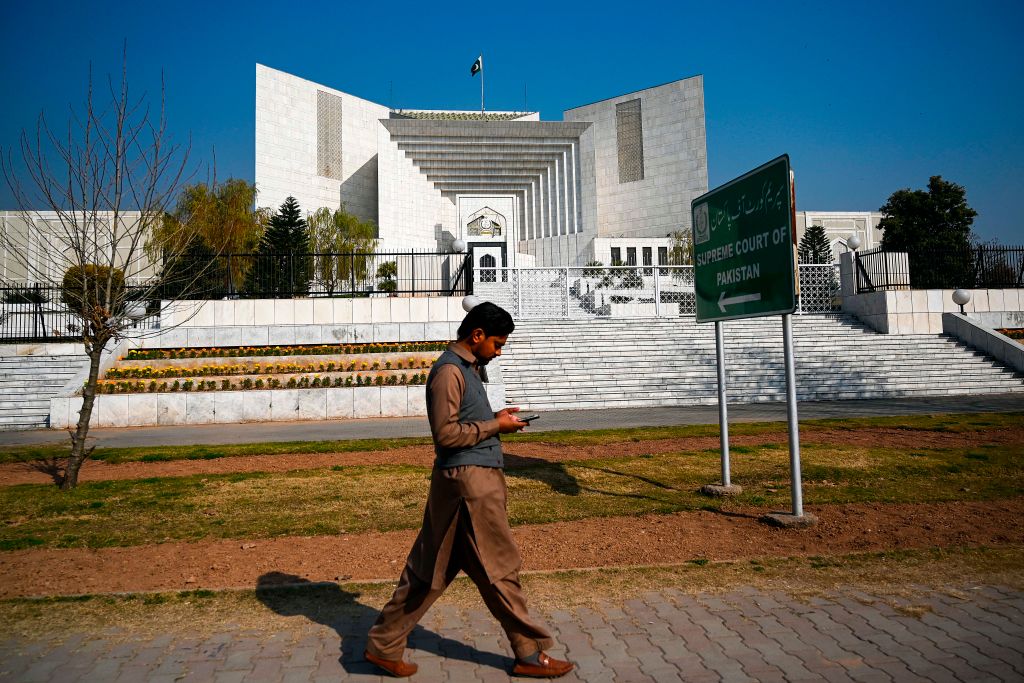 The Supreme Court of Pakistan is all set to get its first female judge in the country’s 75-year-old history. (Photo by AAMIR QURESHI/AFP via Getty Images)

PAKISTAN’S judicial commission has confirmed the nomination of the first female Supreme Court judge in the Muslim-majority nation’s history, an action that ruling party members and legal experts said all but ensures her appointment.

The commission that decides on the promotion of judges voted to make Justice Ayesha Malik, 55, the first female judge on the Supreme Court in the 75 years since the south Asian country’s independence.

The next step is a parliamentary panel where the ruling party has more than enough members to affirm her appointment, said Zahrah Vayani of the Women Lawyers Association.

She said Thursday’s (6) action effectively “is an appointment more than a nomination.”

“An important & defining moment in our country as a brilliant lawyer & decorated judge has become Pakistan’s first female SC judge,” a legislator of the ruling Pakistan Tehreek-e-Insaf and parliamentary secretary for law Maleeka Bokhari posted on Twitter.

Though historic, the move has been divisive. The nine-member body that was to confirm her appointment turned down her elevation to the top court last year, and Thursday’s repeat vote was close – divided five votes to four – according to sources familiar with the proceedings.

Many lawyers and even judges, in the forum and outside, said Malik’s selection was made in contravention of seniority lists. Malik was not among the top three most senior judges of the lower court from which she was elevated.

“The major issue is not that there was ever a question mark on Justice Ayesha Malik’s competence or the fact that she is a good judge,” Imaan Mazari-Hazir, an Islamabad-based lawyer and vocal rights activist, said.

“The question mark was and remains on the Judicial Commission of Pakistan’s arbitrary and non-transparent decision making and the process,” she said, adding the judge’s gender was exploited.

A number of lawyers’ bodies have threatened to boycott court proceedings, saying their calls for the drafting of fixed criteria for the nomination of Supreme Court judges were ignored.

But Vayani countered: “I know some bar associations were opposing the same on the basis of the seniority principle, but there have been over 40 judges elevated to the Supreme Court out of turn, and the appointment of the first female judge is a great step in the right direction.”