“Daya Bheel, 40-year-old widow brutally murdered and her body was found in very bad condition. Her head was separated from the body and the savages had removed the flesh from the whole head,” tweeted Krishna Kumari, senator of Pakistan Peoples Party. 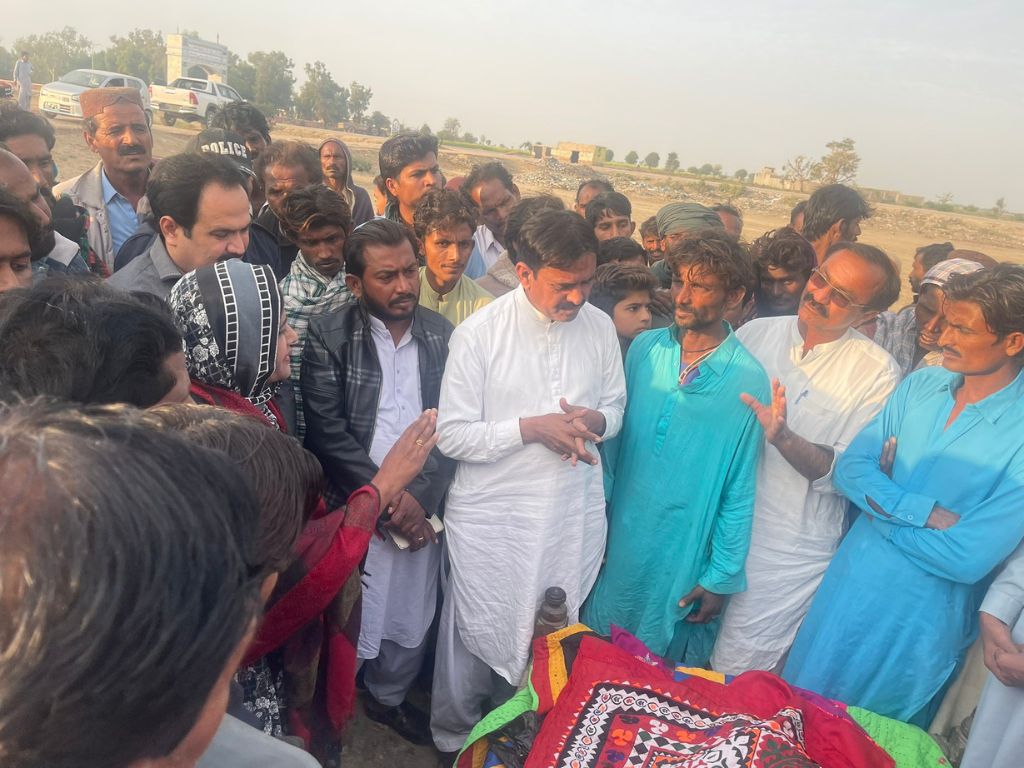 In a horrific case of sexual violence, a Hindu woman in Pakistan has reportedly been gang-raped by a group of men who allegedly mutilated her body after the crime, The Mirror reported.

The victim, Diya Bheel, was a 42-year-old widow and a mother of five. She belonged to the South Asian country’s Bheel community.

The Bheel ethnic group is a large tribal group in neighbouring India but considered a minority in Pakistan, an Islamic country. They generally reside in rural areas with many employed as migrant farmhands under Muslim landowners.

Daya Bhel 40 years widow brutally murdered and body was found in very bad condition. Her head was separated from the body and the savages had removed flesh of the whole head. Visited her village Police teams from Sinjhoro and Shahpurchakar also reached. pic.twitter.com/15bIb1NXhl

It was also reported that the criminals chopped off her head and breasts, skinned her decapitated head and left the remains in a wheat field.

The ghastly incident happened in a village in Sinjhoro in Sindh province of Pakistan.

Local media reported that a probe was launched and sniffer dogs were deployed to trace evidence. The police registered a case but reportedly did not have a suspect at the time of writing the report.

Pakistani journalist Veengas shared the news of the horror attack on Twitter.

“I am devastated by getting details on the case. Three days ago, in Sanghar Diya, Bheel was decapitated by brutal murder after being raped,” Veengas wrote.

“The police have not filed FIR, and no person in the Sindh govt or Human Rights orgs bother to speak about it. Hindus never matter to state.”

Pakistani senator Krishna Kumari of the Pakistan Peoples Party from Tharparkar Sindh visited the village where the crime took place.

She later tweeted, “Daya Bheel, 40-year-old widow brutally murdered and her body was found in very bad condition. Her head was separated from the body and the savages had removed the flesh from the whole head. Visited her village Police teams from Sinjhoro and Shahpurchakar also reached.”

“Daya Bheel, who was brutally murdered — her case won’t be highlighted in the media, nor will Politicians in Islamabad or the Sindh government issue a statement. Will the police apprehend culprits? Will Hindus be treated as equal citizens in their motherland Sindh?” tweeted The Rise News, a nonprofit news organisation.

Recently, the UK government this month imposed sanctions on its Muslim cleric Mian Abdul Haq for forced conversions and marriages of girls and women from religious minorities, according to a Toronto-based think tank.

The International Forum For Rights And Security (IFFRAS) said this latest sanction, once again highlighted the precarious situation of minorities in Pakistan.

Sanction on Mian, described as a “controversial Sindhi pir” by Pakistani newspaper Dawn, was part of a new wave of sanctions that targets corrupt actors, those abusing human rights, and perpetrators of sexual violence in conflict.

According to IFFRAS, Mian Abdul Haq was a Pakistan People’s Party (PPP) lawmaker between 2008 and 2013. The party expelled him after the forced conversion and marriage of Rinkle Kumari, a girl from the minority Hindu community.

The pir, popularly known as Mian Mithu, is notorious in upper Sindh for his alleged involvement in the forced conversion and marriages of minor Hindu girls, according to Dawn.

The IFFRAS report said the UK sanctions effectively mean that designated individuals cannot do any business or undertake economic activity with UK citizens or companies and will be denied entry to the UK.

Activists say human rights in Pakistan have touched a new low with several media reports and global bodies reflecting the dire situation for women, minorities, children, and media persons in the country.

In Sindh, forced conversions and attacks on minority communities have become even more rampant. Forced conversion of minor Hindu, Sikh, and Christian girls, always under duress, has become an increasingly common phenomenon in the country.

During the conference, the World Sindhi Congress urged international institutions including the United Nations to file a “case of ecocide” against the Pakistani government in local and international courts.

“Sindh is going through the worst period in history. Sindhis have to make a joint, systematic and united struggle for the right to self-determination for their homeland,” World Sindhi Congress announced in a statement on November 23 on Facebook.