Owner Afzal Adam, 52, allowed the man to leave and later reported the incident to police. 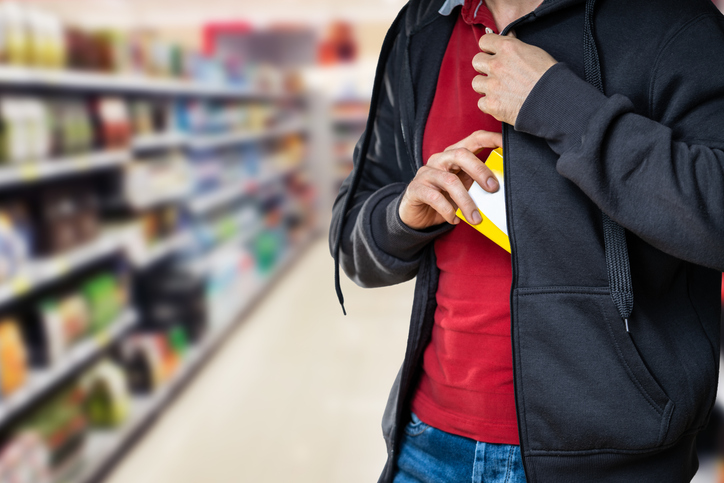 A man’s attempt to steal £1,600 worth of mobile phones from a Yorkshire shop has been foiled by the owner’s quick thinking. The man tried to steal from the Phone Market shop in Dewsbury, West Yorkshire, on Sunday (4).

However, he discovered that the door was locked by the staff from behind the counter and he couldn’t escape. Eventually, the thief returned the phones and begged the shopkeeper to let him go.

Although owner Afzal Adam, 52, reported the incident to the police, he said that it was not a priority as nothing was stolen.

“He would have gotten away with £1,600 worth of merchandise… the mechanism has paid for itself,” he is reported to have said.

The entire episode was captured on CCTV in the shop. It revealed that he initially pretended to be a customer, coming in wearing a light blue hoodie, black jacket and Nike trainers.

The shopkeeper behind the counter handed the man two iPhones when he booked it to the door. But staff had remotely locked the doors after he entered.

Upon realising he was trapped, the man began swearing and claimed it was his friend’s idea.

According to reports, the owner installed a mechanism that allowed staff to lock the doors from behind the counter in 2020.

“With people wearing masks and balaclavas, I was worried about not being able to identify anyone if they did steal from my store. He would have gotten away with £1,600 worth of merchandise, so the mechanism has paid for itself!,” Adam was quoted as saying by Metro.co.uk.

Since it was his first such experience, he sent the CCTV footage to his family’s WhatsApp group where it was posted to Facebook.

Later, the video was uploaded to TikTok where the clip went viral, with 4.4m views. Adam told media that he was moved by the response as majority of the viewers praised his ‘forgiveness’.

He said: “Some people have been asking ‘Why didn’t you beat him up?’, but we would never do that. I hope I have showed people what humanity is – there’s more to the story than this and if we had acted out. It would just have been another story of violence.”

“Times are difficult for many of us at the moment, so if you are struggling to put food on the table, please come and visit us in store to see how we can help.”