Nominated by the Lady Mayor of Rushcliffe, Aleesha from Nottinghamshire works on raising awareness to tackle climate change and save the planet. 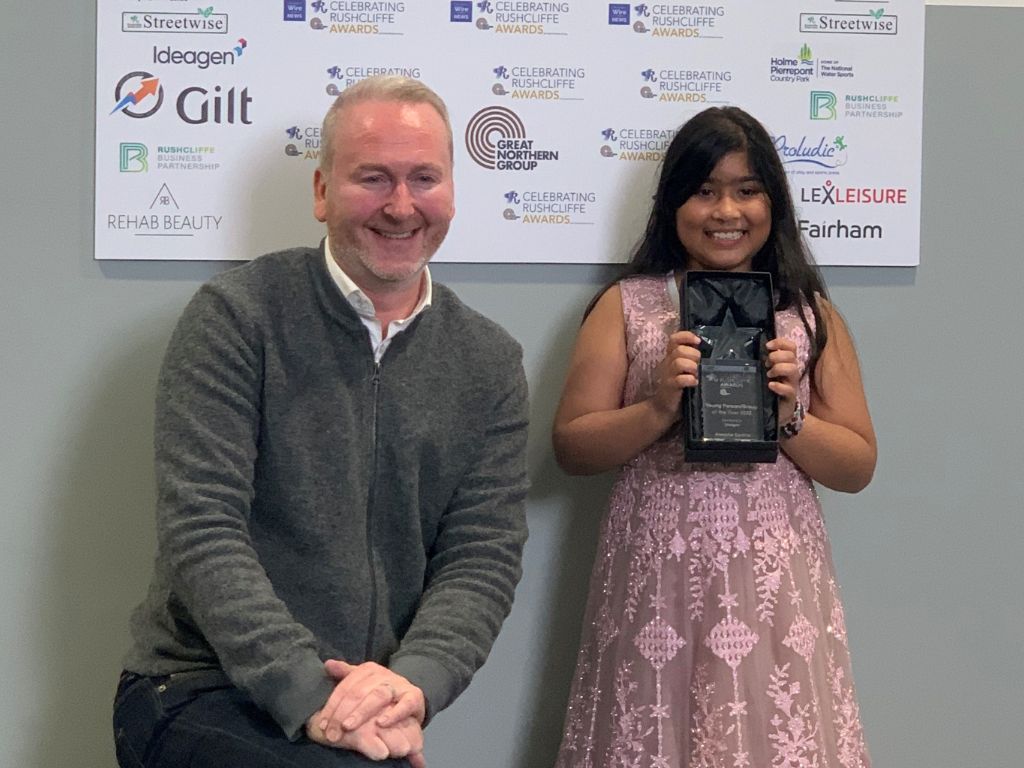 Eight-year-old Indian-origin girl Aleesha Gadhia won the Rushcliffe Council’s Young Person of the Year 2022 Award at an event in Rushcliffe Arena on Thursday (24).

Nominated by the Lady Mayor of Rushcliffe, Aleesha, who is from West Bridgford in Nottinghamshire, works on raising awareness to tackle climate change and save the planet as she believes that “there is no planet B”.

She took up the battle to fight climate change and deforestation at the age of six and decided to contact local companies to know what they were doing about saving Planet Earth, said her mother Pooja Gadhia.

Aleesha, who is Cool Earth’s first ever mini ambassador and has written hundreds of letters and emails to influential people, including late Queen Elizabeth II, Sir David Attenborough, former prime minister Boris Johnson, among others.

She received responses from all the above and many others.

Aleesha has since scooted 50 miles to raise money for Cool Earth (over £3,000) and has won numerous awards for her campaigning.

Recently, she was on Blue Peter and gathered her local community to litter pick and clean up local parks.

Aleesha has already won numerous awards, including, The Child of Britain Awards (Environmental champion) and the Points of Light Award from the British prime minister.

In the summer this year, she was invited to Downing Street to speak to the then premier Johnson about climate change.

She has made a mark on her local community by planting trees with her local parliamentarian. Whenever she travels abroad, she makes sure to plant a tree overseas to offset her carbon footprint.

The girl has planted trees in countries such as Egypt and the Dominican Republic, Pooja added.

During her vacation in Egypt, she gathered a team of people to clean up a sea beach.

In her spare time, Aleesha loves being around Nature and is fascinated by wildlife.

She has started a petition with help from the Lady Mayor of Rushcliffe to ban helium balloons being released into the environment as they often end up as microplastics and harm local wildlife and the oceans.

Aleesha wants all adults to understand their impact on the planet. She is worried about her future and the future generations to come. She hopes to raise as much awareness as possible and inspire other children her age to tackle these issues.