No one is Queen Victoria or Prince: BJP ammid Congress’ protest against ED questioning Rahul Gandhi 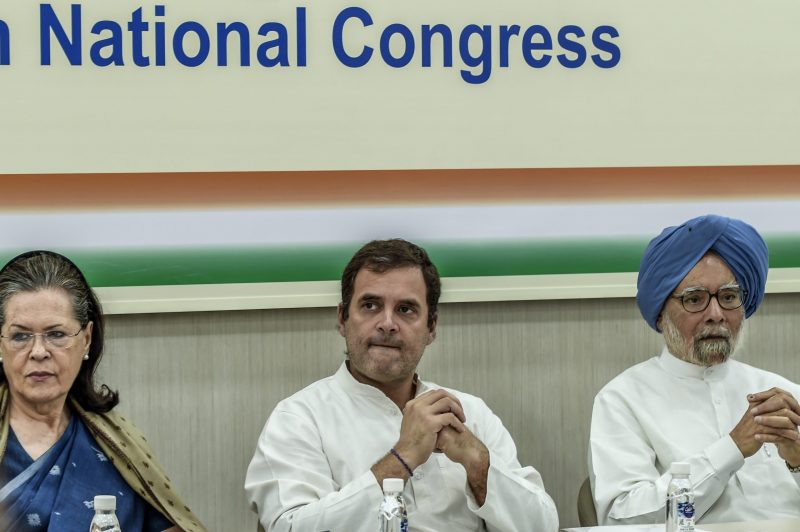 “No one is Queen Victoria or Prince in this country that they won’t be probed, law is equal for all. Everyone is probed for corruption…The public knows about the involvement of a family and Rahul Gandhi’s role in misusing the country’s money through the National Herald scam. It is natural that if corruption is done then there will be an inquiry,” said Patra. Congress workers are holding “peaceful” protests across the country today against the “anti-youth” Agnipath scheme and the central government’s “vendetta politics” targeting party leader Rahul Gandhi, who is being questioned by the Enforcement Directorate in a money laundering case.

Speaking on Congress’ allegation of ED being misused, he said, “Rahul Gandhi should know that ED is Enforcement Directorate, not ‘Entitlement Demand’. Congress’ demand of entitlement that we’re from the first family and how are we being probed. Congress’ top lawyers also went to the Supreme Court with their demands on ED interrogation. But the Supreme Court said that they have to face a trial. If corruption is done in India, then the Constitution says that no matter who you are you will have to face trial.”Congress leader Rahul Gandhi on Monday rejoined Enforcement Directorate’s (ED) ongoing investigation in connection with an alleged money laundering case related to the National Herald newspaper for the fourth day.

Earlier, Rahul Gandhi was questioned in detail about the ownership of Young Indian Private Limited (YIL) by the Gandhi family and its shareholding pattern in Associated Journals Limited (AJL), the company that runs the National Herald newspaper, said sources.

Investigators in the ED, sources said, had also asked Rahul Gandhi to describe the circumstances under which AJL was acquired by YIL in 2010, making it the owner of all assets owned by the National Herald newspaper.

The National Herald, started by India’s first Prime Minister Jawaharlal Nehru, was published by the AJL. In 2010, the AJL, which faced financial difficulties, was taken over by a newly-floated YIL with Suman Dubey and Sam Pitroda as directors, both of them Gandhi loyalists.

Congress General Secretary Ajay Maken said that the Congress will hold Satyagraha at Jantar Mantar on Monday and demand the President withdraw the Agnipath recruitment scheme.

“We’ll sit on Satyagraha at Jantar Mantar today, and in the evening at 5 pm we’ll meet the President and demand that the Agnipath scheme be withdrawn,” said Congress’ Ajay Maken.

“We will also inform the President how our MP was harassed and how ED is being misused,” added Ajay Maken.

Congress MP S Jothimani was allegedly beaten up by Delhi Police during the protest against the ED probe on Rahul Gandhi in National Herald Case.

“The police came inside AICC by breaking the gate. Rahul Gandhi has been questioned for more than 30 hours and undue pressure is being put on us. Pressure is being created through ED and police. In the last years, 5422 cases are going on in ED, out of which 5310 cases are filed in the 8 years of the Modi government,” he added.

The grand old party held a ‘satyagraha’ on Sunday at Jantar Mantar in solidarity with the youth protesting against Central Government’s Agnipath Recruitment Scheme.

Rahul Gandhi appeared before the Enforcement Directorate (ED) on Monday for the fourth round of questioning in a money laundering case linked to the National Herald case.

Regarding his questioning by ED on Monday, as per official sources, the Congress leader, a Z+ category protectee of the Central Reserve Police Force after the Union government withdrew the Gandhi family’s Special Protection Group cover in 2019, was confronted with several documents collated by the ED as evidence recovered so far in the case to get his version.