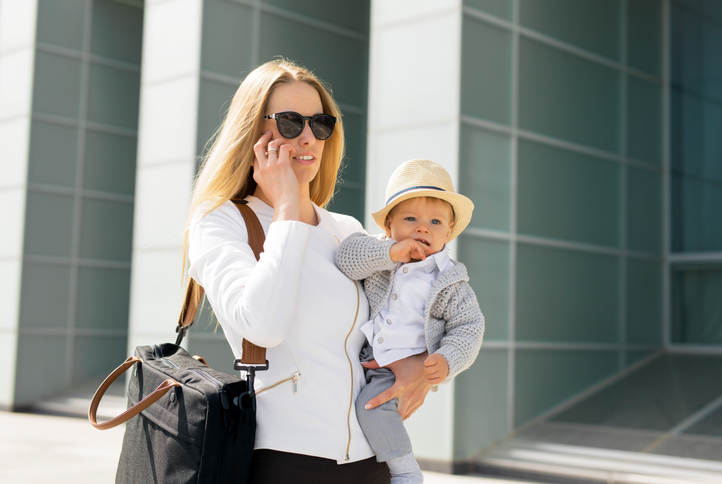 BRITISH women, who have children, earn up to 45 per cent less than those who do not, according to a key finding in a recent report, something which researchers have termed as the “motherhood penalty”, believing it also accounts for the overall gender pay gap in the UK.

According to a report by University College London (UCL), women’s earnings were found to be 28 per cent lesser- almost £306 a month- in the first year after the birth of their first child of what they would have earned if they had remained childless.

This “motherhood penalty” rose to 45 per cent when the next six years were taken into account, according to the study published in the European Sociological Review.

In the report released last week, the researchers have estimated the motherhood penalty on women’s own earnings as well as on the total income of their household using data from the British Household Panel Survey, focusing on women who became mothers between 1995 and 2005.

The report highlights how older mothers aged over 30 suffered smaller penalties because they had established jobs with an employer who valued their progression in a company when they returned to work.

Those who returned part-time suffered a bigger reduction in earnings than those who were able to work full time, says the report.

Dr Giacomo Vagni, a researcher at the centre for time user research at UCL’s Institute of Education, said: “We found that mothers who are able to maintain full-time working hours experience little to no penalty. However, few mothers manage to do so.”

The report also found that childbirth in a family had a “small negative” effect on overall household income, suggesting the fathers also either took on new jobs or increased their hours.

By contrast, highly-educated households saw growth in household income after the first birth compared to other families, possibly because they were able to access childcare to return to work quickly, supported by their employers.

“Motherhood takes mothers away from the labour market during the prime years of career development. Mothers with young children miss out on important job opportunities and promotions,” Vagni said.

“Often, when mothers return to the labour market, they do so on a part-time basis,” said the researcher adding that “part-time work does not contribute to meaningful career progression”.

Dr Vagni said employers “also take advantage of the fact that mothers are looking for flexible working arrangements and might offer them lower wages in return”.

He said the “motherhood penalty” accounted for a significant part of the overall gender pay gap, which could only be closed with better-subsidised childcare and child-friendly policies by employers.