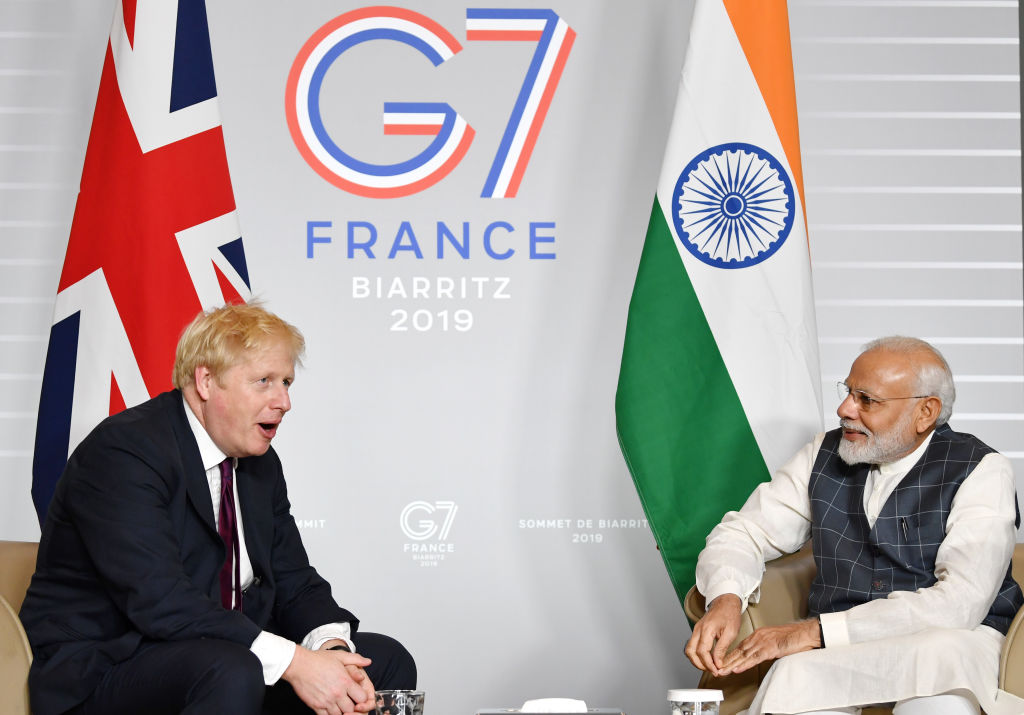 INDIA prime minister Narendra Modi and his British counterpart Boris Johnson on Monday (11) discussed the current situation in Afghanistan and agreed on the need to develop a common international perspective on issues regarding extremism and terrorism as well.

Following a telephonic conversation between Modi and Johnson, the UK government, in a statement, said the two leaders spoke about the current situation in Afghanistan and agreed on the need for a co-ordinated international approach to engagement with the Taliban.

On the fight against the Covid-19 pandemic, the two leaders agreed that the UK’s recognition of Indian vaccine certification is a welcome development, it added.

The telephone talks came four days after the UK announced that Indian travellers fully vaccinated with both doses of Covishield or any other vaccine approved by it will not require to undergo a 10-day mandatory quarantine on arrival from October 11.

“The leaders also exchanged views on regional developments, especially the situation in Afghanistan. In this context, they agreed on the need to develop a common international perspective on issues regarding extremism and terrorism, as well as human rights and rights of women and minorities,” the Ministry of External Affairs (MEA) said.

The two leaders also reviewed the progress in bilateral ties since their virtual summit earlier this year, and expressed satisfaction at the steps already initiated under the Roadmap 2030.

“They also reviewed the progress of the Enhanced Trade Partnership and agreed on the potential of rapidly expanding trade and investment linkages between both countries,” the statement read.

The MEA said the leaders had extensive discussion on issues related to climate change, in the context of the forthcoming COP-26 meeting in Glasgow in early November and that Modi conveyed India’s commitment to climate action as seen in its ambitious target for expansion of renewable energy and the recently announced National Hydrogen Mission.

The roadmap is aimed at elevating bilateral ties to a comprehensive strategic partnership and guide cooperation over the next decade in the key areas of trade and economy, defence and security, climate change and people-to-people connect among others.

The British statement said the two prime ministers discussed the shared fight against coronavirus and the importance of cautiously opening up international travel. “They agreed the UK’s recognition of Indian vaccine certification is a welcome development to that end,” it said.

“The leaders also talked about the current situation in Afghanistan. They agreed on the need for a co-ordinated international approach to engagement with the Taliban, emphasising the importance of upholding human rights in the country,” it said.

In a tweet post, Modi later said: “Was a pleasure to speak to Prime Minister @BorisJohnson. We reviewed progress on the India-UK Agenda 2030, exchanged views on climate action in the context of the forthcoming COP-26 in Glasgow, and shared our assessments on regional issues including Afghanistan.”