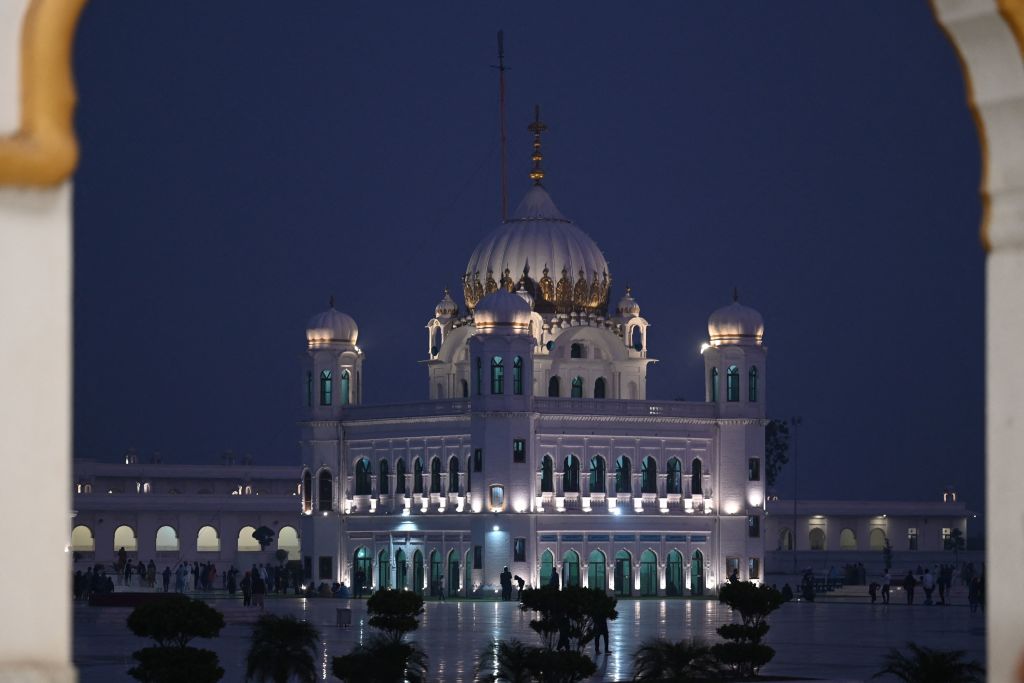 Gurdwara Darbar Sahib in Kartarpur near the India-Pakistan border is the final resting place of founder of Sikhism. (Photo by AAMIR QURESHI/AFP via Getty Images)

PAKISTAN on Thursday (2) summoned a senior diplomat of the Indian High Commission in Islamabad to convey its view that a model’s “bareheaded” photoshoot at the revered Gurdwara Darbar Sahib was an “isolated incident”.

On Tuesday (30), India had summoned the charge d’affaires at the Pakistan high commission in New Delhi and conveyed its deep concern over Pakistan model Sauleha’s photoshoot at Gurdwara Darbar Sahib in Kartarpur, describing it as a “desecration” of the sanctity of the holy place.

Sauleha’s “bareheaded” photoshoot for a Pakistani clothing brand at Gurdwara Darbar Sahib set the social media abuzz on Monday (29) as many people accused her of hurting the religious sentiments of the Sikh community.

The model later deleted her photos from her Instagram page and posted an apology.

Gurdwara Darbar Sahib, located in Pakistan’s Narowal district, is the final resting place of Sikh faith’s founder Guru Nanak Dev, who had spent the last 18 years of his life in Kartarpur.

In a statement, Pakistan’s foreign office said that a senior diplomat from the Indian High Commission was summoned to the ministry of foreign affairs and told that it was “an isolated incident involving an individual at Gurdwara Darbar Sahib.”

“It was conveyed to the Indian diplomat that the incident was swiftly addressed and clarified.”

It said Pakistan accords “highest primacy to the rights of the minorities” and sanctity of religious places and revered sites of every community is ensured in the country.

Indian authorities must focus on ensuring effective protection of their own minorities and places of worship from instances of desecration, hate crimes and mob lynching, the foreign office said.