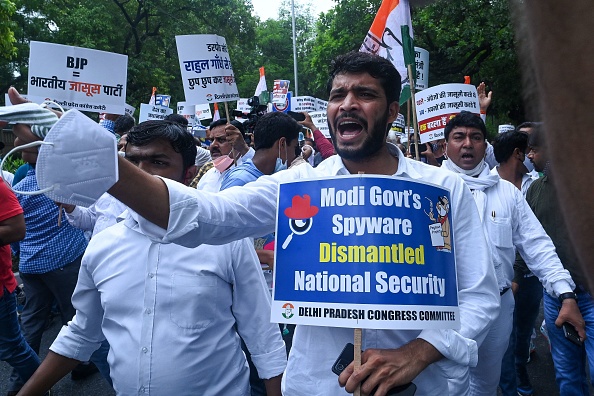 “Time tested processes in our country are well-established to ensure that unauthorised surveillance does not occur,”  Vaishnaw said in his first speech as IT minister in the Lok Sabha on Monday (19), a few hours before his name also emerged on Pegasus list.

Also on the list was Lavasa, former election commissioner of India, who had reportedly called on the country’s current prime minister Narendra Modi for violating India’s Election Commission’s model code of conduct during the 2019 elections. He resigned as election commissioner just a few months after Modi’s party came back to power.

Key Covid-19 virologist Gagandeep Kang was selected for potential surveillance in 2018, when she was helping with the fight against the Nipah virus, while Hari Menon, the India head of the Bill and Melinda Gates Foundation, and at least one other foundation employee, was also found on the list, The Wire reported.

The leaked data has also revealed that more than 11 phone numbers related to a Supreme Court staffer who had accused Ranjan Gogoi, the Supreme Court Chief Justice at the time, of sexual harassment, along with a British High Commission official and two officials of the American Centers for Disease Control and Prevention.

Among the diplomats, the number of Pakistan’s High Commissioner to India was on the list too along with dozens of other Delhi-based diplomats and ambassadors from Iran, Afghanistan, China, Nepal and Saudi Arabia, reports claimed.

According to the report Le Monde, the use of Pegasus software began “just after” Modi visited Israel in July 2017, a visit that was marked by his close interactions with then PM Benjamin Netanyahu.

Meanwhile, the government has denied carrying out any unauthorised surveillance but has not confirmed or denied whether it has purchased or deployed Pegasus spyware.

Claimed as highly invasive malware, Pegasus reportedly can harvest all data from a victim’s phone – from keystrokes to photos to turning on the microphone and video camera without the user’s knowledge – and send it back to its handler. The cost of one Pegasus license, which can track up to 50 smartphones,  can be as high as £69, 000, the reports said.

In response to the media stories, the NSO Group had made it clear that the Israel government had to approve all exports of technology like Pegasus, and that it is only sold “solely to law enforcement and intelligence agencies of vetted governments” and also that it is “considering a defamation lawsuit” against the report’s findings since they are “misleading”.

The consortium report, based on a data leak of around 50,000 numbers obtained by Amnesty International and Paris-based Forbidden Stories, has stirred a storm in the country with pressure mounting on Modi to clarify if the government has bought Pegasus or not.