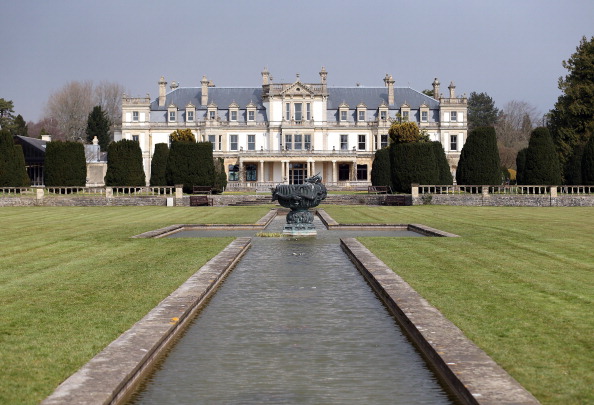 A LABOUR MP has urged the government not to launch a “witch hunt” against the Nation­al Trust for revealing that nearly 100 of the stately homes it looks after were built with the pro­ceeds of either the slave trade or colonial loot from India.

During a debate by MPs last Wednesday (11) to “consider the future of the National Trust”, Kevin Brennan, Labour MP for Cardiff West, appealed to the gov­ernment and a section of the Conservative party as well as more traditional members of the trust not to punish the organisa­tion for publishing a 115-page re­port, Addressing our histories of colonialism and historic slavery.

Brennan asked a Tory MP: “What is wrong with the National Trust researching the history of the buildings it looks after? Historic Royal Palaces has just advertised for a curator to uncover its links to the slave trade. Is he suggesting the organisation should also be subject to this kind of witch hunt by the Charity Commission?”

The Charity Commission has asked the National Trust to justify the report.

The government has assured Eastern Eye that that National Trust is an independent body and no attempt is being made to cen­sor the organisation.

A spokesman for the depart­ment for Digital, Culture, Media and Sport (DCMS) emphasised: “There is no truth in any assertion that the government is censoring the National Trust. It is a regis­tered charity that operates inde­pendently of the government.”

However, comments made by the culture secretary Oliver Dow­den, and Nigel Huddleston, DC­MS parliamentary under-secre­tary, have raised concerns that the government will give in to pressure from some Tory MPs de­termined to redefine the role of the National Trust.

Dowden told a national news­paper that the National Trust should concentrate on “preserv­ing and protecting” heritage and not making wartime leader Win­ston Churchill the subject of con­troversy. He said its criticism of Churchill in a review of its links to colonialism “will surprise and disappoint people”.

In the debate on the future of the National Trust, Huddleston stressed it was an independent body. But he said that “it is also a registered charity and is therefore regulated by the Charity Com­mission, which is answerable to parliament. The board must therefore ensure its activities do not contravene or compromise the Trust’s charitable objectives.”

He pointed out that “parlia­mentary interest can be extreme­ly influential, and I am sure the Trust will be listening closely to the views expressed today”.

He said he had heard “the calls for a review or commission on the National Trust” and he would write to it attaching “a transcript of the debate so it can hear the strength of feeling expressed today”.

The debate was requested by Dr Andrew Murrison, Tory MP for South West Wiltshire, who said: “This year is the National Trust’s 125th anniversary year. The Trust mission is clearly laid out in statute – to be clerk of works to a large wedge of our national treasures.

“There is evidence, however, that in recent years the Trust – frustrated no doubt with that simple custodial function – has been interpreting its remit more broadly. I submit that requires scrutiny.”

To provide a balanced view, Huddleston also ought to attach the backlash against the government on social media.

Former Labour shadow home secretary Diane Abbott tweeted: “Tory MPs enraged that @nation­altrust should say some of its stately homes built with profits of empire and slavery. Perhaps they think, if you don’t say anything, it didn’t happen. Or maybe they just don’t care.”

Heather: “I’m 68, grew up on Rule Britannia and the British Empire was the best thing that happened in the history of the world. Recently I’ve tried to re-educate myself. I welcome any attempt by @nationaltrust to give us more balanced information.”

Dan Patterson: “Most of our history has revolved around ser­vitude and slavery; indeed most civilisations wouldn’t exist as they are today without the bed­rock of exploitation. Frankly ri­diculous that the Tories are so afraid of acknowledging these uncomfortable facts.”

Academic Dalia Gebrial told an angry critic of the National Trust: “You say you’re proud of British history – you don’t even want to know about British his­tory! Learning about colonialism teaches us about both class and race in Britain today. That’s why it’s important.”

The opposite side of the argu­ment was put by Peter Whittle: “National Trust members have the power to effect change by cancelling their memberships en masse. Losing income is the only way these people – who are de­stroying our institutions from within – will take notice.”

Clare Anderson, professor of history at the University of Leicester, told Eastern Eye: “It is really alarming to think that the National Trust could be prevent­ed from doing research on the history of its properties. In a gen­eral sense, historical research is how we learn more about the past. Do we want to live in a country which finds and then sweeps uncomfortable histories under the carpet?

“I don’t think we do. We didn’t do this when we started to under­stand the ‘below stairs’ culture of country houses, and I don’t think we should do this as we begin to learn more about their global connections. Handled and presented sensitively, the new knowledge that is being created by the Trust has enormous potential to enrich visitor experience.

“This isn’t about assigning blame, or making families and the public carry the weight of the past on their shoulders.

“It’s about helping us all make sense of these wonderful proper­ties in ways that reflect our en­hanced understanding of the im­portance of colonialism and slav­ery, not just in the colonies, but in Britain itself.”

She was backed by Corinne Fowler, professor of postcolonial literature at Leicester who took a First in English Studies at Stirling University and did a PhD in the history of British ideas about Af­ghanistan. She said: “Government ministers have not remained neutral in this.

“As the National Trust’s found­ing 1907 constitution states (4.2), the Trust should maintain and manage its places ‘for the pur­poses of public recreation resort or instruction.’ Talking about new research into its places is fulfilling that original remit. The Trust is also an independent research or­ganisation and so research into its relevant histories is part of its current remit, too.”

A National Trust spokesperson said: “We welcome the comments made during the Westminster Hall debate and agree with Dr Andrew Murrison that the Na­tional Trust should be ‘a place of succour for the soul’, free from hectoring and remain a politics-free space.” 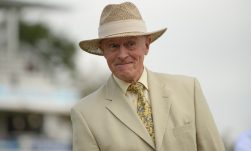 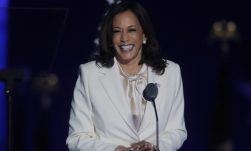