Gurmukh Banwait, 75, who complained of breathing difficulties died after waiting for 17 hours at Glenfield Hospital at a time when the healthcare system came under ‘exceptional pressure’. 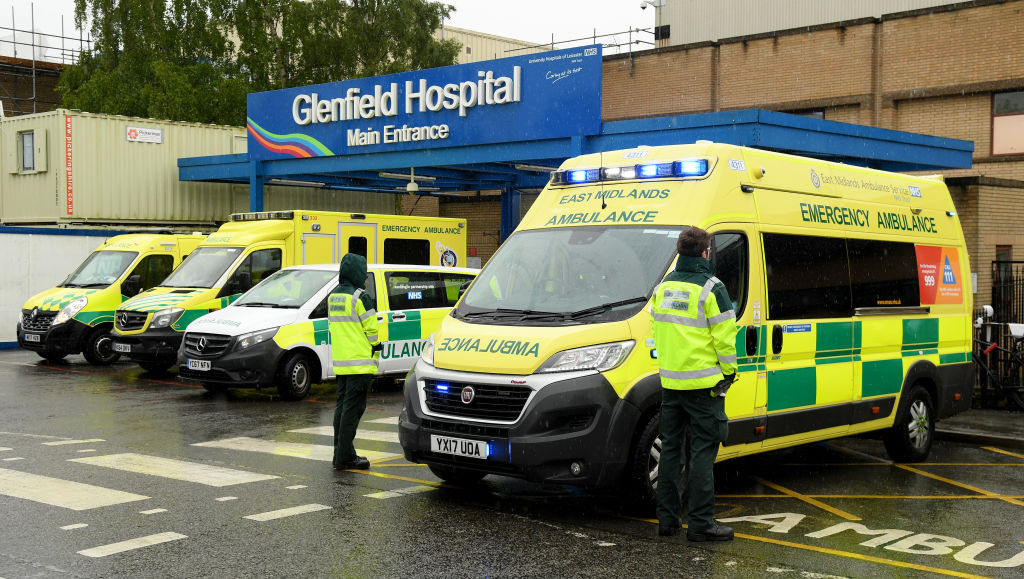 As Gurmukh Banwait died at Glenfield Hospital, the NHS said the system came under enormous pressure during the Christmas-New Year period (Photo by Ross Kinnaird/Getty Images)
Follow Us

A Leicester woman believes her ailing father would not have died if he had received prompt treatment during the Christmas-New Year period when the healthcare system came under pressure.

Gurmukh Banwait, 75, complained of breathing difficulties on December 26 but there were delays in the ambulance service. On December 28, he was taken to Glenfield Hospital where he had to wait for 17 hours in a “cold waiting room” before being admitted to a ward around midnight on December 29 with his health declining.

His daughter Balbinder Kaur said a nurse told the family that Banwait was “doing fine” but there was a “short supply” of oxygen machines. Banwait later died of major organ failure.

The chain of events leading up to his death took place at a time when the NHS was struggling to cope with a surge in the number of patients using accident and emergency services in Leicester.

“[My father] told me while we were in the hospital, ‘I can’t believe we’re in the UK and I’m sitting here, waiting for a bed for this long’. He actually said that when we got out of there, he wanted to speak up on the issue,” Kaur told LeicestershireLive.

“My dad is gone now and there’s nothing I can do about that but the government needs to understand that this is not right,” she said.

Given the family was told the man was not critical when he went in, Kaur wondered how his condition deteriorated “so quickly?”

According to her, “he has been failed.”

She said, “I feel guilty because he went to the hospital at the wrong time. He said when we got there that he just wanted to go home but he was feeling so unwell and if we left it would be considered a self-discharge and we’d have to go through the whole process again. He’d even said to me that he was scared to go because once you go, you don’t come back alive.” She said, “that’s my biggest regret, that we went in the first place because he might still be here.”

According to LeicestershireLive, Kaur raised a complaint with Leicester Hospitals, saying her father did not receive the care he should have.

“All efforts were made to ensure patients with the most urgent clinical needs were seen first,” Furlong said.