Kerala in Southern India becomes the country’s battleground for Coronavirus 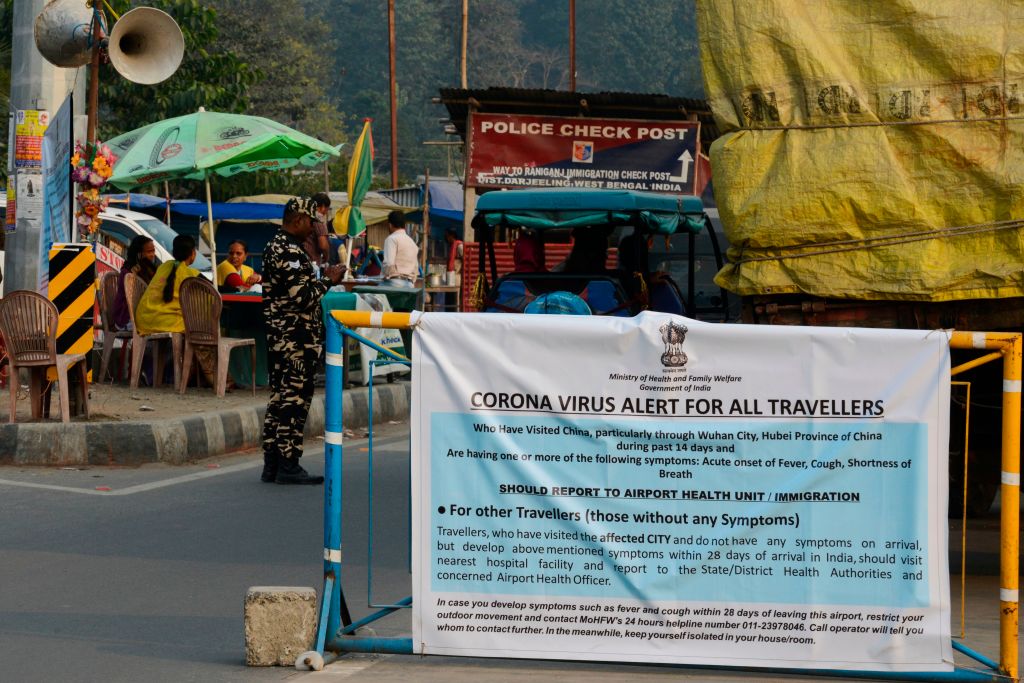 A banner placed by Indian health workers is seen during a Corona virus informarion camp for travellers at an India-Nepal border crossing, some 32 kms from Siliguri (Photo by DIPTENDU DUTTA/AFP via Getty Images)

THE Southern Indian state of Kerala becomes India’s battleground for the novel coronavirus as the third positive coronavirus case confirmed in the state.

Currently, all the three positive cases reported from the country are from Kerala.

The latest confirmed patient is a male-student from Wuhan who is admitted to an isolation ward at a hospital in Kanjangad in Kasaragod district, northern Kerala.

The Kerala health department received the positive sample results of the patient from the National Institute of Virology in Pune on Monday (February 3) morning.

This is the first positive case of coronavirus reported from the northern part of the state.

The first two cases were reported from Thrissur and Alappuzha districts in central Kerala.

Currently, two other patients, are being treated in isolation wards at the Thrissur and Alappuzha Medical Colleges respectively. Both the students had travelled together to Kochi from Wuhan, China.

The Indian government has set up a task force to formulate precaution need to be taken to prevent the spread of the virus. It has representatives from health, home, civil aviation and women and child development.

The Indian government has also issued a travel advisory for people travelling from China.

India evacuated 647 citizens from the virus-hit Wuhan in China, so far.

The novel coronavirus infection has spread to 25 countries so far. At least 361 deaths and 17,205 cases of the virus have been reported from China.

The Philippines on Sunday reported the first death due to novel coronavirus infection outside China.

Entertainment
In my head, I have amazing babies with Vin Diesel: Deepika