Kartik Aaryan Interview: “Now I want scripts to be written specially for me” - EasternEye

Kartik Aaryan Interview: “Now I want scripts to be written specially for me”

Almost one year after the stupendous success of his last release Sonu Ke Titu Ki Sweety (2018), rising Bollywood star Kartik Aaryan is now ready with his new film Luka Chuppi. Produced by Dinesh Vijan and directed by debutant Laxman Utekar, the comic-caper also features Kriti Sanon in the lead role and revolves around a Mathura-based couple that plans to give live-in relationship a shot before getting hitched but pretends to the rest of the world that they are married. However, things take a comic turn when the guy’s family also decides to live with them.

Ahead of the release of the much-awaited movie on 1st March, Eastern Eye correspondent Mohnish Singh catches up with Kartik Aaryan in Mumbai to talk to him in detail about Luka Chuppi, a sudden surge in films about small-towns and how things have changed for him after Sonu Ke Titu Ki Sweety hit a home run. The actor also opens up about how work and busy schedule leaves him no time for his family and loved ones.

How familiar are you with “Luka-Chuppi” (Hide-and-seek)? I am talking about the game.

I used to love playing ‘luka-chuppi’ in my childhood, just like any other kid. I am from Gwalior and kids over there love this game like anything. I remember I used to play hide-and-seek with my school friends and friends in my neighbourhood. We used to cheat a lot while playing the game though (laughs).

What memories flashed through your mind when you heard the title of the film?

When I heard the title of the film for the first time, all childhood memories related to the game ran through my mind. At the same time, the title also hints at some strange goings-on between the boy and the girl. So that element also attracted me.

After the massive success of Sonu Ke Titu Ki Sweety, expectations are really high from you. Does that mount any pressure on you as an actor?

First of all, I am happy with that. After Sonu Ke Titu Ki Sweety, people’s expectations had definitely increased. So, keeping those expectations in mind, I was looking for a script that had a perfect blend of good content and commercial cinema. All the scripts which I read after Sonu Ke Titu Ki Sweety, Luka Chuppi was the only script I found these two elements in. It had terrific content. It had everything that you look for in a product of commercial cinema, ranging from good songs to engaging content which appeals to everybody.

So the script of Luka Chuppi excited me a lot and I decided then and there that it was going to be my next film after Sonu Ke Titu Ki Sweety. I am more excited about its release than being nervous because people have really appreciated the trailer of the film and songs are also doing great. Ever since the first communication, the trailer, of the film has come out, everything has been positive touchwood, so I am really excited. The film has oodles of hilarious moments which have been not shown in the trailer. You will see them when you watch the movie.

Suddenly, there is a rise in stories which are based in small towns of India and some of them have performed really well at the box-office. Was that also one of the reasons you said yes to the film as it is based in Mathura?

See, this is completely new territory for me. It is the first time when I am playing a full-fledged small-town guy called Guddu Shukla. I am playing a reporter and that is also for the very first time. My channel’s name is Mathura Live, which was also the title of our film before.

So playing this small-town guy was very different for me as I have always played a Delhi guy before. It was a completely different world for me. To get into the skin of the character, I had to work on my dialect too. Though Guddu is an educated chap, he has not shunned his local dialect completely. Instead of saying ‘Hello’, he would say ‘Radhe-Radhe’. So these small characteristics made this role really interesting for me to play. I thoroughly enjoyed playing Guddu Shukla.

Though I am also from a small town, Mathura has a different dialect altogether. Sonu (from Sonu Ke Titu Ki Sweety) was very urban. He was a Delhi guy who is very street-smart. Guddu, on the other hand, is a very honest guy who always does the right things. He is vulnerable and raises his voice only at the right time. But the way he does his stuff leads to comedy of errors. In the film, you will see he gets into one problem after another despite him trying his best to do things the right way.

Coming to Sonu Ke Titu Ki Sweety, did you ever expect that the film would do so well at the box-office?

Frankly speaking, I knew people would love the film, but I had no idea that it would do so well and earn over ₹ 100 crores at the box-office. When I heard the script of the film for the first time and read my character in it, I totally loved it. I was very excited to get to play a character like Sonu. See, it is extremely important for an actor to get meaty roles or roles which display his acting skills. Sonu was that character for me.

How things have changed after the huge success of the film?

It took me 7 years to reach where I am today. I have struggled a lot and done a lot of things to get here. This position is very valuable for me which I don’t want to lose. So things have definitely changed after Sonu Ke Titu Ki Sweety. Before that film, I did not have many options when it comes to scripts. After SKTKS, the scenario has changed. Now I have become an option in directors and producers’ mind, which was not the case earlier. So that is a great thing for me. But now my struggle is different; now I want scripts to be written specially for me. So there are different struggles on different levels.

As you would agree with me, the trend of live-in-relationships is more popular in metros than small cities like Mathura, where your film is based. Do you think audiences in small towns will relate to the subject of the movie?

Live-in-relationships face problems here in Mumbai also (laughs). Jokes apart, the response which our trailer has received from small towns is overwhelming. It has broken records of many big-ticket films in terms of viewership. The trailer has garnered millions of views which, frankly speaking, we had not expected. Obviously, we knew that people would love the trailer and also the film upon its release, but the response to the trailer has exceeded our expectations, which is a good thing.

Talking about the subject of the film, I feel people in smaller cities would definitely relate to it because they have liked the trailer. It is not a film which shows anything wrong. The audience is not going to learn anything bad from it. There have been films made on this topic before, but no filmmaker has tried to put it forward in a comical way. This is the first film where the entire family is going to live with this live-in couple that automatically creates scope for so much fun. There is a lot for family audience in this film and I know they are going to watch it because my family also saw the trailer and liked it.

What are some drawbacks of being too busy and famous?

Now I get very less time for my family and loved ones. That is the guilt in my head. There is also a fear inside me that if I go into a relationship with somebody, then because of my career and busy schedule, I won’t be able to give time to it. I live with my parents now, but still, I am not able to give time to them. 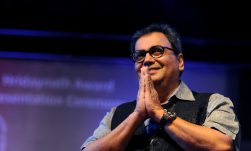 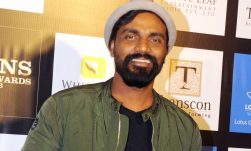 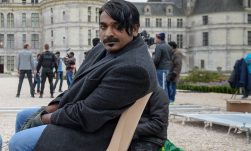 Entertainment
Vijay Sethupathi to play antagonist to Prabhas in Salaar?