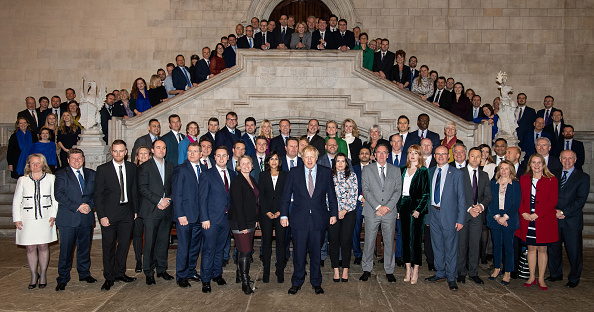 PRIME MINISTER Boris Johnson’s former race adviser, Samuel Kasumu, said he feels the government is stoking a “bitter culture war” that could lead to another “Jo Cox, Stephen Lawrence and Windrush scandal” – referring to the murder of a Labour MP, a black teenager and discrimination by the Home Office against migrants predominantly from the Caribbean.

In an interview with the Guardian, Kasumu urged politicians to dial down the rhetoric, instead of inflaming tensions.

He said, “If I was going to go to William Hill today and place a bet on what the most likely option is, I’d probably say a Jo Cox, a Stephen Lawrence, a Windrush scandal is where we’re headed if you don’t find a way to overcome this cultural moment.”

Ministers “must be the ones to try to help drive that change”, he said, in comments made for the first time since his resignation in April as the prime minister’s special adviser for civil society and communities.

The 33-year-old also alleged that some people in the government feel like the right way to win is to pick a fight on the “culture war and to exploit division”.

Kasumu noted how people have short memories and have “already forgotten about Jo Cox”, the MP who was murdered by an extremist this week five years ago while campaigning in her constituency of Batley and Spen in north Yorkshire.

Referring to the 2016 incident, Kasumu said it was his belief that the man who killed Cox was “radicalised” and worked into a “frenzy” by the culture war narratives in certain newspapers and pushed by media commentators.

Describing the prime minister as a liberally minded person, Kasumu said there is a disconnect between Johnson and “Johnsonism”.

“When I think about my interactions with the prime minister, he was always very supportive about things that I wanted to do. And I would actually go further and say that he was often more keen for me to go further, to be even more ambitious,” he said.

Kasumu’s revelations come after his resignation letter from February was leaked, as he accused the Conservatives of pursuing a “politics steeped in division” and his suggestion that equalities minister Kemi Badenoch may have broken the ministerial code in her Twitter attack against a black female journalist.

At the time, he was reportedly persuaded to remain in place by UK vaccine minister Nadhim Zahawi to continue his work on overcoming hesitancy to the Covid-19 jab among certain communities.

Kasumu later quit in April after a government-backed review said Britain is no longer a country where the “system is deliberately rigged against ethnic minorities”.