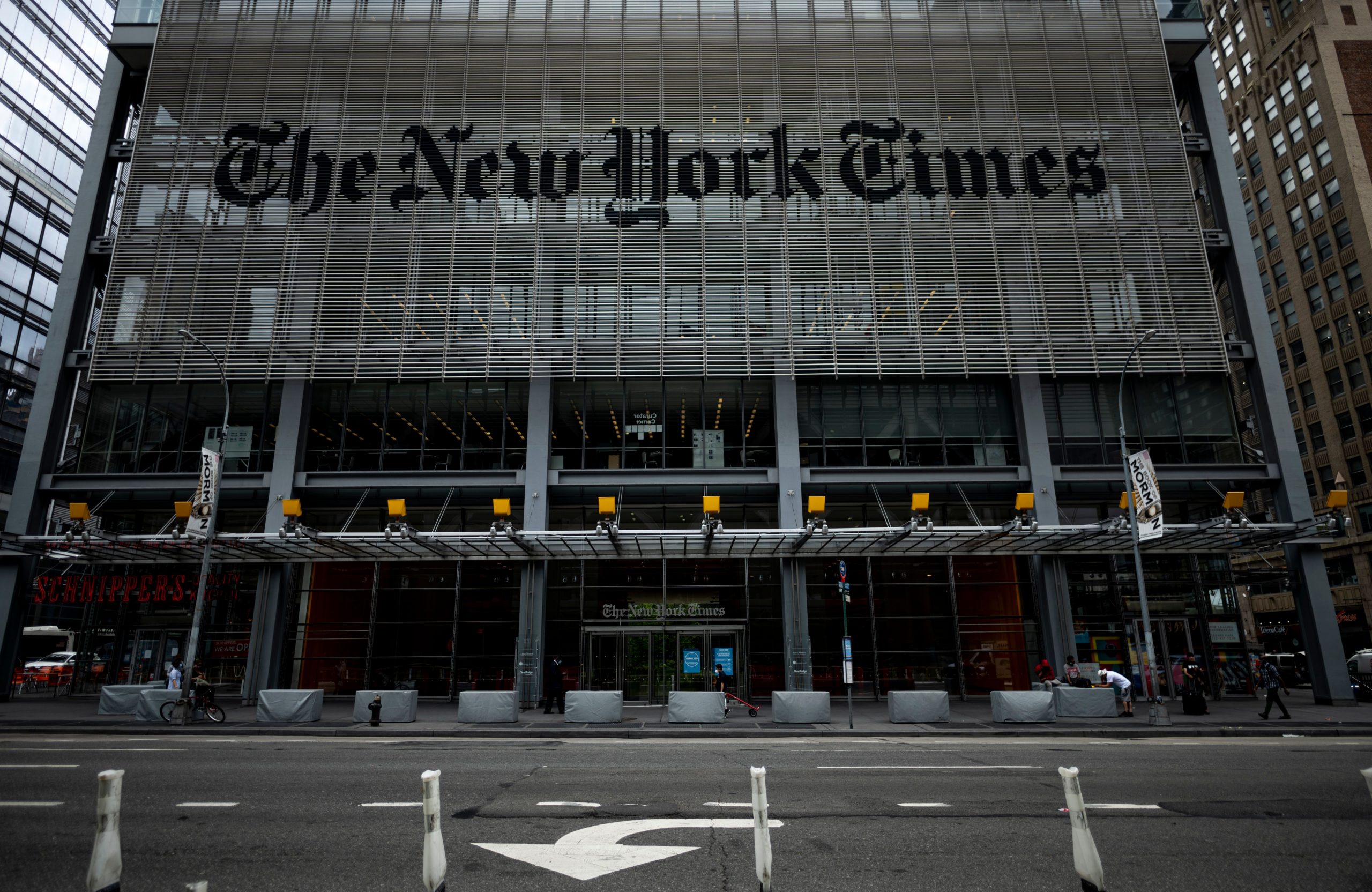 MAKING THE NEWS: The job description has been slammed for being seemingly critical of Narendra Modi and his government. (Photo by JOHANNES EISELE/AFP via Getty Images)

THE New York Times, one of the world’s most influential newspapers whose motto since 1896 has been to publish “all the news that’s fit to print”, itself made headlines last week when it was accused of being biased against India’s prime minister Narendra Modi – and being “anti-Indian” and “anti-Hindu”.

The controversy was triggered by the wording of a recruiting advertisement the paper posted for a reporter to join its bureau in India.

Others, however, defended the publication and argued there was nothing remotely contentious about the ad.

The job description read: “The New York Times is seeking an experienced, enterprising journalist to lead economic and business coverage of India, an aspiring global superpower with a rich history on the cusp of a major inflection point.

“India will soon surpass China in population, if it hasn’t already, and has ambitions of winning a greater voice on the world stage. Under Narendra Modi, its charismatic prime minister, India has moved to rival China’s economic and political heft in Asia, a drama playing out along their tense border and within national capitals across the region.

“Domestically, India is a melting pot of people and languages grappling with difficult questions of class and wealth disparity. It has a well-educated and aspiring middle class coveted by Amazon, Walmart and other major global companies. A new class of Indian business tycoon has won a rapt audience on Wall Street and London.

“Yet hundreds of millions of people are struggling for a better life for their children, and India’s once fast-growing economy is showing signs of stalling.”

The paragraph that stirred up the strong backlash from Modi supporters read: “India’s future now stands at a crossroads. Mr Modi is advocating a selfsufficient, muscular nationalism centered on the country’s Hindu majority. That vision puts him at odds with the interfaith, multicultural goals of modern India’s founders. The government’s growing efforts to police online speech and media discourse have raised difficult questions about balancing issues of security and privacy with free speech. Technology is both a help and a hindrance.”

It went on: “The position includes coverage of neighboring countries like Pakistan, Bangladesh, Nepal, Sri Lanka, Bhutan and the Maldives, each with its own rich history and complicated relations with its enormous neighbor.

“We are looking for a self-starting correspondent who can explain these forces to a global audience. The position requires a strong writer with the ability to juggle breaking news, smart analysis and ambitious enterprise. We want someone eager to react quickly to news as necessary, but who is also able to write thoughtfully and deeply about important issues and events, with an empathetic ear for the people of India and the region.”

It said: “This position will be based in New Delhi. The ideal candidates will have experience developing a network of journalists, a critical foundation for covering such a broad region.

“The ideal candidate will have some of these qualities – knowledge of India, the region and its place in the world. Broad international reporting experience, preferably for a global news organization. Experience working in multiple languages. A keen eye for news and other great stories, borne of experience reporting and writing. Commitment to the New York Times’s strategy, standards and mission.”

An army of Modi supporters took to social media, more or less echoing the criticisms levelled against the newspaper by Kanchan Gupta, who describes himself as “senior adviser, Ministry of Information & Broadcasting, government of India, New Delhi”.

He tweeted: “The @nytimes has dropped all pretences of impartiality with this job ad for a south Asia correspondent. They are clearly looking to hire an anti-Modi activist who can also stoke anti-India sentiments in our neighbourhood. With this, the paper qualifies as a foreignfunded NGO.”

He was backed by hundreds, including someone called Vivek Ranjan Agnihotri, who describes himself thus: “I exist because you do. Philosophy. National Award Winning Filmmaker. Bestselling Author. Free Thinker. #CreativeConsciousness #UrbanNaxals #WhoKilledShastri”

He tweeted: “A quick lesson in how to become an international journalist with @nytimes. If you are a Modi/RSS/BJP/Hindu hater, NYT is for you. Doesn’t matter if you are even a dreaded criminal.”

Referring to individual commentators and groups who are not regarded as being ardent Modi supporters, he added: “Young Rana Ayub’s, Barkha Dutts & #UrbanNaxals – pls apply.”

However, among those who defended the New York Times was India’s Quint general news and opinion website, which pointed out that “contrary to the proclamations by some Twitter users and media outlets, nowhere does NYT’s job description state that its requirement is a candidate with an ‘anti-Modi’, ‘anti-Hindu’, and ‘anti-India’ stance.”

It argued: “What the media organisation has put forward in its job description is a critical view of the political climate and the government of the day, and has sought a candidate ‘who can explain these forces to a global audience’ – as should be the job of the media in any democratic country, to hold those in power to account, providing a critical perspective.”

Doesn’t BJP stand for Hindu Rashtra? & attack the secularism of the Founders? So what exactly is the fuss about?”

The paper sets out its own forward looking responsibilities as an employer: “The New York Times is committed to a diverse and inclusive workforce, one that reflects the varied global community we serve. Our journalism and the products we build in the service of that journalism greatly benefit from a range of perspectives, which can only come from diversity of all types, across our ranks, at all levels of the organization.

“Achieving true diversity and inclusion is the right thing to do. It is also the smart thing for our business. So we strongly encourage women, veterans, people with disabilities, people of color and gender nonconforming candidates to apply.

“The New York Times Company is an Equal Opportunity Employer and does not discriminate on the basis of an individual’s sex, age, race, color, creed, national origin, alienage, religion, marital status, pregnancy, sexual orientation or affectional preference, gender identity and expression, disability, genetic trait or predisposition, carrier status, citizenship, veteran or military status and other personal characteristics protected by law. All applications will receive consideration for employment without regard to legally protected characteristics.

“The New York Times Company will consider qualified applicants, including those with criminal histories, in a manner consistent with requirements of applicable state and local ‘Fair Chance’ laws.”