India’s manufacturing sector recorded a sluggish growth in August 2018 following soft domestic demand, according to a private business survey released on Monday (03) that analyses the health of the major economies around the globe.

The Nikkei India Manufacturing Purchasing Managers’ Index (PMI) compiled by IHS Markit was at 51.7 in August from 52.3 in July. The latest data highlighted a modest improvement in manufacturing conditions compared to July.

“August survey data indicated that operating conditions improved at the slowest pace since May, mainly reflecting slower gains in output and new orders. On the price front, input cost inflation eased further from June’s multi-year high and registered below the series trend. Subsequently, firms raised their output charges at the slowest rate since April. Meanwhile, business optimism towards the 12-month outlook for output softened from July’s three months high,” the survey said.

Output rose further in August, thereby extending the current period of expansion to 13 months. Strong underlying demand was the key factor behind the latest upturn, according to the analysts. Although solid, the rate of expansion eased for the second successive month.

Orders from abroad moved up for the 10th consecutive month during August, strongest since February.

Indian manufacturing companies raised their purchasing activity for the third month in succession during August.

“….PMI data suggested that external demand for Indian goods was also robust, with new export orders rising at the fastest pace since February… Indian manufacturers retained positive projections for output over the next 12 months, but the level of sentiment eased in August. Indeed, some of the key headwinds facing the economy include high global oil prices, monetary policy tightening, and capital outflows from emerging markets.” said Aashna Dodhia, Economist at IHS Markit.

Meanwhile, boosting the investors confidence, India’s gross domestic product (GDP) in the first quarter of current financial year of 2018-19 recorded a 15 quarter high growth at 8.2 per cent, much higher than the 5.6 per cent growth recorded during same period in the last fiscal year, according to the data released by the India’s Ministry of Statistics and Programme Implementation on Friday (31). 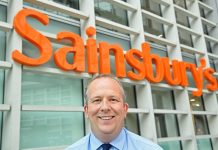 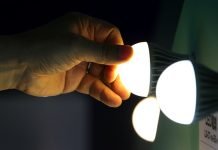