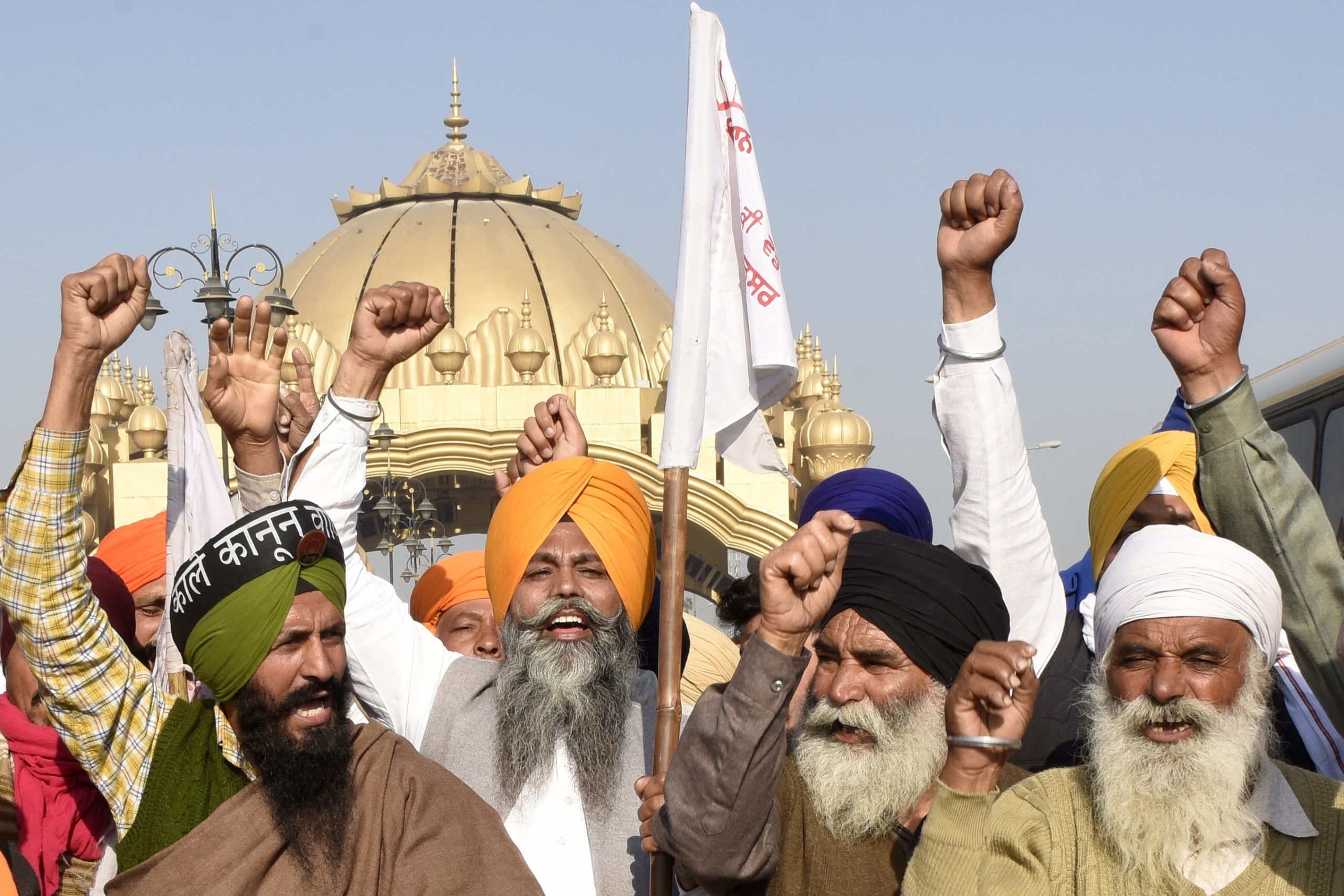 Farmers shout slogans as they take part in a demonstration and move towards Delhi to join the farmers who are continuing their protest against the central government’s recent agricultural reforms in Amritsar on March 5, 2021. (Photo by NARINDER NANU / AFP)
Follow Us

India’s protesting farmers have received a proposal from the government addressing some of their demands, including minimum support prices for all produce, not just rice and wheat, farm union leaders said on Tuesday.

Tens of thousands of farmers have staged long-running protests to persuade prime minister Narendra Modi to repeal three new agriculture laws from late 2020. Last month, Modi made a surprise u-turn, saying he would roll them back.

Despite Modi’s climbdown, farmers have continued to press the government to meet other demands such as Minimum Support Prices (MSPs) for all produce.

“We’re going to meet tomorrow to go through the proposal of the government before taking a call on our future course of action,” said Yudhvir Singh, a senior leader of Samyukta Kisan Morcha, or United Farmers’ Front, a coalition of farmers unions.

At present, the government mainly buys rice and wheat at MSPs, which benefits barely 6% of India’s millions of farmers.

Other farmers’ demands outstanding include retracting legal cases filed against the protesting growers and compensation for the families of those who died during the protests.