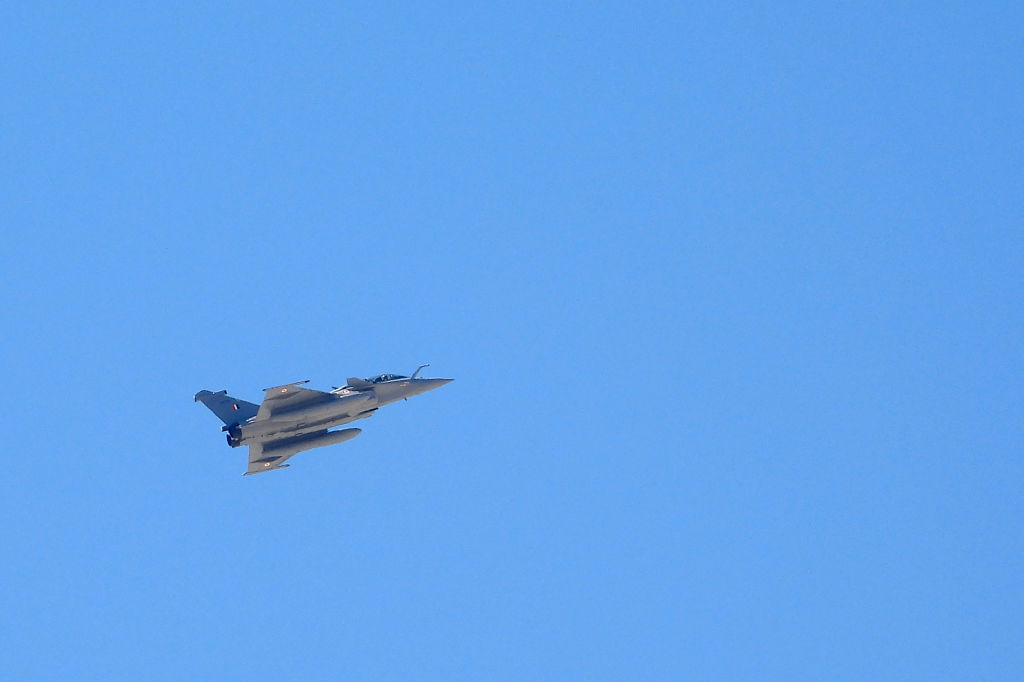 An Indian Air Force Rafale jet flies over Leh, the joint capital of the union territory of Ladakh bordering China, on September 21, 2020. (Photo by MOHD ARHAAN ARCHER/AFP via Getty Images)

INDIA tested its new French Rafale jets near the China border to send a ‘strong message’ to the neighbour.

The”familiarisation” flights flew above the border region contested with China where a deadly clash between soldiers from the nuclear-armed neighbours took place in June, an official said.

The first five planes of a $9.4 billion order for 36 Rafale aircraft were formally commissioned on September 10, with defence minister Rajnath Singh calling them a “strong message” to New Delhi’s adversaries.

“Rafale fighter jets have been familiarising in our operational areas including Ladakh,” a senior air force official said.

In mid-June, Chinese and Indian soldiers engaged in violent hand-to-hand fighting in the Ladakh region that left 20 Indian troops dead.

China has also acknowledged suffering casualties but has not revealed any figures.

In another incident in early September, shots were fired for the first time in 45 years on the border with China.

The announcement of the Rafale flights came as military commanders from both sides held their latest round of talks aimed at easing tensions along the disputed Himalayan border.

It was not revealed when the flights commenced, but an AFP photographer saw a Rafale jet fly over Ladakh’s capital Leh on Monday(21).

The defence ministry had said during the commissioning that the fighter planes had “already flown and familiarised with our operational environment” without specifically mentioning Ladakh.

“(The Rafales) have undergone intense integrated training with other combat fleets including firing of advanced weapons,” that statement added.

India acknowledges it is behind China and other key nations in military firepower, and the purchase of the Rafale jets is one of many made in a bid to bolster its 1.4 million-strong army. 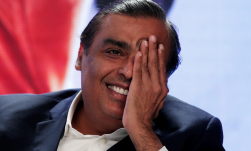 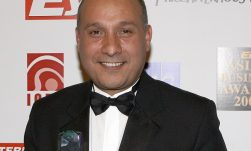 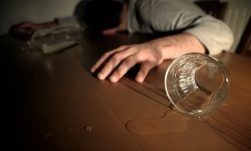 Bollywood actors who have featured in international TV series