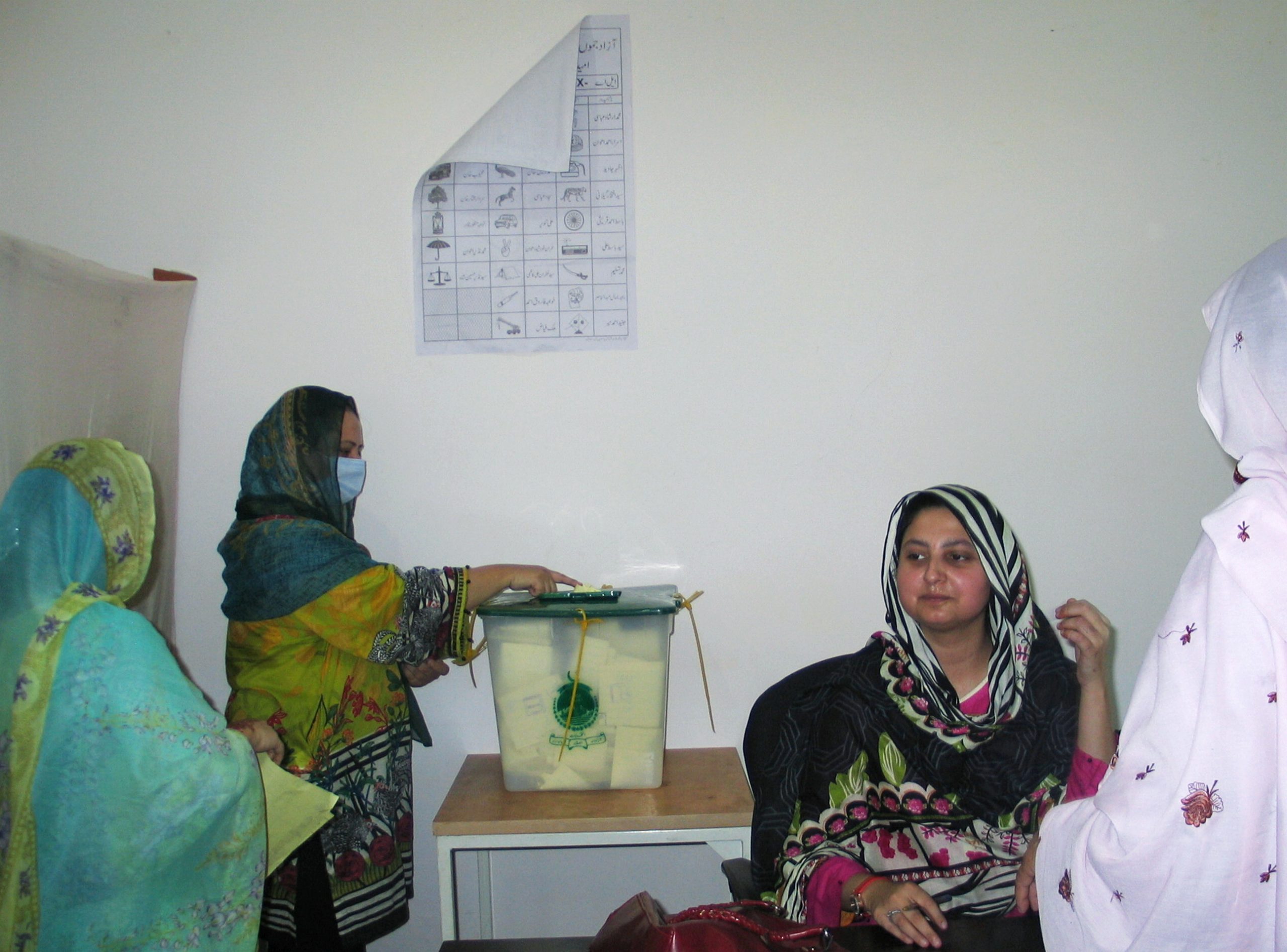 A woman casts her ballot at a polling station during voting to elect lawmakers for the legislative assembly in Pakistan-administered Kashmir, in Muzafarabad, July 25, 2021. REUTERS/Abu Arqam Naqash

PRIME Minister Imran Khan’s Pakistan Tehreek-e-Insaf (PTI) party is set to form the next government in Pakistan-administered Kashmir as it emerged as the largest political party in the legislative assembly election.

However, the democratic exercise was marred by allegations of irregularities and violence.

Muslim Conference (MC) and Jammu and Kashmir Peoples Party (JKPP) were successful in one seat each.

PTI got a simple majority to form the government without the support of any other party. It is for the first time that it will form a government in Pakistan-administered Kashmir.

Traditionally, the ruling party in the country wins the elections in the region.

The assembly has a total of 53 members but only 45 are directly elected, while five seats are reserved for women and three are meant for technocrats.

The directly elected 45 members include 33 residents of Pakistan-administered Kashmir and 12 refugees who came over the years from Kashmir and settled in various places of Pakistan.

India has previously slammed Pakistan for its decision to hold elections in Gilgit-Baltistan and said any action to alter the status of the region has no legal basis.

PPP and PML-N, have accused Khan’s party of “rigging” the elections.

“There is proof of systematic rigging in the election,” PPP’s vice-president and senator Sherry Rehman said.

She said PTI workers attacked PPP functionaries during the polling time, while police had uprooted a camp belonging to her party.

“PTI has been allowed to engage in hooliganism with complete liberty,” she said.

However, the region’s Election Commission rejected the allegations and said that the polls were fair and peaceful.

At least two PTI workers were shot dead by unidentified men during clashes with PPP activists at a polling station in the Charhoi area of Kotli district on Sunday (25).

Four soldiers were killed while three army personnel and a civilian driver were injured when their vehicle plunged down a ravine off a curvy mountain road in the Laswa area of the region, the military said in a statement.

The soldiers were part of army troops deployed to help maintain peace during the elections.

In another incident, five police constables were injured after Jamaat-e-Islami activists attacked them with batons at the Dhal Chakhya polling station of Jhelum valley district.

PML-N had won the last general elections to the legislative assembly held in July 2016.