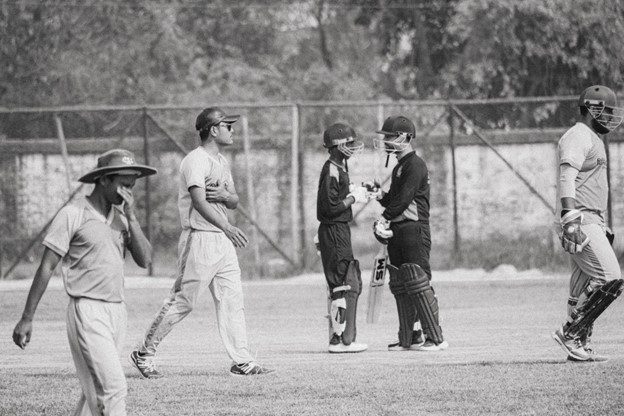 Based out of Chicago, Illinois, Fahad Babar is one player that had managed to earn a reputation for his ability on the cricket pitch with Team USA once upon a time.

He has not been seen for a while in regard to representing his country, however with the team looking to try and qualify for the ICC Cricket World Cup, is there a space for him to try and obtain and perhaps help to take the USA to the 2023 edition of the tournament?

In this article, we will take a look at what Babar has managed to achieve in his career to date for his country, and look at whether the 30-year-old could make a difference out in the middle, or whether the USA would be best suited to continue to go down the route that they appear evidently ready to take as they seek qualification.

How has Farhad Babar fared when he has played for the USA?

An opening batter, Farhad Baber has only had a handful of tries to make Illinois proud regarding what he can achieve out in the middle for his country in truth.

Indeed, according to the batting statistics and the data collected by ESPN Cricinfo, it would seem that he had a very short-lived run in the side and that he is not a player that the country has really considered too much in the recent past.

In regard to their qualification for the ICC Cricket World Cup, the League 2 matches are played as an ODI – a 50-over game – so it would only be right to look at Barbar on this particular metric, as other versions of cricket can either see players find themselves a little uncomfortable, or they can find that it simply does not suit their style of game as there is too much that they need to adapt to.

Known as List A. Babar has only represented the USA in two matches thus far in his career according to the statistics – and for an opener, his average is rather poor, which may explain why the Chicago native has not made an appearance in February 1, 2017, when he played for ICC Americas against Jamaica. The 30-year-old managed just 29 runs across the two fixtures played, with a high score of 24, leaving him with an average of 14.50 after having faced 54 balls and acquiring a strike rate of 53.70.

He has shown that he has the ability, though, as he once managed to score 278 in a 30-over match in Chicago league cricket, however international cricket is unquestionably a whole different level of competition and one that requires players to be playing at the top of their game.

Would he have an impact on the USA squad in the ICC Cricket World Cup League 2 qualification process?

Of course, it would be hard to simply say yes or no as to whether he would have a positive impact on the team in their quest to qualify for the ICC Cricket World Cup in 2023, however, there may have been some that may have asked for him to come back into the fold.

The USA would ultimately like to achieve qualification to the ICC Cricket World Cup Qualifier round, however, they are struggling to finish in the top three at writing. Indeed, some in Illinois might suggest Babar could change that around if given the chance.

With the availability of Illinois online sportsbooks and following the changes to regulations within the state, there may be some who will have been interested in placing wagers on the team’s progress, with some perhaps likely to feel a little more confident if they were to see Babar in action.

Nonetheless, those that are currently considering wagering on the USA and their chances of qualifying for the major tournament that is scheduled to be played next year, will have to hope that the team that has been selected will be able to get the job done.

The USA opts to try something different for the upcoming series

As mentioned, Babar has not been selected to participate in the upcoming series that is being played in the ICC Cricket World Cup League 2 process, however, there have been a number of players to have been given a call up to see if the country’s fortunes change somewhat.

The USA is about to host a Tri-Nation Series against Scotland and the United Arab Emirates as part of the 12th round regarding the sports tournament’s scheduling, with a lot of games that have had to be rearranged. This series will see six ODIs be played between the three nations, with each of the games being played at Moosa Stadium in Pearland, Texas.

The current group of players to have been selected for the upcoming game are:

Given the current league standings as of the time of writing, it would be difficult to see the USA have much of a chance, especially as both of the other sides have some cricket pedigree behind them. Scotland and the UAE currently rank second and third respectively in the standings and will be looking to push on.

What are the fixtures and schedule of play?

Naturally, there will be some that will be interested to know when the next matches in this Tri-Nation series, therefore we have provided the information below, with two series to be played:

Of course, the USA will need to be able to ensure they acquire a positive result from this Tri-Nations series, in order to improve their chances of achieving qualification to the ICC Cricket World Cup in 2023, however it seems Fahad Babar is not going to be involved in the process any time soon.

Sadiq Khan urges Londoners to donate blood and save lives

What casino games are popular in the Philippines?