Hemal Dev: The spirit of a fighter 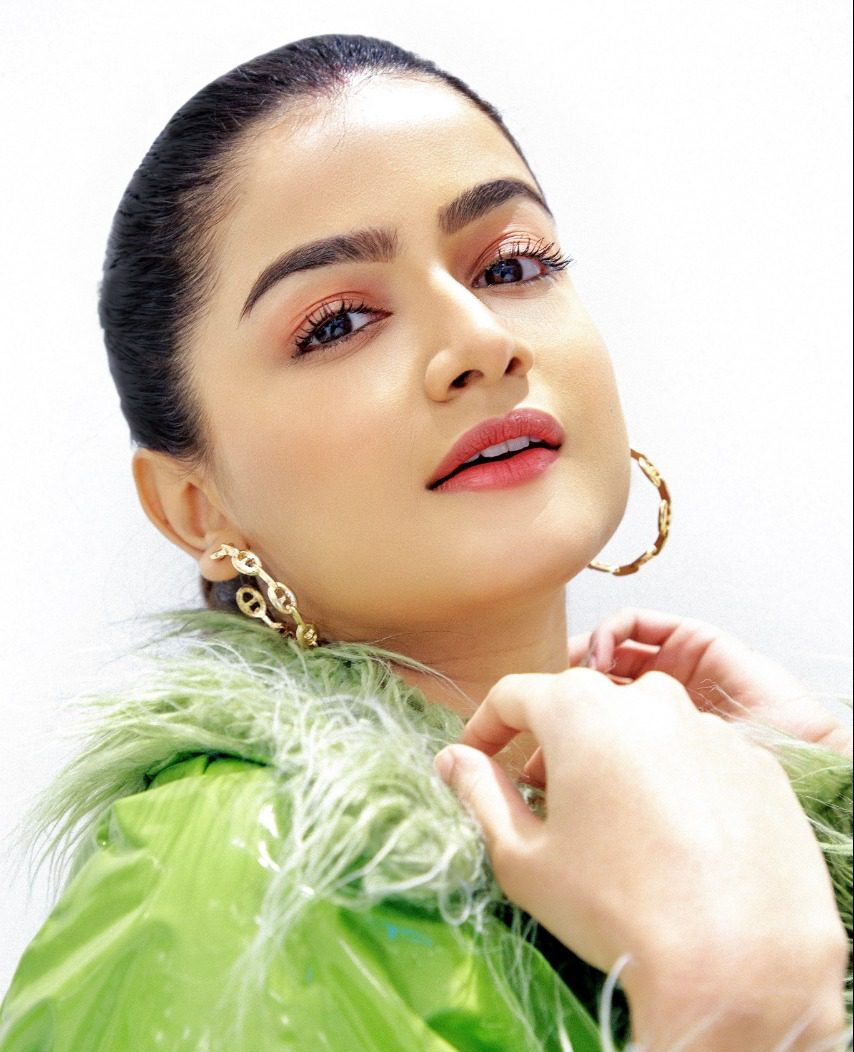 HISTORICAL drama series Vidrohi may have recently come to an end, but it made a huge impact with its highly charged storyline, memorable characters, and impactful performances.

The Star Plus serial’s breakout star has been actress Hemal Dev, with her portrayal of a fierce, inspiring, and outspoken 19th century warrior princess. The brave character has connected strongly with audiences, especially women, and turned the young actress into a strong symbol of girl power. Even though the show concluded this month, she describes her character Kalyani as being straight out of a dream and was happy to discuss her Vidrohi journey with Eastern Eye, along with her dream role, acting and desire to master dance.

What was the experience of playing a warrior princess in Vidrohi?
The best experience was definitely doing the action scenes. I couldn’t have asked for more. Being a woman, and so new in the industry, you don’t always easily land roles where you get to do action. Women doing action stories is not a conventional thing, so I feel super lucky to have landed this role at such an early stage in my career. With action you learn how to get it right, but also achieve a greater goal of inspiring women.

Tell us about that?
I meet so many girls who tell me that looking at Kalyani inspired them to learn self-defence, swordskills, and martial arts in general. Kalyani has influenced younger girls to protect themselves, which makes me feel very proud.

What has been your favourite moment on the Vidrohi journey?
My favourite moments on the Vidrohi journey have been understanding how this medium works. As an actor, TV is the toughest medium and I have an immense amount of respect for all actors who work in this extremely demanding space. You don’t have the luxury of time when it comes to pre-production or preparation. It’s all what you do in that moment, which is beautiful because whatever comes through is with talent and nothing else. It’s the actor’s spontaneity and alertness at that moment. So, TV and Vidrohi taught me that and I really cherish it.

What has it been like working during the pandemic?
There has been a lot of pressure because working in a pandemic means following many standard operating procedures and even after taking so many precautions, a lot of times they don’t work because Covid is a virus you can’t fight. After following rules, doing everything possible, wearing masks, shielding, and sanitising my hands a gazillion times a day, I realised that it’s something we are going to live with for a really long time. So, there was acceptance after a point.

A lot of your co-actors caught Covid; what was that like?
That was high pressure itself. Being a lead meant I had to make sure I didn’t catch it because the entire responsibility was on my shoulders, after my co-actors caught it. I became the sole person who had to keep the show running, so took that pressure and responsibility. I had to be super careful and by God’s grace haven’t caught it so far and am very grateful for that.

What do you enjoy watching?
I’m a fan of thrillers. I love watching content that gets my heart racing and gives me goosebumps. I love watching films that give you an aspirational feel, which may be unrealistic sometimes where the hero is fighting a hundred people all at once, but at the same time I love realism as well. It completely depends on whether the director makes that universe for me. I’m just a big fan of good storytelling. So, if the direction is good, I’m all in.

Do you have a dream role?
I definitely want to star in a biopic. That excites me. I have been wanting to do that ever since the whole wave of biopics started.

If you could master something new, what would it be?
If I want to do something, I make the time to take classes or just go for it. Right now, there’s nothing on my bucket list, but I have been planning to try my hand at classical dancing and learn Kathak because I want to learn footwork. Classical dancing is the best way to get rhythm and understand the beats, which I want to master.

What is the best advice you ever got?
The best advice I ever got was from my mother, which I strongly believe in. That is, ‘everything happens for a reason and you have to trust timing’.

Tell us something not many people know about you?
I’m a big-time foodie and a vegan. I try to find recipes that use vegan ingredients and make it at home. So, this is one thing not many people know. I love to eat food, but don’t compromise just because I’m vegan. I don’t ever compromise on my vegan journey. I always try to find vegan alternatives for myself, to make sure I enjoy the same kind of food as everyone else.