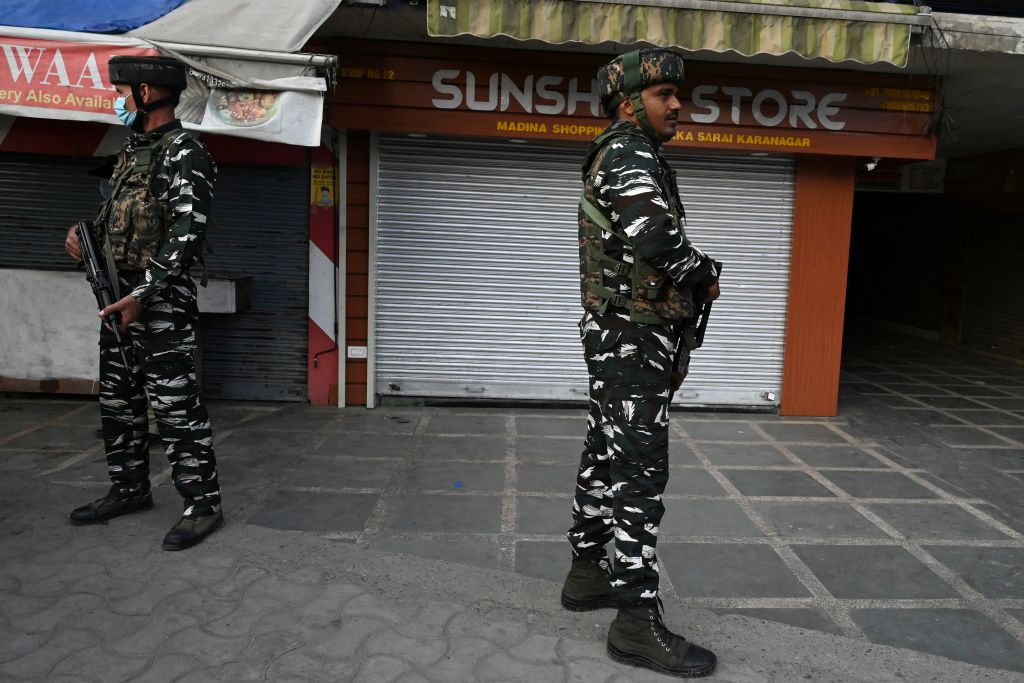 Indian security personnel stand guard near the site where a man was shot dead by unknown gunmen in the Karanagar area of downtown Srinagar on October 2, 2021. (Photo by TAUSEEF MUSTAFA/AFP via Getty Images)

Two men, one a prominent medical shop owner and the other a street hawker from the Indian state of Bihar, were killed in the space of an hour in the main city of Srinagar.

Half an hour later, another man was killed in a similar fashion in the Shahgund area north of the city, police said.

Government forces cordoned off the sites of the shootings amidst a major hunt for the assailants.

The Resistance Front, a relatively new rebel group, claimed those attacks, saying the two slain men worked for the Indian security forces, who have been battling an insurgency in the Himalayan territory for the past three decades.

Since August, at least a dozen civilians and police have been killed by suspected rebels.

Rebel groups have been fighting Indian soldiers since 1989, demanding independence for Kashmir or its merger with Pakistan — which controls a part of the divided region and, like India, claims it in full.